PM should back away from 'unfair' budget cuts: Opposition

Opposition leader Bill Shorten says the Abbott government's slump in the polls is deserved and has urged the government to make the budget fairer. But Prime Minister Tony Abbott says voters will understand the coalition's "elemental commitment" to fix the budget. 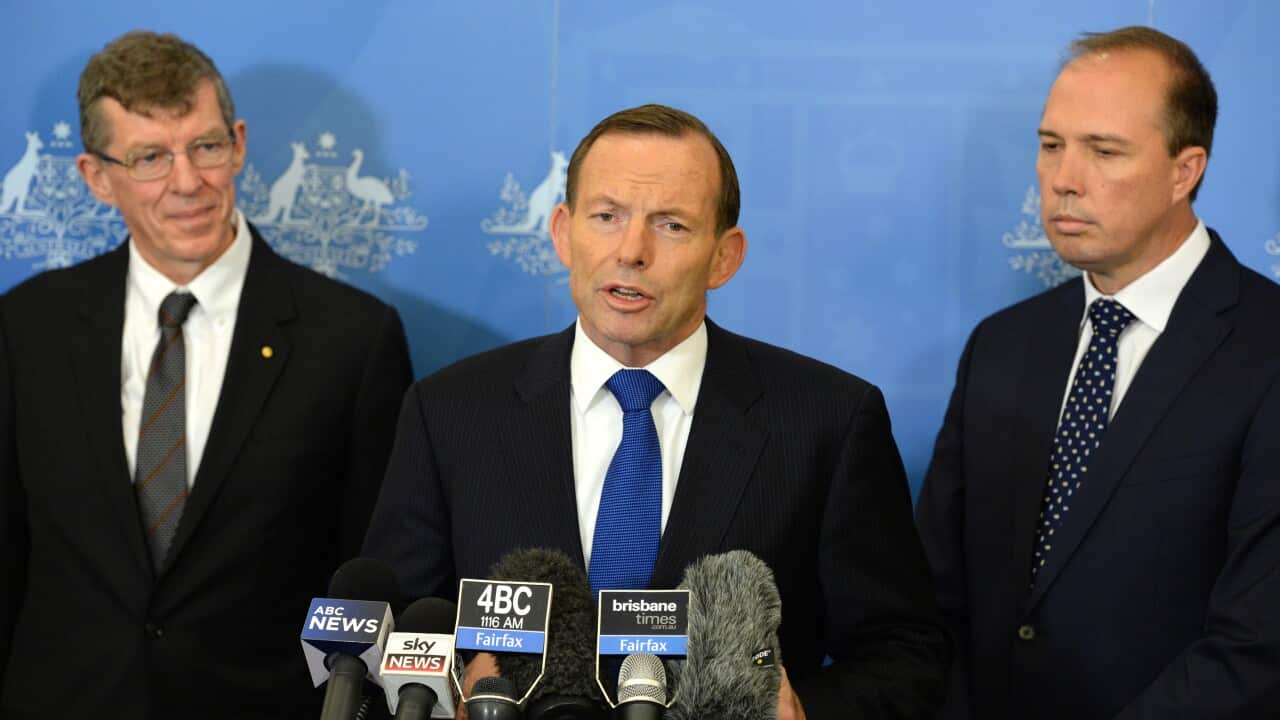 Both Newspoll and Fairfax-Nielsen show a big drop in support for the coalition after last week's unpopular budget, but the prime minister says the results were to be expected.

"We never said it was going to be be easy," Mr Abbott told ABC radio on Monday.

"The last government which brought down a very tough budget - the Howard government in 1996 - took a big hit in the polls too.
Advertisement
"But in the end we were elected not to take easy decisions but to take hard and necessary decisions, and that's what we've done."

"This budget is most certainly an unreasonable and unfair attack on pensioners, on the sick, on the needy and on the poor of our society," Mr Shorten told reporters in Melbourne on Monday.

Nielsen has primary support for the coalition down five points to 35. Labor has surged six points, up to 40 points.
On a two-party preferred basis Newspoll gives the ALP a 10-point lead - 55 to 45 per cent - and has Labor leader Bill Shorten leading Mr Abbott as preferred prime minister by 10 points.
But Mr Abbott shrugged off results showing his personal standing with voters has plunged.
"I'm just getting on with what we were elected to do," he said.

"In the end, my job is not necessarily to win a popularity contest, my job is to run the country effectively."

The polls' findings suggest there is voter anger over the government's $80 billion of cuts to schools and hospitals over the next 10 years, as well as harsh treatment of low-income families and broken promises.

That's the coalition's worst standing since Tony Abbott won the Liberal leadership in December 2009, and the ALP's best result in four months with a rise of four points.

It has Labor's primary support sitting at 40 - up six points - and the coalition trailing behind on 35 - down five points.

If an election were held today, Labor would win government, according to the results.

The swing against the government has also translated to the preferred prime minister, with Mr Shorten enjoying an 11-point lead over Mr Abbott - 51 per cent to 40, according to Nielsen.