Brumbies and Wallabies flanker David Pocock has made allegations of homophobic slurs coming from the NSW Waratahs in their Super Rugby derby. 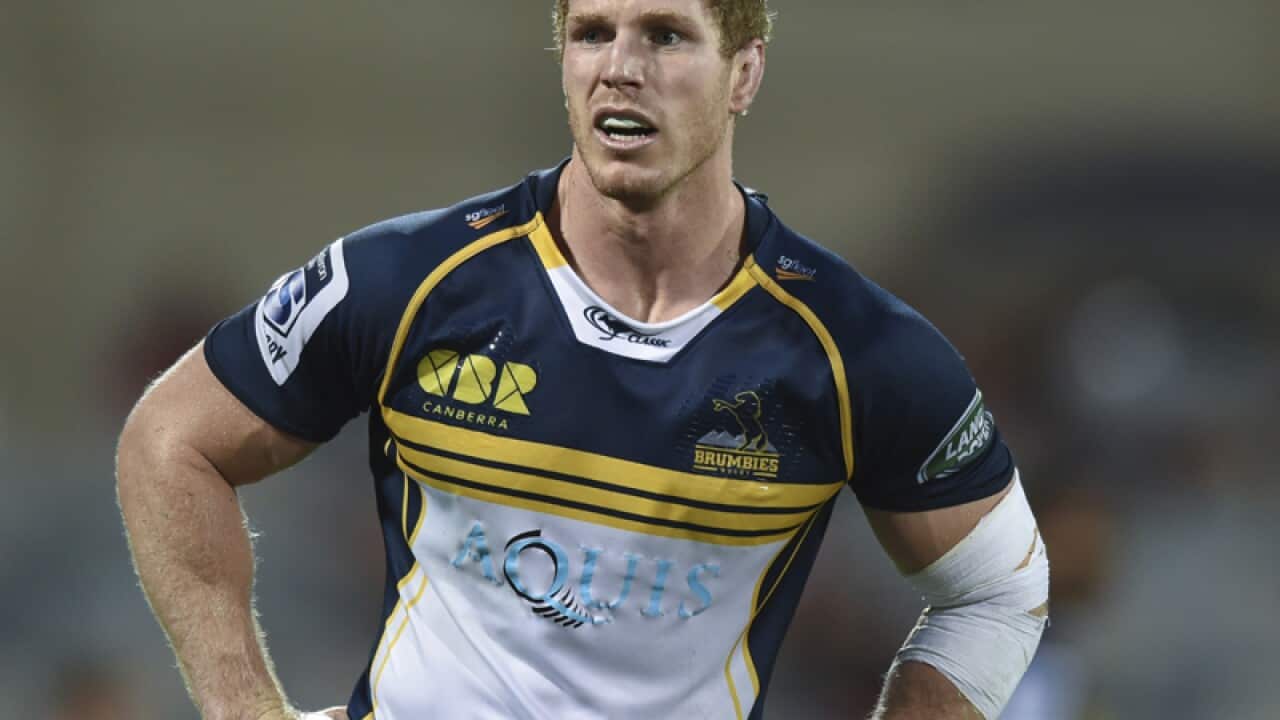 Brumbies flanker David Pocock has made allegations of homophobic slurs coming from the NSW Waratahs. (AAP)

Accusations of homophobic slurs have overshadowed the NSW Waratahs' commanding Super Rugby triumph over the Brumbies at Allianz Stadium.

NSW's 28-13 victory reignited their title defence and bumped the Brumbies off the top of the competition ladder, but David Pocock's sensational allegation to referee Craig Joubert late in the spicy derby marred the Waratahs' celebrations.

A vocal advocate of same-sex marriages, Pocock approached Joubert twice in the final 15 minutes, upset at what the referee deemed to be "pretty aggressive comments" from the Waratahs.

Advertisement
Joubert asked NSW vice-captain Michael Hooper, deputising for skipper Dave Dennis - who'd been replaced - to have a word with the Waratahs.

Pocock, though, was not satisfied and Brumbies coach Stephen Larkham later said the ACT franchise would investigate the matter.

"Obviously it's going to come out in the next couple of days," Larkham said.

"We haven't had a chance to chat to everyone about everything that happened out there but we will investigate it further."

Larkham suspected the allegation was made against one player.

"It was reported as that. We'll have to talk to individuals and see what the process is."

Waratahs coach Michael Cheika said he was reluctant to comment until he had all the facts in front of him.

"The way I see it is like this: if there's an issue, it will come to light," Cheika said.

"When it comes to light, I'll make my position clear on it.

"I know that it's a big thing about speculation; it's something that fills a newspaper, but I'm about seeing what really happened and then making a comment."

Allegations of slurs aside, Brumbies skipper Stephen Moore said he didn't consider any of the "banter" to be out of the ordinary in the niggly encounter.

"I think off the field there's a lot of guys out there that are quite good mates.

"You know, Michael Hooper and 'Whitey' (Brumbies halfback) Nic White used to live together for a couple of years so they know each other pretty well and there was a bit of banter out there.

"But I think it was all in the spirit of the game, and that's the way it goes out there and I didn't see it as an issue."

The accusations overshadowed the importance of the Waratahs' win.

Had they lost, the titleholders would have fallen 14 points adrift of the Brumbies in the Australian conference.

The Brumbies, who dropped to second behind the unbeaten Hurricanes, and Waratahs are the only Australian sides in touch with the leaders after the Melbourne Rebels and Western Force suffered gutwrenching defeats in round six.

The Rebels squandered a golden opportunity to score successive wins for the first time since 2013, conceding a 78th-minute try in a 20-16 loss to the Lions at AAMI Park on Friday night.

After opening the season with a shock win over the Waratahs in Sydney, the Force have now lost five straight after being sunk by a last-minute penalty in a 25-24 defeat to the Bulls in Pretoria.