'Politics aside, we've abandoned children in the Israeli-Palestinian conflict'

OPINION: Jason Lee recently returned to Sydney from the Palestinian territories. As a new study shows children in the West Bank have lost their faith in the rest of the world to help them, he says it’s time Australia recognised their plight. 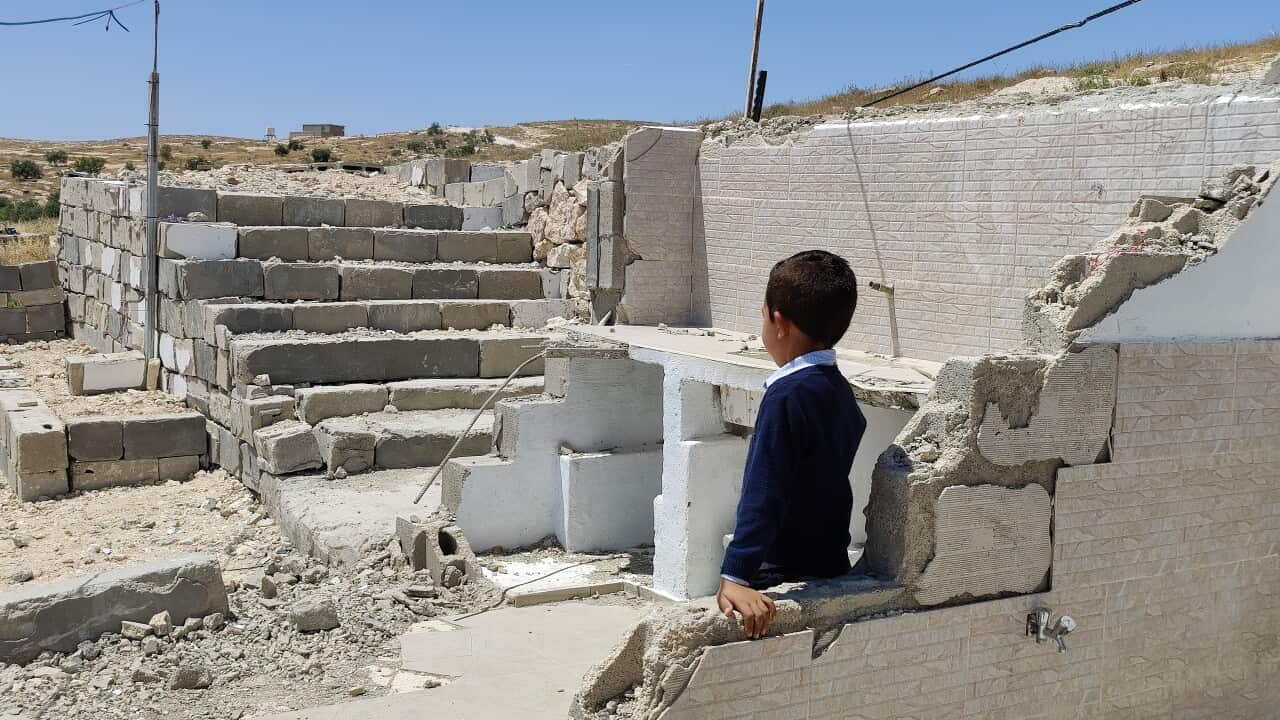 A six-year-old boy amid the rubble after his home was demolished in South Hebron, West Bank. Source: Save the Children

I have witnessed a lot in my career, heading up humanitarian responses in the world’s most violent, dangerous, and impoverished places. It is usually overwhelming and though disheartening, there is often hope.

The capacity of children to somehow adapt and remain hopeful about their futures despite living in constant danger and upheaval is simply astonishing.

I recently arrived back in my hometown of Sydney (just in time for lockdown). My office in the Palestine territories, where I have been working for Save the Children, is literally half a world away.

Advertisement
Lockdown is a difficult time for anyone, but I’ve been reflecting on how, at least, we have a home to shelter in, to stay safe in. This is sadly not the case for many Palestinian children, whose homes are a risk of demolition, even during this ongoing global pandemic.

The children who Save the Children support in the West Bank have been born into violence, instability, and fear. For most of them, it’s all they’ve known.

Earlier this year, our team asked children from 217 Palestinian families in the West Bank how they are faring. Their responses, published in the Under the Rubble report this week, were heartbreaking. Four in five said they had lost hope in the global community to help them.

Some 6,000 children have lost their homes over the past 12 years – often on repeat occasions – and sadly this campaign of destruction resumed again just recently.

UN Secretary-General Antonio Guterres said last week that 295 Palestinians, including 73 children, had been killed in Gaza, the West Bank and East Jerusalem during the March to June reporting period. Thirteen people in Israel, including a five-year-old boy and a 16-year-old girl, were killed.

Recent destruction in the West Bank. Source: Save the Children

Most children Save the Children spoke to said they were experiencing extreme distress, sadness, fear, depression, and anxiety. Children described having frequent nightmares, feeling like there is no safe place for them, and were often paralysed with fear.

We know of children who were taking their toys with them to school every day because they weren’t sure if their home would be there when they got back.

We know of children who were taking their toys with them to school every day because they weren’t sure if their home would be there when they got back.

These children said they’d lost faith in authorities and even their parents to help and protect them. They reported feelings of powerlessness and hopelessness about the future. The scariest thing? This was all prior to the most recent instability.

All the children we spoke to had lost their homes after they were demolished by Israeli authorities. In fact, since 1967, 28,000 homes have been destroyed because of the campaign.

READ MORE
Airstrikes may have stopped in Gaza, but now aid workers are struggling to cope with demand

These demolitions are not only illegal under international law, but they are also an obstacle for children to fulfil their right to a safe home, and to be able to safely go to school. These are things that many of us take for granted living here in Australia.

Unless the international community makes a stand, homes and schools will continue to be torn down and children will keep paying the highest price – their hopes and futures.

A collapsed building in the West Bank. Source: Save the Children

That is why Save the Children is urging the new government of Israel to immediately halt the demolition of homes and property in the Palestinian territories and to revoke policies that contribute to a coercive environment that increases the risk of forcible transfer of Palestinian communities.

I want children here to be able to feel hope again. Because without hope, there is no path to a peaceful future for these kids.

As Fadi*, 16, told us: “Nobody stopped them – or could stop them again - from destroying our home, our lives. So why should I bother to dream about a good future?”

It breaks my heart. How can any child live, let alone expect to thrive, in these conditions? What would any of you do if your child had to live in fear and without hope?

The ceasefire after the recent escalation of the violence
in Gaza and southern Israel is just the first step to giving these children some stability in their lives. But the international community – including Australia – cannot forget its obligation to uphold the rights of children, and to push for a long-term solution to a decades-old conflict.

Politics aside, we cannot deny the impact this situation is having on children. And we cannot be silent. If we are, we are effectively stealing the futures and dreams of an entire generation.

Jason Lee is country director for Save the Children’s operations in the Palestinian territories and has worked in East Timor, Papua New Guinea, Afghanistan, Sierra Leone, and Yemen. Save the Children, together with partners, is helping children and their families impacted by demolition with psychosocial support, including individual and group counselling sessions.