Pope to wash feet of disabled at Easter 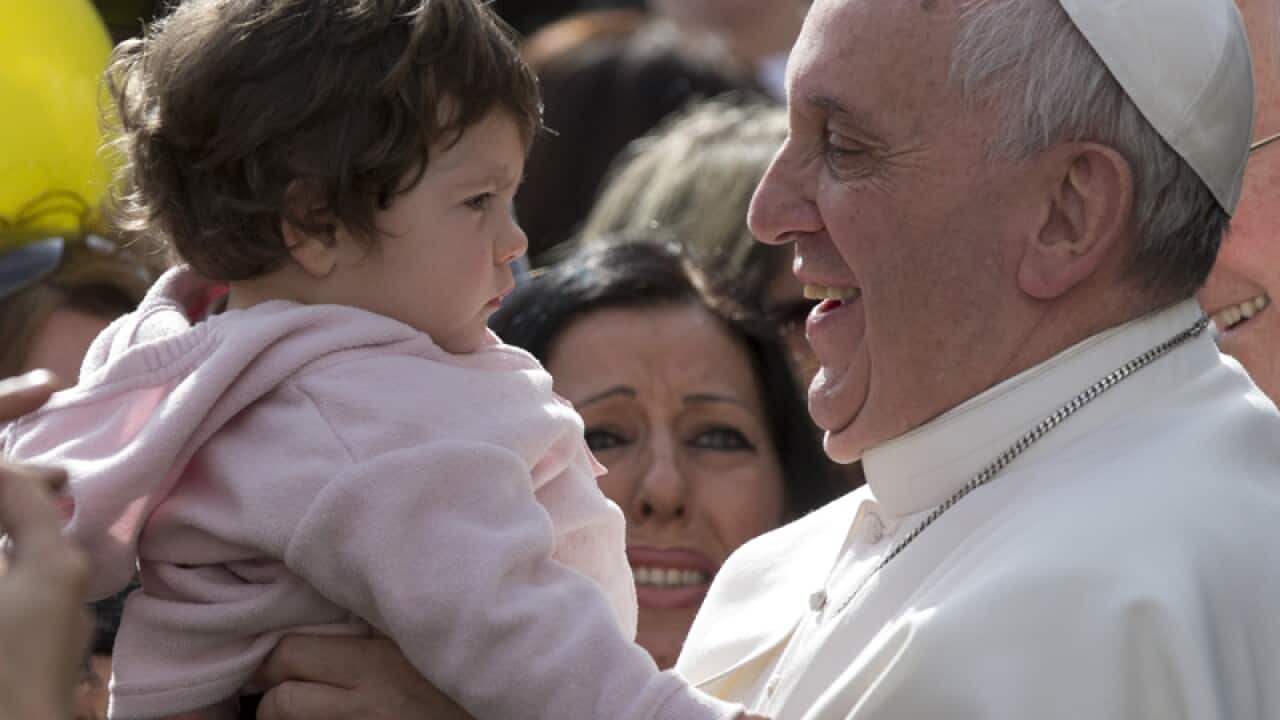 Pope Francis will wash the feet of a group of disabled and elderly people during an Easter ritual. (AAP) Source: SBS

Pope Francis will wash the feet of a group of disabled and elderly people as part of an Easter ritual imitating Jesus Christ's humility on April 17 during a visit to a hospice in Rome.

The ceremony is part of the run-up to Easter Sunday.

Advertisement
Shortly after his election last year, Francis visited a youth detention centre where he performed the washing of feet ritual on a group of young inmates including two Muslims - the first Catholic leader ever to do so.

Francis has often shown particular attention to disabled people and the elderly, condemning a "hidden euthanasia" in modern societies against the old.