Protesters have clashed outside a halal expo in Melbourne, with one man being taken to hospital. 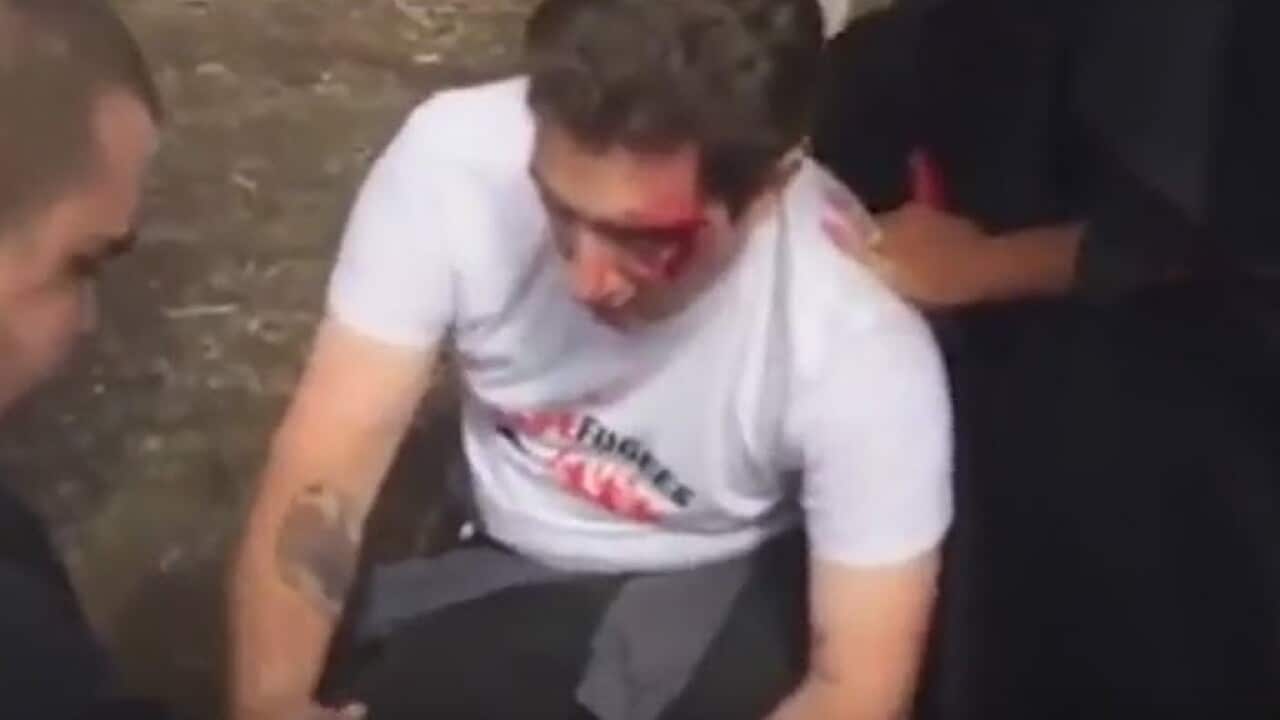 A man has been taken to hospital with a facial injury after protesters clashed at Melbourne's Halal Expo.

Police say one group was protesting outside the Showgrounds, where the expo was being held, when a second group "moved through them" about 12.30pm.

A man from the first group, believed to be affiliated with political group Party For Freedom, which is opposed to multiculturalism and open borders, was taken to hospital.