The leader of the United Patriots Front, Blair Cottrell has appeared in court accused of offending Muslims. 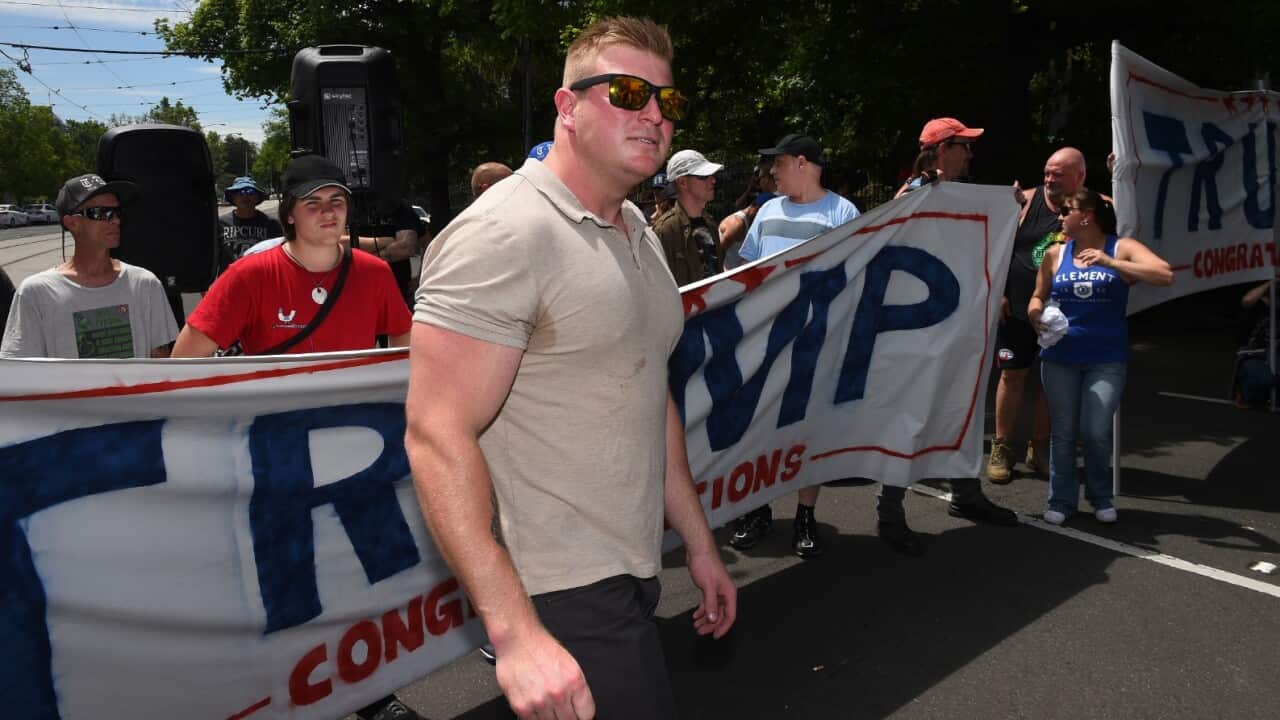 Blair Cottrell, leader of far-right protest group the United Patriots Front, is among the supporters of the rally planned at St Kilda Beach. Source: AAP

Cottrell appeared briefly in the Melbourne Magistrates Court on Monday, as dozens of demonstrators gathered outside the building shouting and waving placards.

Lines of police kept guard outside the court.

Advertisement
Cottrell said after his brief hearing he had never seen anything like it.


"I don't think the mafia would get this much attention," he told AAP.

The charges were laid after a mock beheading of an effigy during protests against a Bendigo mosque in 2015.

Media were denied access to the court room after it was deemed full.

"They're basically the first step towards blasphemy laws," he said.

"We're going to it it to the end and we will win."

Cottrell said the mock beheading was an attempt to bring the Bendigo community's attention to the barbarity of it.

"I love this country, I love Australia. I want to keep it Australian," he added.

Shortis said: "we're expressing our concerns that the bigger the Islamic population grows in this country, the more danger that Australian citizens will find themselves in."

Later, the UPF mocked the protesters on its website.

"About 15-20 Marxist uni kids took the day off their liberal arts course and embarrassed themselves today outside of the courts," it said on its Facebook page.

The UPF previously called against anti-racism demonstrators in protests across Melbourne.

Magistrate Charlie Rozencwajg adjourned the matter for a contest mention on May 23.