Dr Peter Stone, Deputy Chief of CSIRO Ecosystem Sciences and Director of the Gas Industry Social Environmental Research Alliance, speaks to SBS about the known effects of coal seam gas on human health and the environment. 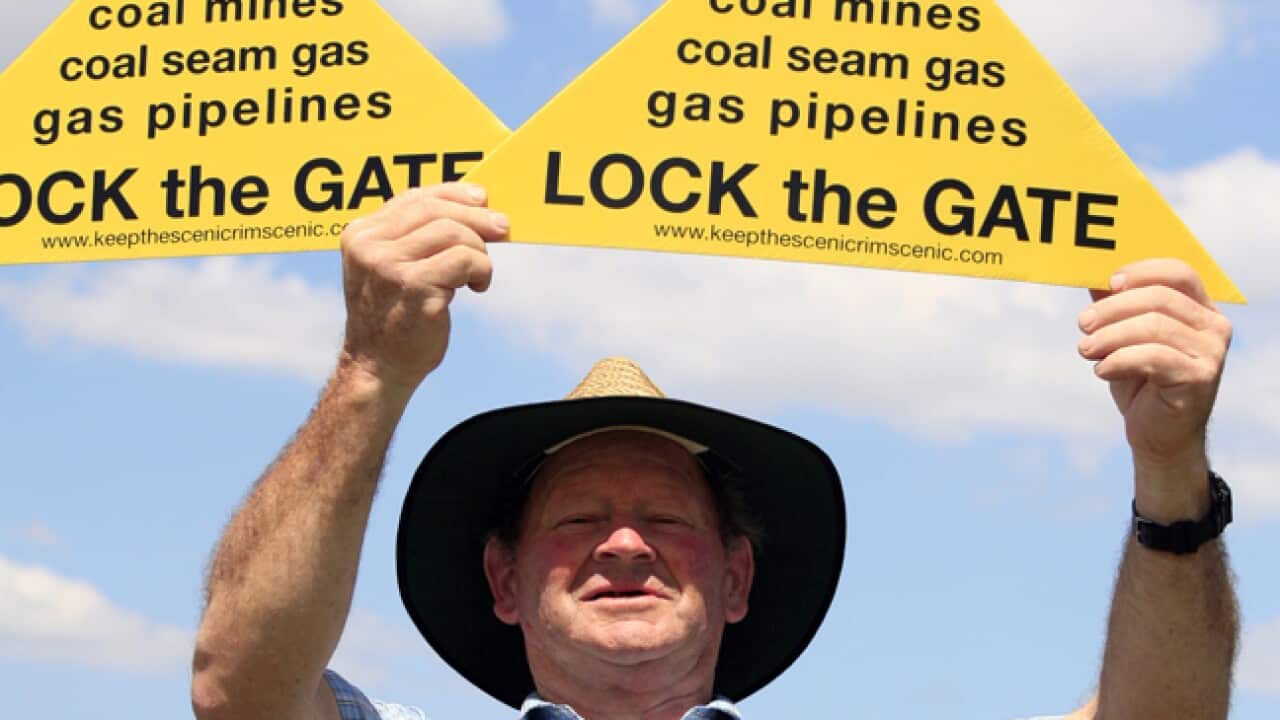 Q. What is known about the possible impacts of CSG plants and surrounding aquifers?

A. Extraction of methane from coal seams requires the extraction of large quantities of water, so across the industry, it may total between about 90 and 30 gigalitres of groundwater per year, or the equivalent of about three Olympic swimming pools for each well, each year. Basic sets of impacts that are broadly well understood are: the likely drawdown of aquifers; depressurisation of aquifers; risk groundwater contamination; risk of subsidence of the surface, and salt that is in the water of coal seams will be brought to the surface as well, in a quantity of about 1.8 million tonnes of salt per year.

Advertisement
Q. When talking about water contamination, do you refer to the chemicals that are used in the fracking process, or would that contamination happen even when there is no fracking involved?

A. There are several types of water contamination that are possible. One is through the injection of chemicals through the fracking process. Another is through chemicals that naturally exist in coal seams, being taken out of coal seams and exposed to other parts of the environment, and the third is just from the removal of large quantities of water from aquifers or coal seams. You can get a lateral flow of water and aquifers, and aquifers actually differ in their water quality throughout their extent, so just having that lateral flow in aquifers can lead to changes in water quality.

A. Well, I can't give you a number, because the risk is related to the probability of contamination occurring and the actual nature of the risk associated with that contamination, so it's not something that can be answered with a simple number.

Q. When talking about risks, are you referring to the possibility of methane leaking into aquifers from the coal seams?

So, many of the potential risks that are associated with the environmental impacts of gas extraction are impacts that you would expect to occur if processes haven't been followed properly. So things like not sealing wells properly, or having spillages and things like this are thought to be the means by which contamination events are likely to occur.

Q. When talking about contamination leaking into the aquifers, could that also happen when the wells are not sealed properly?

Again, the risk of that is not considered to be high, partly because the intention of a fracture is to not have it go beyond a coal seam, and that leads to a well that is non-productive anymore, so companies tend to not want to do that.

The other thing is that, in most instances, coal seams are removed by some distance from surrounding aquifers, so that seems to stop water or fluid from flowing easily between aquifers and coal seams.

Q. And what about waste water coming to the surface? Is there a risk that it could pollute the land?

A. At risk of simplifying things, there are two basic types of well: those that involve fracturing and those that don't. For both types, the water that is produced by the well, according to all legislation (in Australia), needs to be treated before it's used or disposed of. So contamination events, associated with produced water, will highly likely emanate from accidents. So in a well that has just been fractured, the water is brought out of the well and often put into a holding tank, which is then pumped into trucks, which take the water away to be treated by reverse osmosis and chemical treatment, or for re-use. So it's not permitted to just take the produced water and take it into the environment.

When a well is in production is actually connected to pipelines that take water from the well to reverse osmosis where, again, it's treated to have its salts removed and often chemically treated.

Q. Once contamination occurs, is it irreversible?

A. That depends on the nature of the event. What appears to be the most common is where there's introduction of waste water into the environment at the surface and that has a number of effects that we know about. Because produced water tends to have an elevated level of sodium, and a high ph., it can have several impacts. The first is that the salt in water itself, can reduce the growth of sensitive plants, so that it could even killed highly sensitive species. The produced water can also reduce the soil's structure, which make soils more prone to water logging and is generally more conducive to plant growth.

The produced water is often quite alkaline so it it's introduced in the solid it can change its ph., and the actually change the balance between different components in the soil and can make it more suitable for plant growth and other purposes.

Q. What kind of chemicals are allowed to be used in Australia, and are they toxic?

A. There's a wide range of chemicals that are permitted by the regulations, or for use in fracking chemicals. A given hydraulic fracture does not use all of those. A given hydraulic fracture is actually done using a subset of those chemicals. Most of the chemicals aren't considered harmful to humans and many of them are used in households. It's important to know thought that toxicity is related to exposure and dosage. So the toxicity of the chemicals, used in hydraulic fracturing, or any chemical, is related to its concentration, and people's exposure to that. So it's not simply possible to say whether these are toxic chemicals? Certainly a number of them are potentially harmful.

Q. What's the risk that the Great Artesian Basin could be contaminated and depleted?

Most of that water will be removed from areas where it previously hadn't been removed because the water being removed from CSG is usually not used for other purposes. So, just as another example, water found in coal seams generally has a quantity of dissolved salt, about 1/6 of the salt level found in the ocean, and so it's not the type of water that people would be using in domestic or irrigation purposes. So in one sense we are not talking about a competition of usable sources of water. We are talking about access to currently usable sources and what have been not used. And that means that there are no impacts that require attention from coal seam gas water extraction.

What's probably going to be the main impact is the drawdown of aquifers as a result of large removal of water from CSG. There's currently incomplete certainty about how these impacts would be felt, and there's a variety of reasons why we couldn't be sure about that. And partly, that's because the water and location of water aren't known with certainty. There's certain variability to how water responds to water extraction. There's uncertainty about the time aquifers take to return to their previous level, after water has been extracted from them.

Q. Is there anything else you'd like to add?