The confrontation started with a question over immigration. 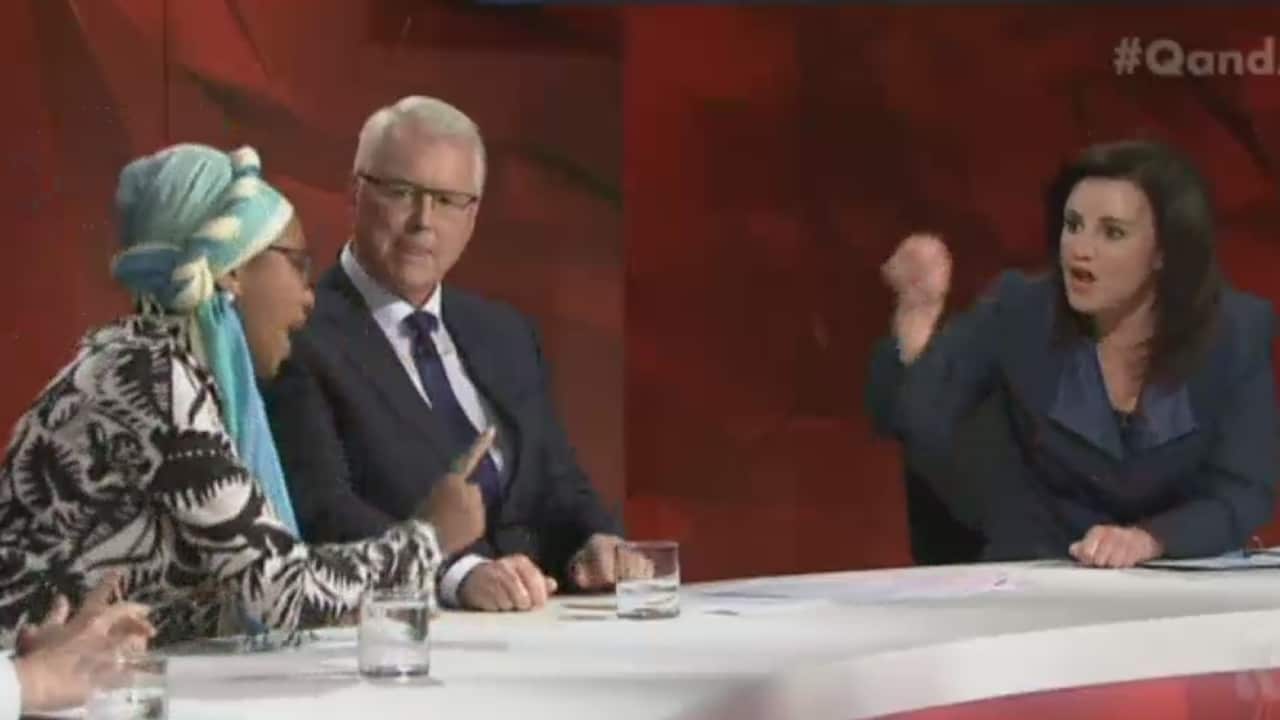 The confrontation was sparked when, in response to a question on immigration, Senator Lambie asserted that “anybody who supports Sharia law in this country should be deported.”

“Do you even know what Sharia law is?” Ms Abdel-Magied interjected. “Me praying five times a day is Sharia.”

The heated debate led to the pair yelling over each other as host Tony Jones intervened to put an end to the shouting match.

“People talk about Islam without knowing anything about it – and they’re willing to completely negate any of my rights as a human being, as a woman, as a person with agency, simply because they have an idea about what my faith is about,” Ms Abdel-Magied said.

Senator Lambie raised the repression of women in several Muslim societies, with Ms Abdel-Magied retorting that the problem was not Islam.

“What is culture is separate to what is faith,” she said.

"Islam to me is the most feminist religion. We got equal rights well before the Europeans. We don't take our husbands' last names because we ain't their property," she said, drawing faint laughter from the audience.

As Abdel-Magied continued, she was cut off by Senator Lambie.

“The fact is, we have one law in this country and it is the Australian law – it is not Sharia law, not in this country, not in my day” Senator Lambie said, drawing applause.

“In Sharia it says you follow the law of the land you are on,” Abdel-Magied retorted.

As the pair shouted over each other, Senator Lambie demanded an answer to why women are treated like second class citizens, and “why gays are killed.”

“That is not my religion,” Abdel-Magied shouted back as Q&A host Tony Jones intervened.

“Can I just say that shouting at each other is not going to help – so please stop,” Jones said.

Shortly after, Abdel-Magied apologised for yelling, and the pair went on to discuss Donald Trump’s immigration ban.

“I grew up in this country, I know no other real culture than Australian, really, because Australian is who I am.”

“You talk about protecting Australians – well I am Australian,” she said.

“It hurts me deeply when my elected representatives don’t want to have me in this country simply because of my faith or where I was born.”

Senator Lambie said she accepted that her words could come across as hateful to a minority.

“But the majority want to feel safe, be safe – and Donald Trump, if he wants to put that and put those on hold for three months, he has every right to do so, until he can work out exactly what is going on” she said.