Police have raided a hidden drug laboratory in the Gold Coast hinterland where they allegedly found a 3D-printed loaded hand gun. 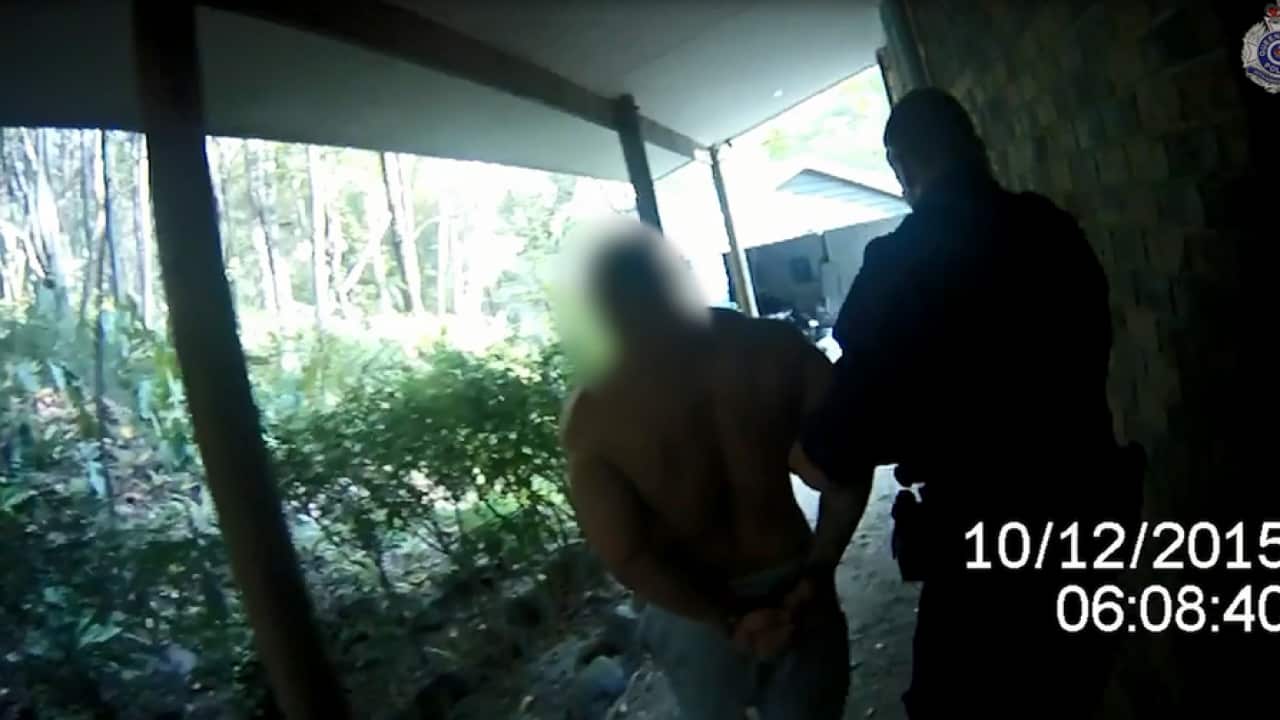 A man has been charged following a raid on a sophisticated methylamphetamine lab in the Gold Coast hinterland which unearthed a loaded 3D-printed hand gun.

Luke McNally, allegedly a member of the Lone Wolves outlaw bikie gang, was arrested on Thursday morning after a swoop on the Mudgeeraba property.

Detective Inspector Brendan Smith described the lab as one of the most elaborate he had seen.

Advertisement
Utensils and chemicals used to make ice were allegedly tucked away in bushland "hidey-holes", with glued-on bark used to conceal PVC pipes.

Officers also found a safe cemented in the ground at the back of the property.

CCTV cameras were set up around the house to track visitors.

"The most concerning part was that we found a loaded 3D gun in the bedroom ready to go."

Police say the 31-year-old owns a supplement shop franchise, which they believe might be used as a front to traffic drugs.

Ice, steroids and a bong were found at the acreage.

Three other people at home during the raids were questioned by police but released without charge.

Police say the size of the lab means it is likely multiple people were involved in its operation.

McNally has been charged with seven drugs and weapons offences and will appear in Southport Magistrates Court on Friday.

Further charges are expected to be laid.