Townsville health authorities are warning residents to be careful of contaminated flood waters after one person died, bringing the flood toll to three. 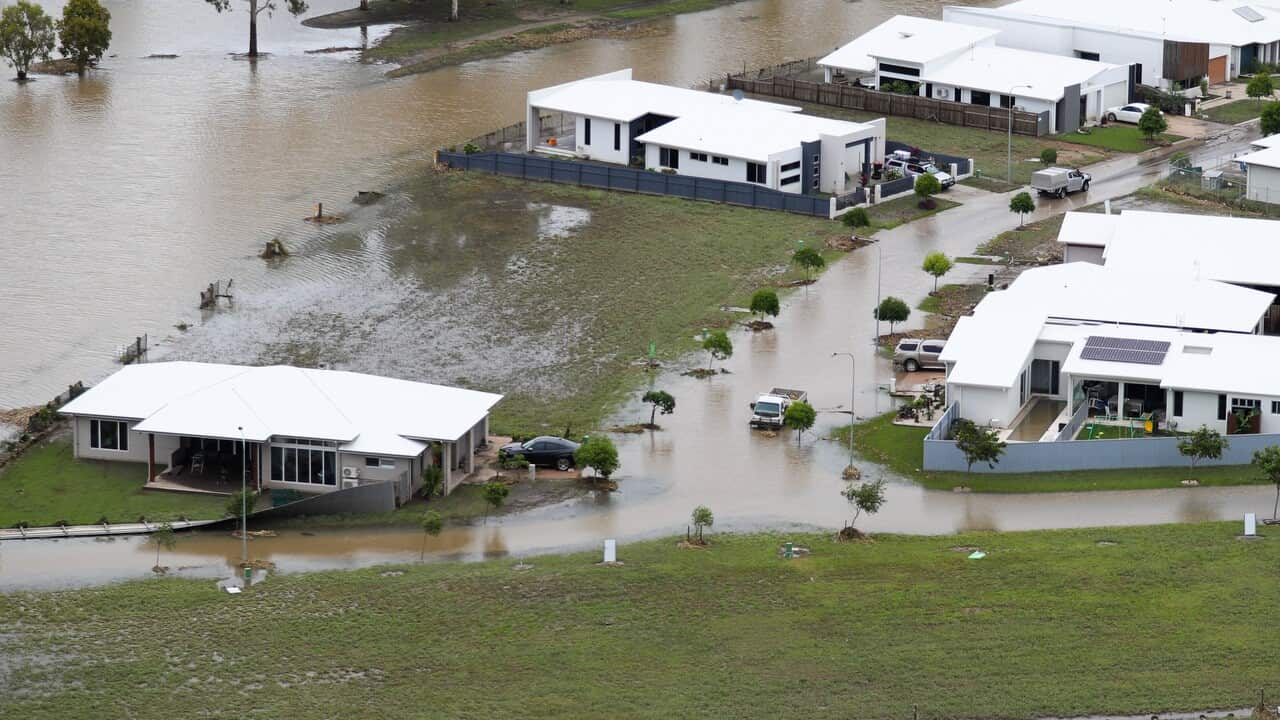 Receding floodwaters following Queensland's once-in-a-century monsoonal deluge have left victims exposed to a disease that has already killed one person in Townsville.

Up to 10 others have been infected by melioidosis, a soil-borne bacteria which has been stirred up by heavily contaminated floodwaters.

Townsville Hospital's Dr Julie Mudd says the sick are in intensive care suffering infections in their lungs or cuts.

"Depending on where it gets in it changes the symptoms," she told Seven Network on Wednesday.

"Initially we see acute presentation of pneumonia and septicaemia and later we see some more severe infections through cuts and it will get into the body."

Townsville health authorities are warning residents to be careful when cleaning flood-affected buildings by not walking through dirty water, cleaning wounds after being in the water and wearing protective clothing like boots and gloves.

The death in Townsville takes the total flood toll to three, following the deaths of two men who died at the peak of the floods eight days ago.


Meanwhile, authorities are racing to dispose of hundreds of thousands of dead animals in the state's west to limit the spread of disease.

Cattle, sheep and wildlife perished in the unprecedented two-week rains, which left large swathes of the state under water.

Their putrefying carcasses pose a health risk to clean up crews and to local water supplies in flooded communities.

Further south, police are still searching for a 35-year-old man who disappeared in floodwaters at Groper Creek on Friday.

In rural communities, exhausted graziers are becoming increasingly concerned about the floods' likely financial impact, which is expected to be in the hundreds of millions of dollars.

Prime Minister Scott Morrison told parliament on Tuesday he would ensure a recovery and restoration plan would restore north Queensland cattle farmers to the prosperity.

Meanwhile, the mopping up in Townsville continues.

Officials have deemed 2950 homes damaged of the 8000 assessed, as an appeal to raise funds for people affected climbed to $3.6 million.

As of Tuesday, insurers had received 14,600 claims from people in Townsville with losses estimated at $175 million.