The floodwaters are slowly receding in Queensland, but the true cost of the disaster is still being counted. 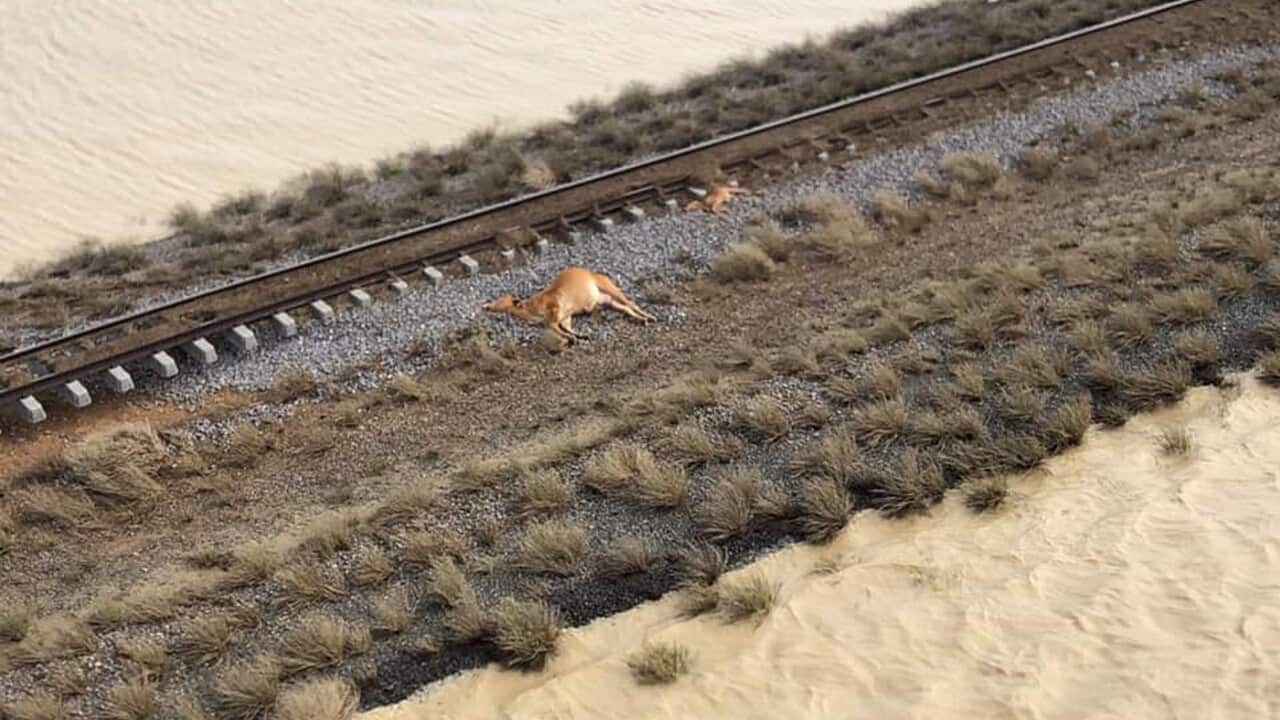 Queensland's inland sea of floodwater is slowly receding as the graziers and farmers take stock of the massive scale of devastation.

Conservative estimates reveal more than 500,000 cattle have died, along with 30,000 sheep.

The cost to the cattle industry alone is expected to exceed $1 billion.

Alongside the cattle industry, the Insurance Council of Australia said there had been more than 15,500 claims lodged with losses to about $606 million.

That figure is expected to continue to rise as graziers return home in coming days.

The worst of the flooding still grips the Gulf of Carpentaria, but the waters are dropping by the hour.

It's estimated more than 500,000 cattle have died during Queensland's floods. (AAP) Source: SBS

"It's faster than we expected," he said.

"It's still boggy and wet, you can't get anywhere yet. We need things to dry out."

Frustrated graziers have not yet been able to return to their properties and the full cost of the devastation could take weeks to count.

Nine shires across Queensland are disaster-declared and AgForce boss Michael Guerin says it's still too early to quantify stock losses.


"It has affected around 800 producers in a 13 million hectare band across north-west Queensland - an area twice the size of Tassie," Mr Guerin told AAP.

"At this stage, we are still well within the crisis and producers are focused on saving any of their herds which remain alive, getting them out of mud and water, providing them with fodder and medical attention.

"We are looking at stock losses at half a billion dollars; add the costs to replace farm infrastructures like fencing, dams, pumps and equipment and the immediate cost would be over a billion dollars."

He warned the industry had been dealt a devastating blow and it would take years for many to recover.

Meanwhile Victoria will lend a hand to the clean-up, sending 28 people on Monday to the flood-ravaged area as the first of four seven-day rotations planned.