A parliamentary report has recommended Queensland’s hate crime laws be strengthened to curb “the devastating effects of vilification”. 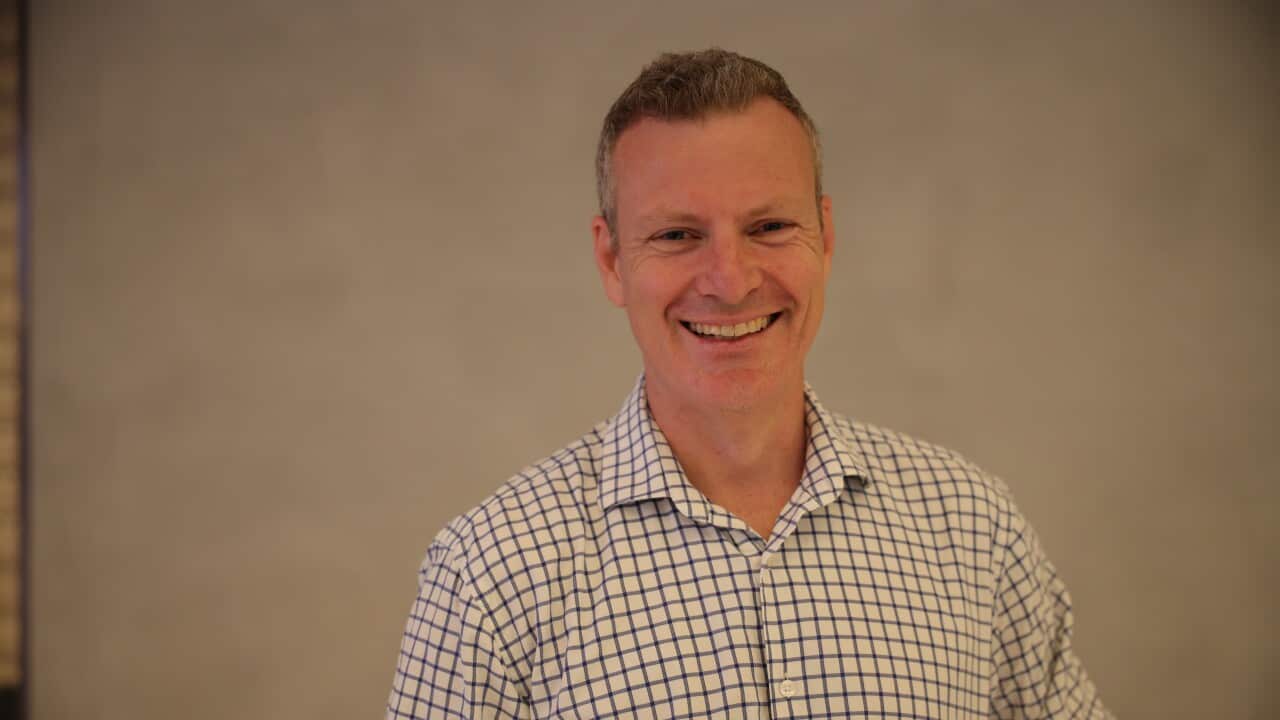 Paul Johnson was buying coffee for himself and a cake for his 11-year-old son when he saw a man outside a café performing Nazi salutes and mouthing the words “Heil Hitler”.

Paul and his son had dropped his wife and daughter off at the synagogue, with the pair planning to join them soon after finding a place to park in Brisbane's buzzing CBD.

“I was wearing my yarmulke, which is a [Jewish] skull cap in other terms,” he told SBS News.

Advertisement
“This guy had seen that I'm Jewish and was making Hitler salutes to me.”

With his young son watching on, Paul said he felt it was important to take a stand and condemn the man’s behaviour, so he followed him out onto the street and began filming.

“I turned my phone on, put it on video and started to follow the gentleman and ask him ‘why are you saying Heil Hitler?’,” he said.

Paul said his questions provoked a violent response from the man.

“He came up at me and swung at me with a right hook. Made contact with the corner of my head on the left-hand side … between my left eye and my temple area,” Paul said.

Paul said as he reeled from the attack, he thought of his son who was still at the café and waiting for his father to take him to the synagogue.

“I am hopeful that there isn’t any impact on my son," Paul said.

"I am happy I was able to show him that we stood up for something that we believe in and that hate doesn’t have any place in society."

Paul feels immensely fortunate that he didn’t sustain any serious injuries and was able to report the incident to the police.

But he said the incident shows more education is needed for a tolerant society.

“That there are people out there who feel it's okay to attack other people based on what they see as different, I feel is completely wrong,” Paul said.

A report was tabled in the state parliament this week following an inquiry into Queensland’s existing laws around serious vilification and hate crimes.

The report said only eight offences were recorded by Queensland Police from 2015 to 2020 under the state’s Anti-Discrimination Act.

Queensland Police told the inquiry 1,386 hate or vilification offences were reported from 2015 to 2020 but only five people had been charged and three were convicted.

As part of the report, the Queensland Parliament’s Legal Affairs and Safety Committee made 17 recommendations to strengthen the state’s response to hate crime and vilification.

These include working with the Commonwealth to address online vilification, banning the display of hate symbols relating to Nazi and IS ideology, and moving the section of the Anti-Discrimination Act that deals with serious hate crimes to be relocated into the criminal code.

The Cohesive Community Coalition, which represents more than 20 of Queensland’s diverse ethnic and religious communities, is calling on the state government to urgently implement law reform for hate crimes.

The coalition launched its #BetterLaws4SafeQld campaign last year to advocate for stronger protections for the state’s diverse communities from hate incidents and crime, after an increase in anti-Asian incidents tied to the COVID-19 pandemic.

“Acting swiftly will make our criminal legal system a place of justice and safety for more Queenslanders,” the coalition said of the report.

“There is no place in our community for racist hate or abuse and every victim of hate crime deserves to have their complaint recognised for what it is.”

Victims of racial abuse and discrimination often do not report incidents to the authorities. Source: Queensland Police

‘Anger is the first emotion’

Paul’s Queensland family is not the only one to report intolerance from members of the Australian community.

Jason Yussuf* submitted his family's experience to the state parliamentary inquiry, which received video and audio evidence from a diverse range of Queenslanders.

When Jason reflects on the Islamophobia his wife and daughter have experienced, the first emotion that comes up is anger.

“You're dealing with two most important women in your life, your wife and your daughter,” he told SBS News.

Jason said his teenage daughter Jessica* was walking home from her Queensland school last year when a man approached her and made a series of derogatory comments about her hijab and the Muslim community.

He said the incident left Jessica shaken up when she finally arrived at her father’s workplace that afternoon.

“This is the path that she took to get to my office on a daily basis. So after that, I told her to either take a different route or I'll come and pick you up,” he said.

“But I don't want to destroy her confidence. This is her space. This is the space of her and her friends.”

Jason said his wife has also been verbally abused while wearing her hijab.

“We don't want to be painted as victims but at the same time … we should be able to express ... our concerns so that we can live here safely.”

The impact of discrimination

Christine Castley is the chief executive of Multicultural Australia, which provides education, employment and resettlement support to refugees and migrants.

The organisation is part of the Cohesive Communities Coalition and assisted during the inquiry.

“[Racism] happens in all parts of life and can significantly impact people's perception of who we are as a community and their ability to feel that they can live a safe and happy life,” she told SBS News.

“We've heard, for example, with the very tragic events in Afghanistan … families who are released into communities … go out to a shopping centre and on day one experience racist ‘go back to where you came from’ behaviour.

“And when you hear things like that you think surely as a community, we can do better than this.”

She said the parliamentary inquiry heard stories of overt and covert racism and a regular theme was the belief reporting these encounters to authorities wouldn’t result in action.

“It became really apparent to us that there is a significant level of underreporting,” she said.

Victoria had a similar inquiry last year, with the state becoming the first to make the public display of Nazi symbols illegal.

Multicultural Australia is calling on the Queensland Government to act immediately to put in an element of hate or vilification into the criminal code to “send a very clear message that our criminal legal system does not condone this behaviour,” Ms Castley said.

“There needs to be a national conversation around what we need to do as a country to respond to these issues.

"We want to be a peaceful, cohesive, supportive community where everyone is welcome and everyone is allowed to go about their life safely."