The AFP is evaluating whether to investigate the source of partisan text messages about Medicare sent to voters on election day. 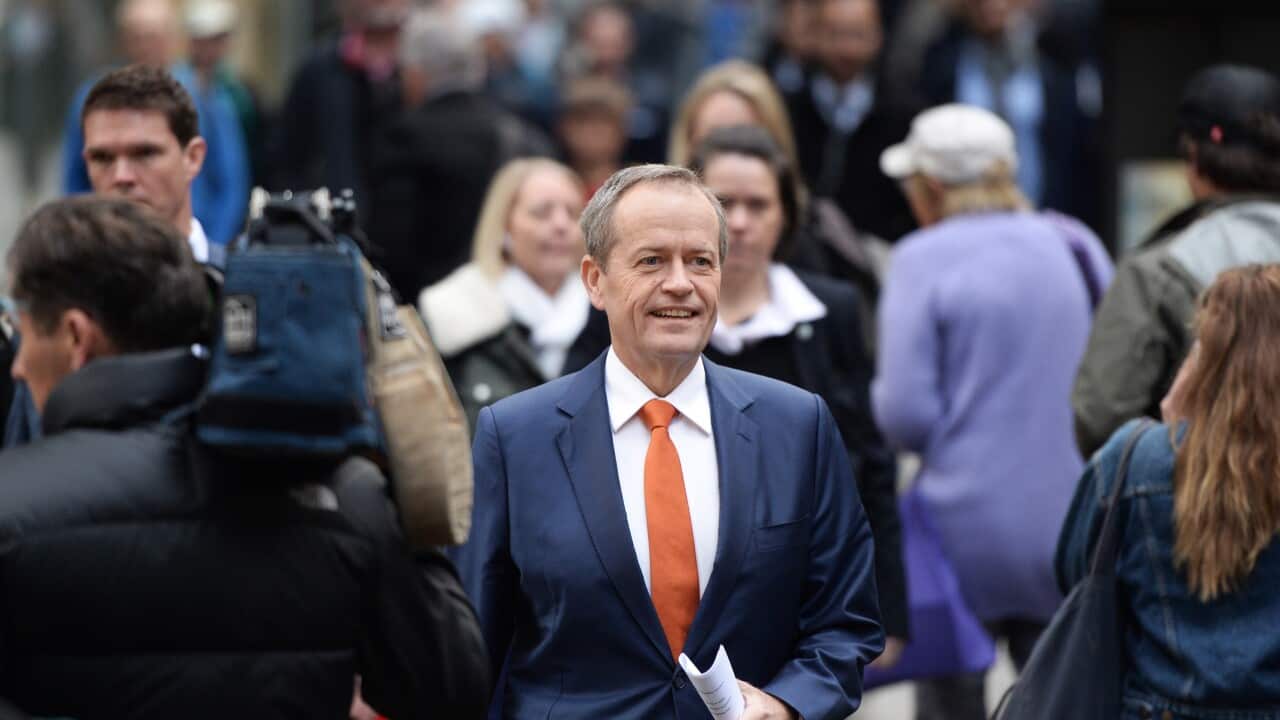 Leader of the Opposition Bill Shorten arrives at a Save Medicare rally at Martin Place as part of the 2016 election campaign in Sydney, Friday, July 1, 2016. Source: AAP

Nationally the coalition had 72 of the 150 seats up for grabs in the lower house, according to the Australian Electoral Commission.

Labor was sitting on 67, the Greens one and independents four, and six seats remain in doubt.

Advertisement
Counting is set to resume on Tuesday.

But, meanwhile, the AFP has confirmed it is evaluating allegations about the source of texts messages sent to voters on polling day.

"Mr Turnbull's plans to privatise Medicare will take us down the road of no return," the texts said, News Corp reports.

"Time is running out to save Medicare."

Mr Turnbull called the message "an extraordinary act of dishonesty" in a speech to party faithful following the election.

The Queensland state branch of Labor told Fairfax Media it had sent the messages, and said they were not meant to appear as though they had been sent by Medicare.

Labor's Queensland branch has denied attempting to mislead the public with a now-infamous Medicare text
message on election day.

A party spokesman said the text was not intended to appear as though it had come from the government agency.

"The message was not intended to indicate that it was a message from Medicare, rather to identify the subject of the text," the spokesman said in a statement.