Premier Annastacia Palaszczuk will introduce a bill to ban the public display of hate symbols such as the Nazi flag in Queensland. 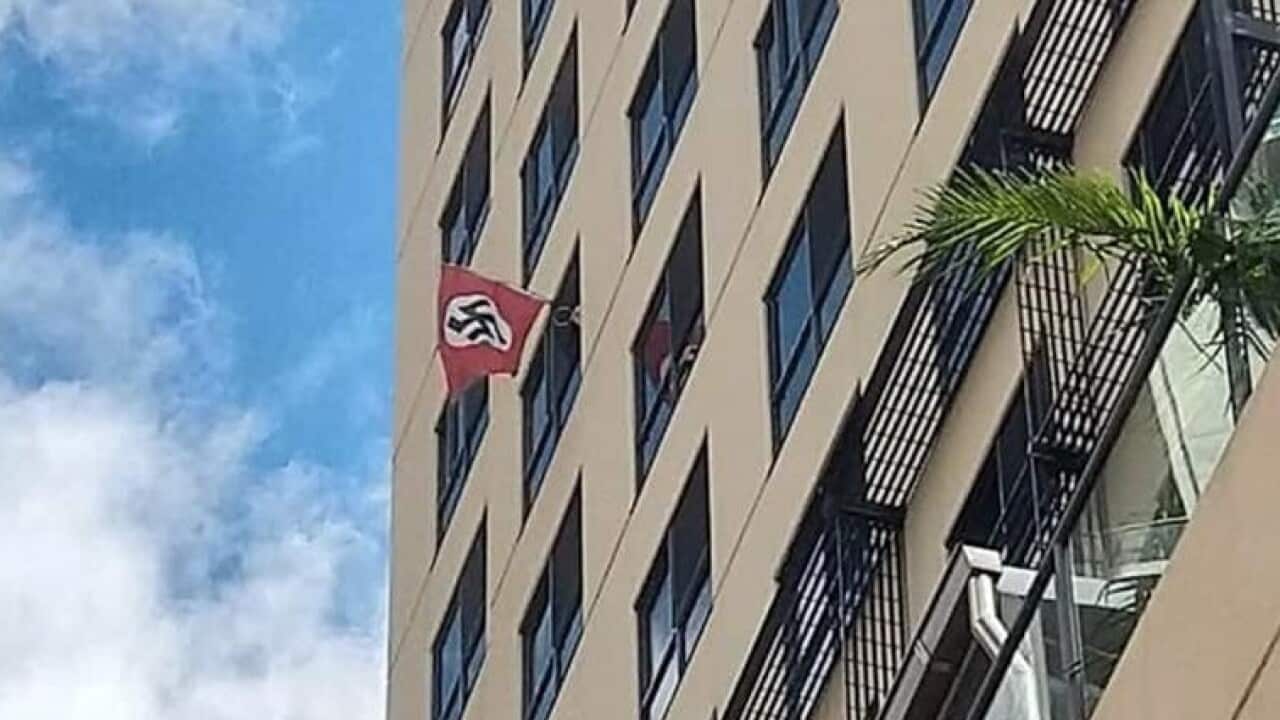 Police have seized a Nazi flag that was flown from an apartment window near a Brisbane synagogue.

Queensland Premier Annastacia Palaszczuk will make her state the second to ban Nazi and other hate symbols to ensure extremists are "called out, confronted and condemned".

She will introduce a bill on Thursday that criminalises the intentional display of symbols to promote hatred or cause fear, such as the swastika, which is also known as the Hakenkreuz.

It's understood there will be exceptions for Hindus, Buddhists and Jains for whom swastikas are religious symbols.
Advertisement
READ MORE
Nazi swastika set to be banned in Victoria under 'landmark' new laws
"Nazism is evil," the premier said.

"Evil triumphs when good people do nothing. These crimes are not harmless and nor is the ideology behind it."

Ms Palaszczuk says her decision comes after
a Nazi flag was displayed near the Brisbane Synagogue
and a train carriage being vandalised with Nazi slogans and symbols last year.

"That will make it a criminal offence to display symbols promoting hatred and causing fear," she said in a statement to AAP.

"These crimes are not harmless. Nor are their ideologies.

"They are to be called out, confronted and condemned."
Queensland's plan for a ban on hate symbols comes after the Victorian government introduced a bill to ban them. The NSW government is also set to follow suit.

Last year, a Queensland parliamentary committee recommended prohibiting hate symbols, including those representing the Nazi and IS ideologies, after an inquiry into serious vilification and hate crimes.

It's unclear if the premier's bill will cover social media and internet displays of hate symbols, which was also recommended by the committee.

"The committee notes the proliferation of vilifying commentary on various social media platforms and considers that the public nature of social media usage needs to be recognised in the definition of 'public acts' for the purpose of anti-vilification legislation," its report said.
READ MORE
The extent of racism in Australian workplaces has been laid bare. How can it be eradicated?
The cross-party panel said the legal discrimination protections should be widened from race, religion, sexuality and gender identity, to include disability, medical status, sex characteristics and intersex status.

It also proposed making hate or serious vilification an aggravation in criminal cases. Another proposal is that the civil incitement test should be lowered so it shouldn't have to prove offenders actually incited hate crimes, only that their actions were likely to.

The committee called on the government to set up a hate scrutiny panel for police and community groups to engage in mutual education on vilification.
Share
3 min read
Published 26 May 2022 at 10:56am
Source: AAP, SBS

Victoria has banned the Nazi swastika. Faith groups say their ‘sacred symbol’ will be liberated