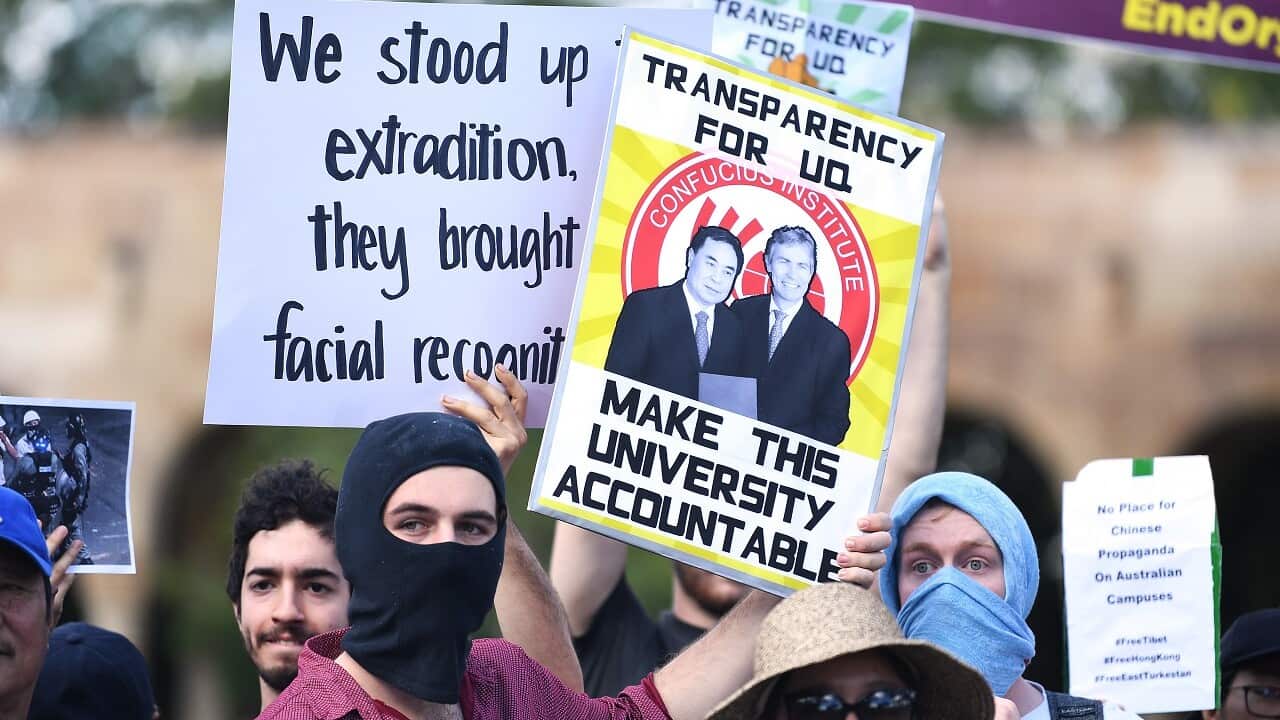 Students hold placards during a protest at the University of Queensland in Brisbane. Source: AAP

Police at the protest. Source: AAP