Efforts to eradicate polio across the globe have been hindered by a pause in the vaccination program and a funding shortfall due to COVID-19. 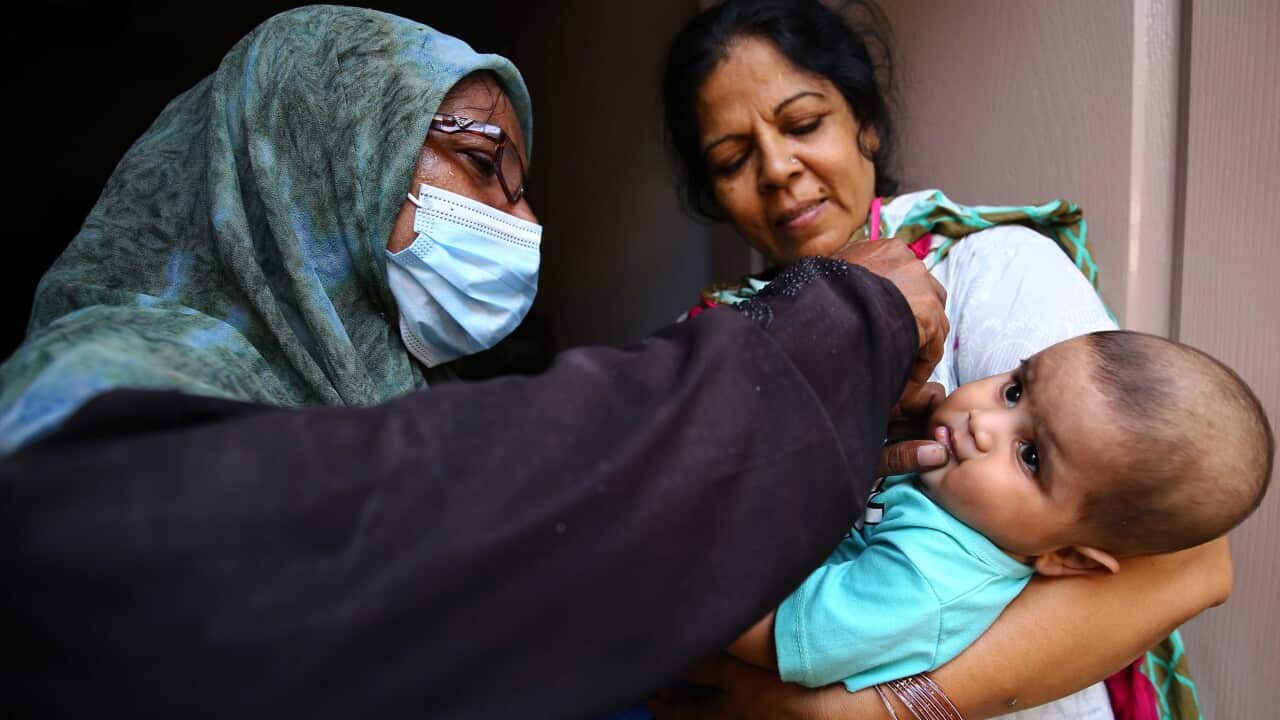 Health experts fear that the planned global eradication of potentially-fatal polio has been delayed by COVID-19, and a resurgence of the condition could be felt in Australia.

The coronavirus pandemic has diverted polio resources in more than 55 countries, including Asia-Pacific nations and Papua New Guinea, where the virus briefly reappeared in 2018 after almost two decades.

The World Health Organization-backed global polio eradication initiative, estimated to have saved 1.5 million lives and prevented life-long paralysis for 16 million others, was suspended in March and didn't resume until July.

Australian director of poverty-tackling group Global Citizen, Sarah Meredith, said the four-month vaccination pause was a setback with the world on the brink of wiping out the infectious disease which attacks the central nervous system.

"We're racing against time at the moment to try and reach every last child," she told AAP, ahead of Saturday's World Polio Day.

The last vestiges of wild polio virus are circulating in Afghanistan and Pakistan where 129 cases have been detected to date this year - up from 88 at the same time in 2019.

"We are so close to eradicating this disease," Ms Meredith said.

"The biggest challenge has been getting to the heart of parts of Pakistan and Afghanistan to get the vaccine out there."

A Somali baby receives a polio vaccine at the Medina Maternal Child Health center in Mogadishu, Somalia in 2013. Source: AAP

International advocacy groups are wary of a revival of the deadly disease which killed or paralysed up to half a million people a year at its peak in the mid-20th century.

Ms Meredith, a long-time state and federal government adviser, said the threat of polio lingers everywhere while it remains anywhere.

"Unless completely eradicated, polio can always return to Australia and anywhere else in the world," she said.

"We need every last child worldwide to be vaccinated in order to get the job done."

WHO and Global Citizen estimate the eradication initiative is facing a 2021 budget shortfall of up to $1.25 billion.

Global Citizen and its partners have asked the Morrison government to chip in an extra $10 million in funding on top of the $15 million commitment made last November.

"This small contribution from Australia will add to the broader benefits of investing in health security in our region," Ms Meredith said.

"An outbreak of polio in the Pacific would be disastrous."