Refugee deal confusion: Turnbull says Trump is on board

Prime Minister Malcolm Turnbull is adamant the US is not backing out of its asylum seeker deal with Australia. 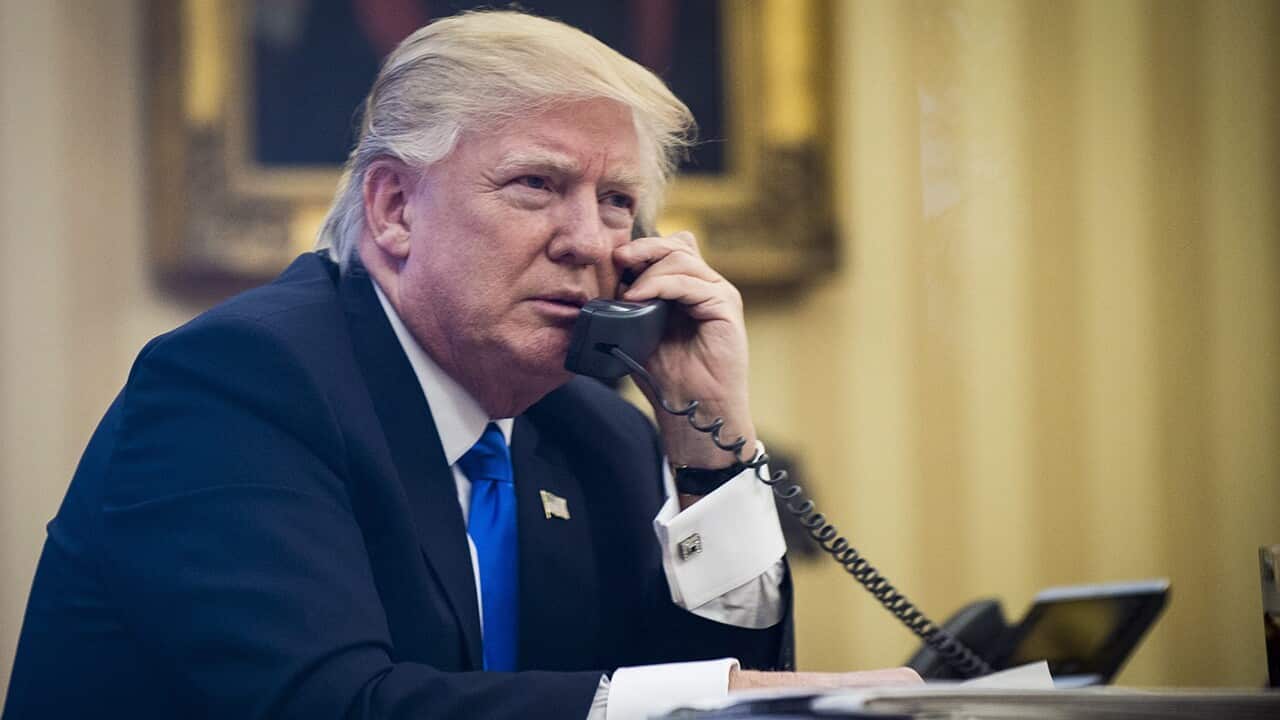 Prime Minister Malcolm Turnbull says he expects a much anticipated refugee deal with the United States to go ahead, despite reports President Donald Trump could still back down on the agreement.

Mr Turnbull has told reporters in Canberra that he was given assurances by President Trump during a phone call over the weekend that the US would accept asylum seekers from Nauru and Manus Island.

“The Trump Administration has committed to progress with the arrangements to honour the deal,” he said.

Advertisement
“That was the assurance the President gave me when we spoke on the weekend.”

White House spokesman Sean Spicer has warned that refugees who are resettled in the United States will be subject to ‘extreme vetting’.

“Part of the deal is that they have to be vetted in the same manner that we’re doing now. There will be extreme vetting applied to all of them. That is part and parcel of the deal that was made,” Mr Spicer told reporters in Washington.

Prime Minister Turnbull says that does not come as a surprise.

He says Australian protocols are much the same when it comes to accepting refugees.

“We don’t cut corners or compromise on keeping Australians safe and the United States government has exactly the same attitude. So, vetting will always be rigorous, that’s always been part of the agreement,” Mr Turnbull said.

Confusion continues to surround the future of the deal, which was struck between Australia and the US in the final months of former US President Barack Obama’s time in the oval office.

Within hours of confirmation from the White House that Donald Trump would honour the agreement, the ABC reported its Washington bureau received a follow-up call to say the President was still considering it.

Under the deal, more than 1,000 asylum seekers currently being held in offshore detention centres on Manus Island and Nauru would be resettled in the United States.

SBS News is seeking independent clarification from the White House.

“Mr Turnbull said that Mr Trump has promised the deal will go ahead so I assume that Mr Turnbull was being straight with us,” he told reporters in Melbourne.

Greens Immigration spokesperson Nick McKim says it is now clear "the US deal relies on an unhinged, dishonest President" and the refugees should be brought to Australia.

“Refugees are people, not political bargaining chips, and the men, women and children in offshore detention remain Australia’s responsibility,” he said.

“Having suffered so greatly at Australia’s hands, they do not deserve more months of uncertainty and angst.”

“The ongoing uncertainty about the resettlement arrangement is only making life worse for the people on Nauru and Manus who have already suffered so much,” he said.

He outlined his government’s agenda for 2017 which includes a focus on housing affordability, energy security, schools funding and childcare.

The government wants to introduce a bill that would streamline multiple childcare subsidies into one means-tested payment, but insists that cuts to family tax benefits would be needed to pay for it.

The reforms were first announced in 2013, and are scheduled to start in July next year.

Company tax cuts will also be a key focus as early as next week, when parliament resumes sitting for the first time this year.

The government wants to cut the company tax rate from 30 per cent down to 25 per cent within the next decade, but needs support from the Senate crossbench to do it.

Despite a messy start to the year for the Turnbull Government following the resignation of former Health Minister Sussan Ley over the expenses scandal, the Prime Minister is staying positive.

“Our greatest days are ahead of us, we’ve got to believe in ourselves,” he said in Canberra.