The death of Iranian man Omid Masoumali, who set himself on fire on Nauru, is the subject of an inquest in Brisbane. 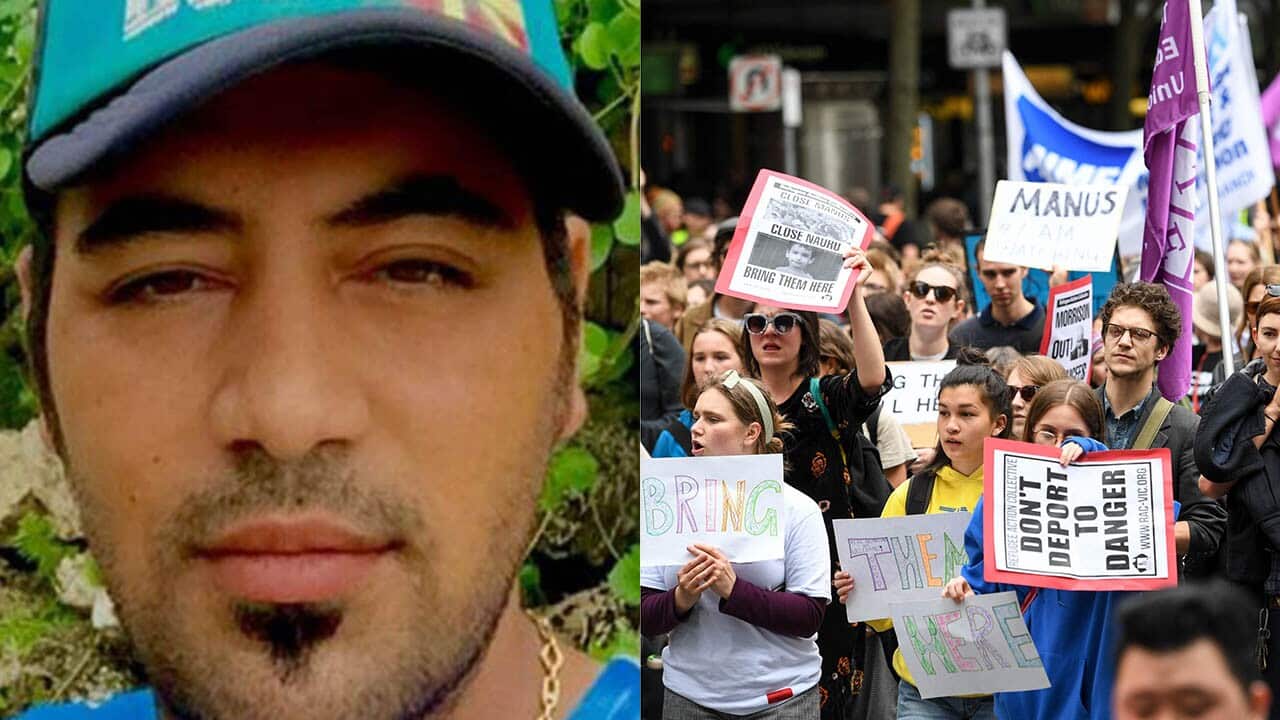 Omid Masoumali needed urgent care but it took 31 hours for the Australian government to send him to a burns unit. Source: AAP

An Iranian refugee fatally set himself on fire on Nauru after his partner became frustrated with a conversation with United Nations representatives about their plight, an inquest has heard.

The woman, who cannot be named for legal reasons, has painted a bleak picture of their life after leaving Iran for Australia in June 2013 while giving evidence at a coronial inquest into Omid Masoumali's death.

After being intercepted on their way to Australia by boat, the couple were taken to Christmas Island then an immigration detention centre on Nauru, she told the Brisbane Coroners Court on Monday.

Access to water, communications and medical services on Nauru were limited, she testified, and they only ate once a day because "the other meals weren't edible".

Hygiene was "the worst you can get" and their showers were capped at three minutes.

Their complaints were met with comments to "go back to your country", she told the inquest.

"The mental health system they provided there was rubbish," the woman said through an interpreter.

"If there was any sickness regarding the (hot) weather the only solution was water.

"It wasn't a good situation at all, especially for the women and kids."

After they were granted refugee status, they lived on Nauru but were provided with little information about their bid to get to Australia.

"That was the worst part of it," she said.

In April 2016, the woman said she sat down with visiting UN officials and told them of her plight, but became "upset and frustrated" when she believed the organisation approved of their treatment by the Australian government.

"More people had come to cause more misery and pain," she said.

After the conversation, Mr Masoumali became angry when he saw the woman was upset.

A pre-inquest conference last year heard the 24-year-old poured petrol onto his clothes and lit them in front of the UN officials.

It would take more than 30 hours to get him to the Royal Brisbane and Women's Hospital for specialist burns treatment, the court heard.

Coroner Terry Ryan is expected to probe what could have been done to prevent the death, as well as the health and medical evacuation services provided.

But the inquest will not investigate Australia's treatment of or its obligation to Mr Masoumali as a refugee.

Demonstrators in Melbourne rally, calling for politicians to bring refugees from Nauru and Manus Island to Australia. Source: AAP

A vigil has been held outside the court ahead of the inquest.

"(His family) want to ensure this never happens again to any other family," their lawyer George Newhouse told reporters outside Brisbane Coroners Court on Monday.

"Omid's death did not occur in isolation. There are 12 other deaths on Nauru and Manus (Island).

"Every death in immigration detention and offshore should be etched in the minds of every Australian.

"The government says they're concerned about the loss of life at sea but here are 12 people who died in offshore detention."