Debate continues to circle the Religious Discrimination Bill as the Morrison government attempts to balance the views of public submissions on the matter. 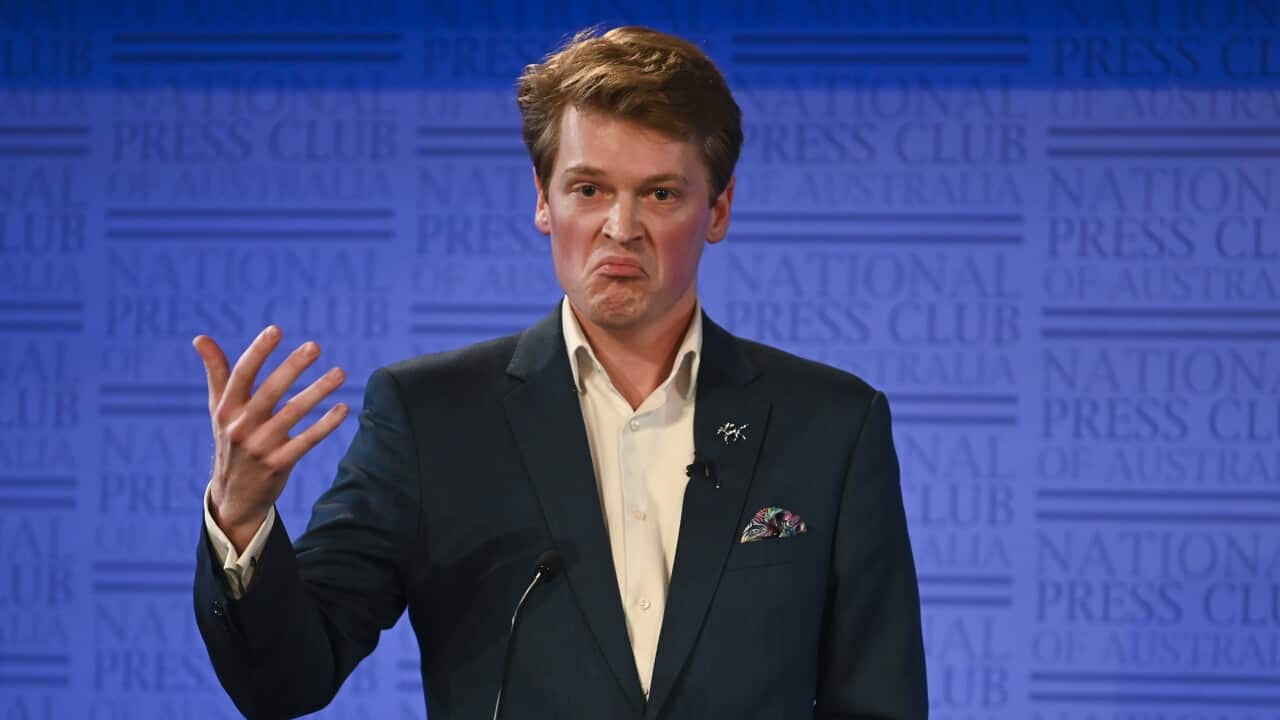 The Morrison government’s Religious Discrimination Bill - aimed at protecting religious expression from being discriminated against - continues to be gripped by heated debate.

Attorney-General Christian Porter has vowed the legislation would act as a shield against discrimination rather than a sword to allow others to discriminate.

But a draft version of the Bill has left stakeholders deeply divided over whether the measure finds this balance.

Advertisement
As submissions on the Bill are examined, the heads of the Australian Christian Lobby and National Secular Lobby have met in Canberra to debate the proposal.

Managing Director of Australian Christian Lobby Martyn Iles speaks during a debate on the Religious Freedom Bill at the National Press Club in Canberra. Source: AAP

Their opposing views shedding light on the split public opinion facing the Bill between religious and secular groups.

“I see a rising trend of intolerance and I see this as genuinely helpful,” he told the National Press Club.

“It isn’t a licence for bigotry that simply betrays the fact that we are now calling bigotry, anything we don’t like.”

“And in this case it is religion, this is not bigotry, this is a very confined and narrow exception, on what you can and cannot say.”

Submissions on the draft laws closed last Wednesday, and Attorney-General Christian Porter has told SBS News ‘issues raised’ during this consultation period were being reviewed.

“We will be working through all … the submissions in detail and as swiftly as possible over the coming weeks,” he said.

“This bill seeks to balance those views and that balancing process will continue as we consider the submissions in full.”

Stakeholders are divided over the Bill, with some concerned the legislation gives too much power to protecting religious expression and others believing it does not go far enough.

Mr Iles said fears the protection of statements of belief would lead to a ‘licence for bigotry’ were unfounded.

"There are people out there right now who are told they cannot at all express ... their religious beliefs in the workplace."

“There is an anti-religious element here and that’s why this is a helpful Bill.”

But for Ambassador of the National Secular Lobby Fiona Patten, who is also a Victorian crossbench MP, this concern remains a point of contention.

“I believe we should protect against discrimination on the basis of religious belief,” she told the National Press Club.

“However, the Religious Discrimination Bill does not foster tolerance, it doesn’t foster mutual respect. In fact, it does the opposite.”

Attorney-General Christian Porter said there have been three main areas of concern raised by business, religious and minority groups during the submission period.

“Big businesses don’t want any additional limitation on their ability to control what their employees do and say in their spare time, particularly, if the thing said is religious,” he said.

“Religious groups generally welcome the additional protection against discrimination for people of faith however some (but not all churches) want there to be even more minimal limits on what religious Australians can say.”

He also said LGBTIQ+ groups have warned of the dangers posed by stronger protections for religious expression.

“LGBTIQ+ groups would go the other way … saying that religious Australians should still face discrimination lawsuits even if the person has done no more than say something genuinely consistent with their faith in a temperate way which is not malicious or harassing or vilifying,” Mr Porter said.

The Human Rights Commission and the Law Council of Australia have both made submissions over the draft laws during the consolation period.

The peak legal body expressed fears the Bill could ‘prioritise the protection of freedom of religious expression over other well-established rights’.

The Human Rights Commission said the Bill could provide protection to religious expression ‘at the expense of other rights’.

The Commission explains the Bill outlines that: "a ‘statement of belief’ does not constitute discrimination for the purpose of any anti-discrimination law".

“This legislation basically says that Australians should have the right to be bigots,” she said

"I can't see any reason for this legislation except as a sop to various conservative groups because of the Marriage Equality Act."

The Bill has been marked by its perceived connection to high profile cases such as the sacking of Israel Folau by Rugby Australia for expressing anti-gay views on social media.

It includes what’s been dubbed an ‘Israel Folau’ clause, which would mean companies with revenue of at least $50 million a year would be required to prove that sacking an employee was necessary for them to avoid ‘unjustifiable financial hardship.'

The Australian Industry Group has expressed concern the proposed laws could expose employees to discrimination and has also warned others could be given a platform to argue they should not have to comply with employer policies.

When asked if the religious protections could allow someone to be sacked by a Christian organisation for being gay, Mr Isles said employers should make clear conditions of employment and beliefs of a company.

“If somebody was to engage in a behaviour that is outside of that and therefore undermine the purpose of the organisation and its promotion of the Christian faith … then there would be a right there absolutely,” he said.

“[But] it concerns me though … this wide-eyed obsession… [that] Christians somehow have this special vendetta, where it is the LGBTI community that is always going to be excluded.”

Mr Iles said the perception that religious people want stronger religious protections to allow them to vilify others needs to change.

“This assumption that someone who is religious being able to make a statement of belief is bigoted … is one of the issues that we really need to resolve,” he said.

“You can’t have bigotry without vehement intolerance and in most cases people have no intention.”

The Bill is expected to be put to Parliament this year, where it will likely face more scrutiny in a Senate Committee.