Nine religious leaders have been charged with trespassing after a sit-in at the office of federal Liberal MP Jamie Briggs in a protest against holding children in immigration detention centres. 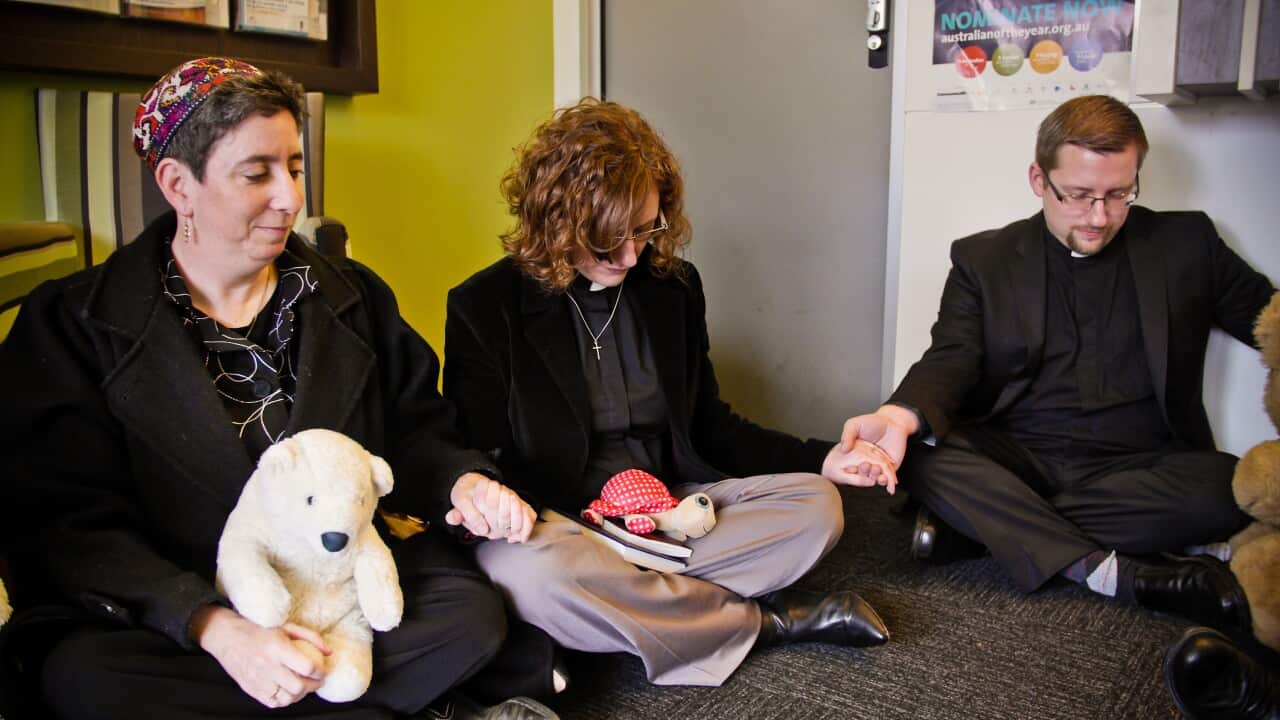 Nine religious leaders have been arrested and charged with trespass after staging a sit-in at federal Liberal MP's electorate office in protest at Australia’s asylum seeker policies.
The leaders from Christian and Jewish faiths staged an all day vigil at the Adelaide Hills office of MP Jamie Briggs, whose electorate includes the Inverbrackie Detention centre.

Advertisement
The group refused to leave until Mr Briggs told them when 938 children in detention would be released, eventually prompting police to arrest them so that the office could close. They have been bailed to appear in court on August 15.

The Inverbrackie detention centre is due to close soon. Police on Tuesday said nine people, aged between 24 and 65, had been charged with being a trespasser and failing to leave.
One of the protestors, Rabbi Shoshana Kaminsky says it’s a continuation of an Australia-wide campaign called "Love Makes A Way" that has seen 38 other faith leaders arrested for similar protests at the electorate offices of Prime Minister Tony Abbott, Foreign Minister Julie Bishop, Immigration Minister Scott Morrison and Opposition Leader Bill Shorten.

"This is part of a national movement which I believe is gaining momentum," she said.

"We do consider this to be a faith issue, although we also consider it really to be an Australian issue, and we want to really draw attention to that, so yes we are not the first and we have been inspired by similar actions elsewhere in Australia."
She say the group is prepared to face fines or jail to highlight their cause.
“The general principle around non-violent direct action is when the law itself is unjust then there is justification for breaking the law. And we’re certainly not a violent group, we are not planning to resist in any way, but we want to draw attention to just how unjust our current policy towards asylum seekers is.”
The Love Makes A Way group spent nearly ten hours in the foyer of Mr Briggs' office on Monday, praying for compassion for hundreds of children in detention, while holding soft toys.'