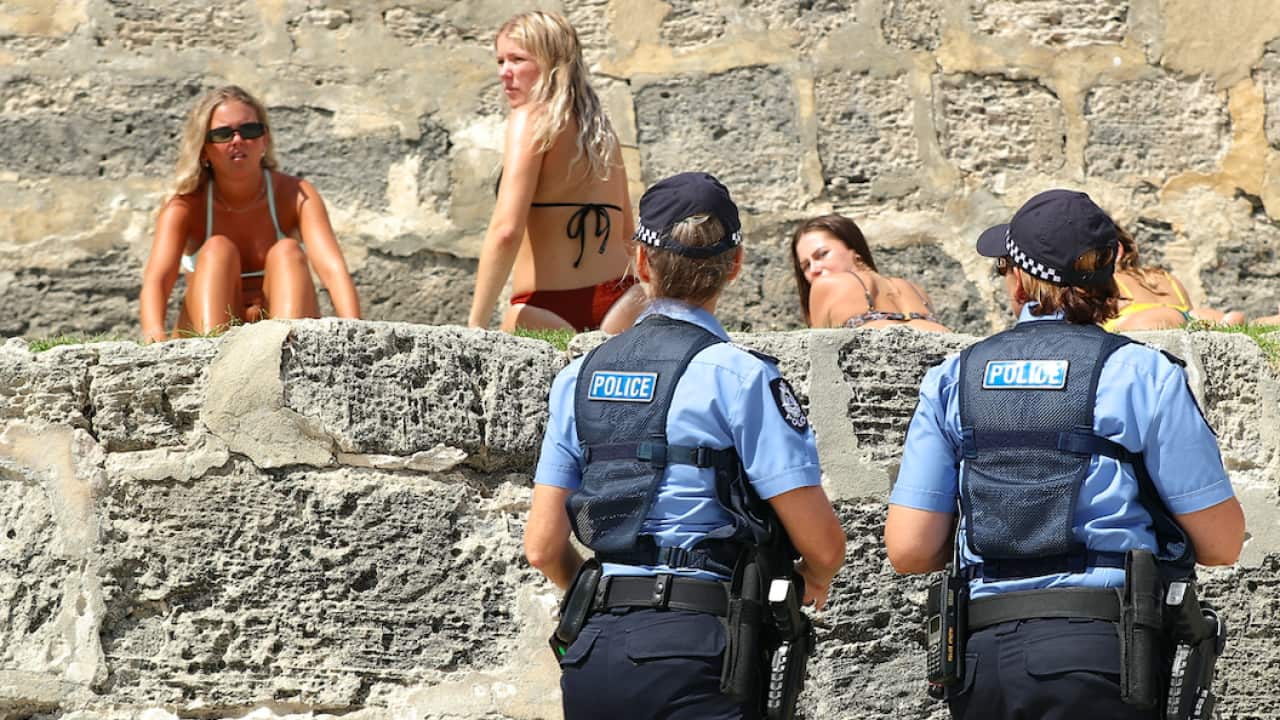 Fines will be issued for not quarantining for 14 days after returning from overseas, attending or organising mass gatherings, and disobeying other government directions
such as wedding and funeral sizes
.

A number of beaches around the country are starting to close. Source: Getty