The mining agreement, negotiated by Rio Tinto with the Australian government in the 1960s, did not include significant environmental regulations or liability for mine site rehabilitation. 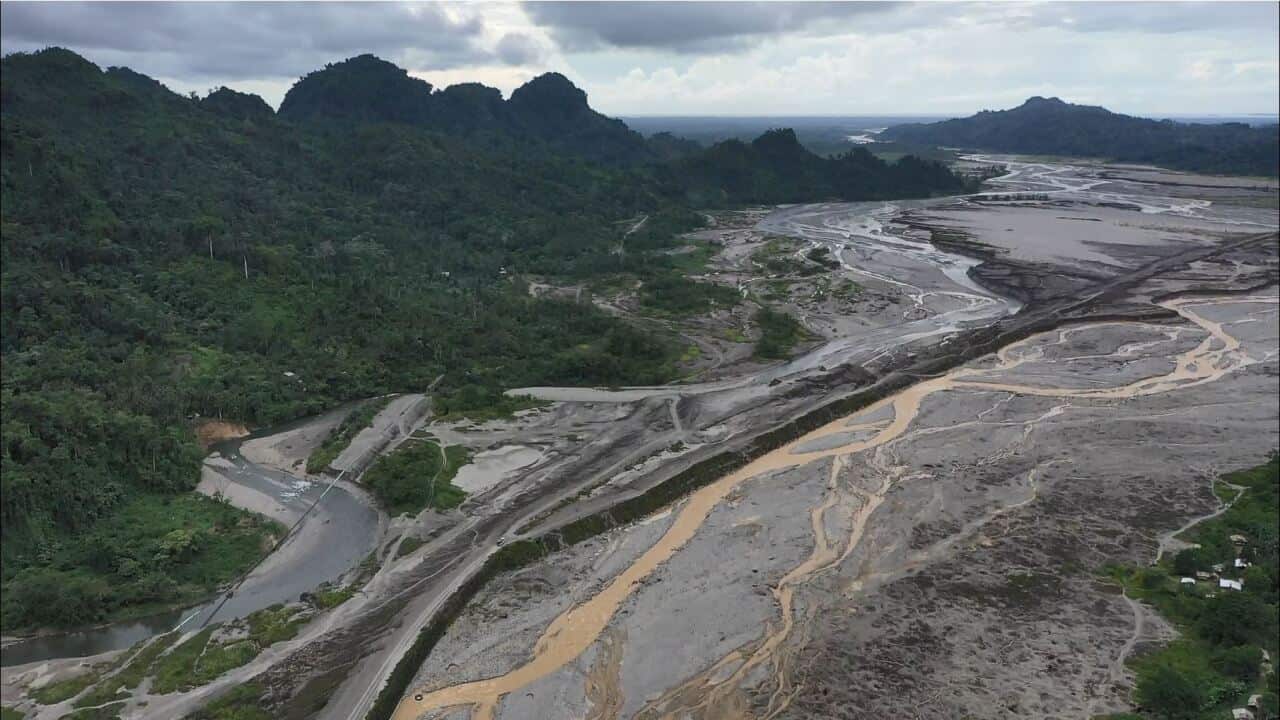 Multinational mining giant Rio Tinto has agreed to fund an independent assessment of the human rights and environmental impacts of its former Panguna copper and gold mine in Papua New Guinea’s autonomous region of Bougainville.

Rio Tinto abandoned the mine in 1989 during a brutal civil conflict on Bougainville and now no longer holds a stake after controversially divesting its shareholding to the PNG and Bougainville governments in 2016, rejecting corporate responsibility for environmental damage.

The mining agreement, negotiated by Rio Tinto with the Australian government in the 1960s, when PNG was a colony, did not include significant environmental regulations or liability for mine site rehabilitation.

Advertisement
An estimated billion tonnes of mine tailings pollution has now spread downstream from Panguna, spreading across the Jaba-Kawerong river delta stretching 40 kilometres to the coast.

"This is an important day for communities on Bougainville," said traditional landowner and MP Theonila Roka Matbob, representing the communities involved in the complaint.

"Our people have been living with the disastrous impacts of Panguna for many years and the situation is getting worse. The mine continues to poison our rivers."

"These problems need to be urgently investigated so solutions can be developed and clean-up can begin. Today’s announcement gives us hope for a new chapter for our people."

Downstream landowner and claimant George Posiona among the tailings from Panguna. Source: Supplied

Last November, a complaint by 156 landowners against Rio Tinto was accepted by the Australian government for mediation under its obligations as a member of the OECD club of wealthy nations.

Their environmental and human rights claim states: “The mine pollution continues to infringe nearly all the economic, social and cultural rights of these indigenous communities, including their rights to food, water, health, housing and an adequate standard of living".

“This is an important first step towards engaging with those impacted by the legacy of the Panguna mine,” Rio Tinto chief executive Jakob Stausholm said in a statement.

“Operations at Panguna ceased in 1989 and we’ve not had access to the mine since that time. Stakeholders have raised concerns about impacts to water, land and health and this process will provide all parties with a clearer understanding of these important matters so that together we can consider the right way forward."

“We take this seriously and are committed to identifying and assessing any involvement we may have had in adverse impacts in line with our external human rights and environmental commitments and internal policies and standards.”

The Autonomous Bougainville Government (ABG) has confirmed it supports the process.

Rio Tinto has not yet committed to funding clean-up and remediation of the mine.

The Panguna mine was one of the world’s largest copper and gold mines, generating an estimated US$2 billion in revenue for Rio Tinto during the 1970s and 1980s.

Disputes over jobs for landowners, environmental pollution and distribution of profits sparked a decade-long ‘Bougainville Crisis’ civil war in 1989 that claimed the lives of nearly 15,000 people.

“This assessment is a critical first step towards addressing that legacy," said Keren Adams, a legal director at the Human Rights Law Centre.

"However, we stress that it is only the first step. The assessment will need to be followed up by swift action to address these problems so that communities can live in safety."

"Communities urgently need access to clean water for drinking and bathing. They need solutions to stop the vast mounds of tailings waste eroding into the rivers and flooding their villages, farms and fishing areas. This is what remediation means in real terms for the people living with these impacts."

Estimates of the cost for full mine site and downstream tailings rehabilitation is in the billions of dollars.

“It’s destroyed the sago palms and other trees ... and destruction continues. You can see where the fertile land is covered over,” said downstream landowner and claimant George Posiona.

“It’s taking up a large area and we believe in a few years time we will not be able to plant food. It continues to flow down and destroy this land.”

READ MORE
Bougainville has voted to become a new country, but its journey to independence is far from over

The Department of Treasury’s OECD National Contact Point (AusNCP) is responsible for mediating the dispute, issue findings, and recommending action to address any breaches.

The announcement comes as Rio Tinto continues to face a federal parliamentary inquiry into the destruction of the sacred Aboriginal Juukan Gorge cave site in Western Australia which contained evidence of 46,000 years of human use.

Bougainville overwhelmingly voted for independence from Papua New Guinea in 2019 and hopes to gain nationhood by 2027.

Debate continues over whether to reopen the mine to underpin the economic security of Bougainville.