Donald Trump fellow Republican presidential candidates have criticised his intention to require all US Muslims to register and be monitored through a database. 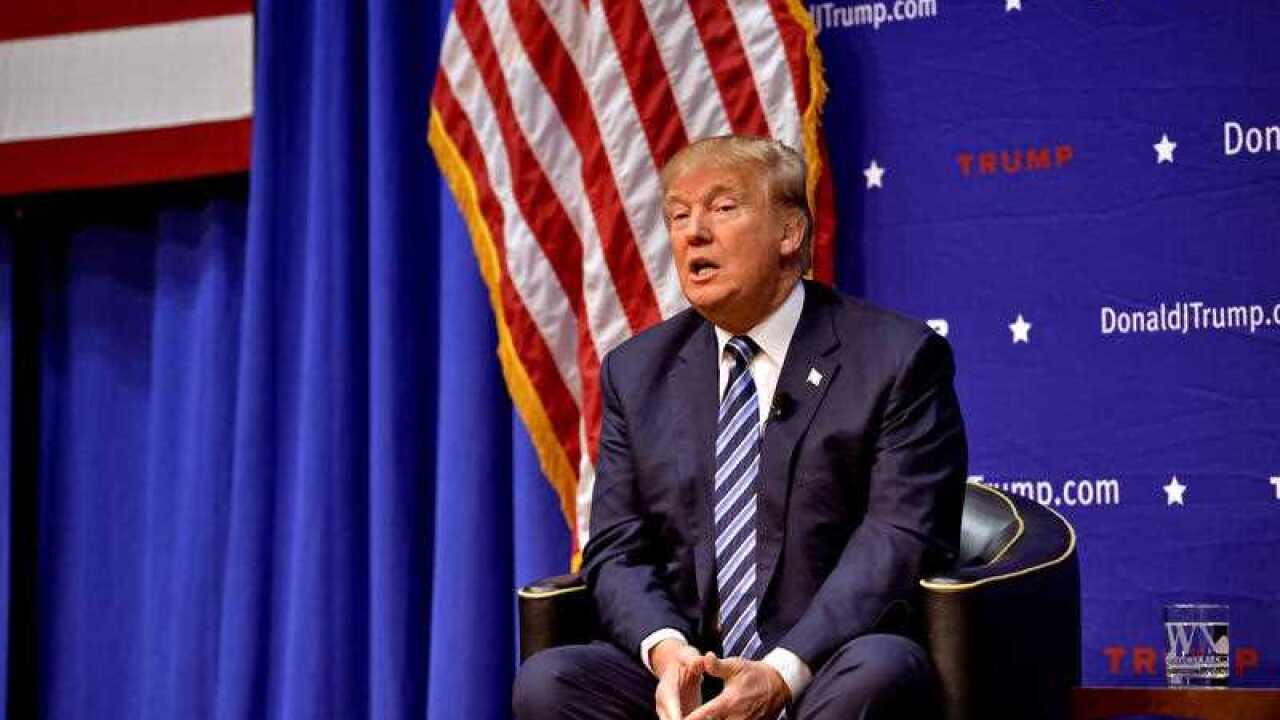 Republican presidential candidate Donald Trump drew criticism from White House rivals on Friday for saying he would implement a database to keep track of Muslims in the United States and require them to register in response to the attacks in Paris.

Trump, speaking to an NBC News reporter after a campaign appearance in Iowa on Thursday night, was asked if there should be a database to monitor Muslims in the United States.

"I would certainly implement that, absolutely," he said in on-camera comments. Asked how that differed from efforts last century to track Jews in Nazi Germany, he said: "You tell me."

Advertisement
On Friday, Trump deflected criticism of the remarks, saying in a tweet: "I didn't suggest a database-a reporter did. We must defeat Islamic terrorism & have surveillance, including a watch list, to protect America."

His comments came amid renewed security concerns following the Islamic State attacks in Paris last week that killed at least 129 people, and a political fight over U.S. plans to take in 10,000 refugees from Syria.

"It's manipulating people's angst and their fears," he said on CNBC. "That's not strength. That's weakness."

Kasich, whose Super PAC is launching a $2.5 million series of attacks against Trump, said the proposal proved the real estate mogul was not worthy of the White House.

"The idea that someone would have to register with the federal government because of their religion strikes against all that we have believed in our nation’s history," Kasich said in a statement. "Donald Trump is unable to unite and lead our country.”

Texas Senator Ted Cruz refused to criticise Trump but said he disagreed with his plan for registries. "I'm a big fan of Donald Trump's, but I'm not a fan of government registries of American citizens," Cruz said.

"I don’t think it’s a good idea to treat anybody differently, one of the hallmarks of America is that we treat everybody the same," Carson said.

He said, however, it would be acceptable to shut down mosques where "a lot of activity going on that is radicalising people."

Other Republican candidates opted not to weigh in on the proposal by Trump, who earlier in the week called for shutting down American mosques frequented by radicals.

Trump, who leads the Republican presidential field in opinion polls, has called for deporting the estimated 11 million illegal immigrants in America.

He said Muslims would be legally required to register for the database. "There should be a lot of systems, beyond databases," he said.

"This is shocking rhetoric. It should be denounced by all seeking to lead this country," Clinton said on Twitter. Sanders called Trump's remarks "outrageous and bigoted."

The Paris attacks have launched a growing debate on the 2016 campaign trail about the appropriate U.S. response.

As the debate over terrorism has gained prominence on the campaign trail, early polls show Republicans turning to Trump, a billionaire with no previous government experience, to tackle the issue. A Reuters/Ipsos poll taken in the days after the attack found 33 per cent of Republicans think he is best suited to address terrorism, leading the field.

Trump supporters Betty and Terry Phelps, of Lisco, Nebraska, said the database plan made sense. Betty Phelps said it would not be much different than existing databases.

"We’re all kept track of, through driver’s license, social security number," she said.

Ibrahim Hooper, spokesman for the Council on American-Islamic Relations, a Muslim rights group, said the rest of the Republican presidential field should say publicly whether they would close mosques, create a database of Muslims or require Muslims to carry a special ID card.

"This is way beyond the pale, this is basically a call to persecute a religious minority based on nothing other than their faith," Hooper said.