In a shock announcement, Russia's entire government has confirmed it will resign after President Vladimir Putin announced a slew of constitutional changes. 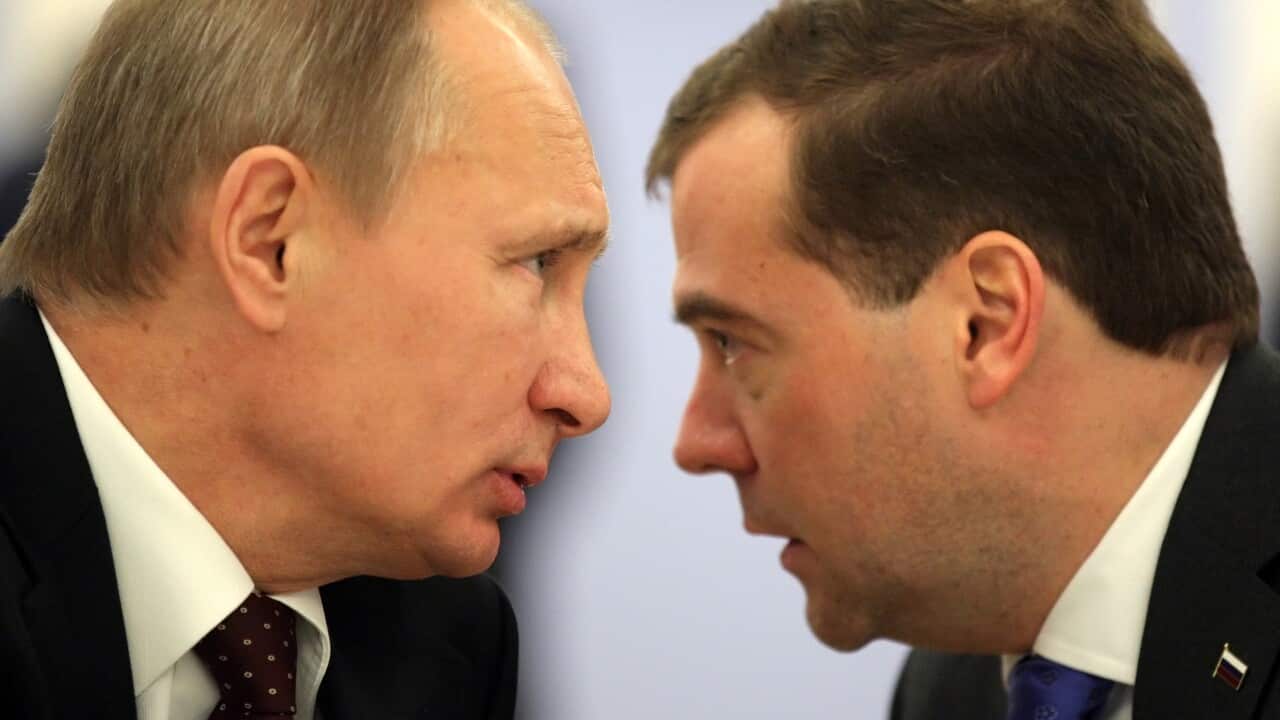 Russian President Vladimir Putin has named a little-known new prime minister and proposed a constitutional shake-up as he announced sweeping changes that fuelled speculation about his future plans.

In a shock announcement, Prime Minister Dmitry Medvedev said his government was stepping down after Putin used his annual state of the nation address to propose constitutional reforms that would strengthen parliament's role.

Speculation swirled about how the changes might affect Russia's political system and potentially allow Mr Putin to stay on after 2024, when he is due to step down after a fourth Kremlin term.

Some suggested he could be laying the groundwork to assume a new post or remain in a powerful behind-the-scenes role.

The state of the nation address saw Mr Putin propose the first significant changes to the country's constitution since it was adopted in 1993.

Putin said he wanted to see more authority transferred to parliament, including the power to choose the prime minister and senior cabinet members, instead of the president as under the current system.

The powers of the State Council, an advisory body, would be expanded and residency requirements tightened for presidential candidates and other top officials.

"Today in our society there is a clear demand for change," Mr Putin said in his address.

The package of reforms would be put to a national vote, he said, without specifying when.

"We will be able to build a strong, prosperous Russia only on the basis of respect for public opinion," the 67-year-old leader said.

A few hours later, Mr Medvedev and Mr Putin appeared alongside each other on national television to say the government was stepping down.

Mr Medvedev said the constitutional proposals would make significant changes to the country's balance of power and so "the government in its current form has resigned".

"All further decisions will be taken by the president," he added.

Mr Putin thanked Mr Medvedev - who also served as Russian president for four years from 2008 - and suggested that he take on a role as deputy head of Russia's Security Council, which the president chairs.

"Russia has entered its period of power transition ahead of schedule," said Tatiana Stanovaya, head of the R.Politik analysis firm.

She said it appeared Mr Putin was preparing for a powerful post-presidential role as head of the State Council.

Mr Mishustin, the 53-year-old nominee for prime minister, is a relatively obscure figure who has run Russia's tax service since 2010.

The former head of an investment group, he is a "neutral figure" unlikely to be groomed as Mr Putin's successor, political analyst Ekaterina Schulmann said.

Leading Kremlin critic Alexei Navalny said he believed Mr Putin's goal remained to be "sole leader for life" and he expected any vote on constitutional changes to be "fraudulent crap".

Russia last conducted a referendum in 1993 when it adopted the constitution under Mr Putin's predecessor Boris Yeltsin.

Mr Putin has held a firm grip on the country since coming to power with Yeltsin's resignation in 1999, staying on as prime minister when Medvedev took the presidency.

Re-elected to a six-year term in 2018, Mr Putin has seen his approval ratings fall to some of their lowest levels, though still far above those of most Western leaders.

Recent polls put Mr Putin's rating at 68-70 per cent, up a few points from a year ago, but down from a high of more than 80 per cent at the time of his last election.

Hit by Western sanctions over the 2014 annexation of Crimea, Russia's economy has stagnated and most Russians have seen their disposable income fall.

Frustration boiled over last summer, with thousands taking to the streets of Moscow to protest the exclusion of opposition candidates from local elections, leading to wide-scale arrests and long jail terms for a number of demonstrators.