It comes during the same week South Australia Police began a separate investigation after video emerged of an Aboriginal man being pinned to the ground by an officer and apparently struck repeatedly. 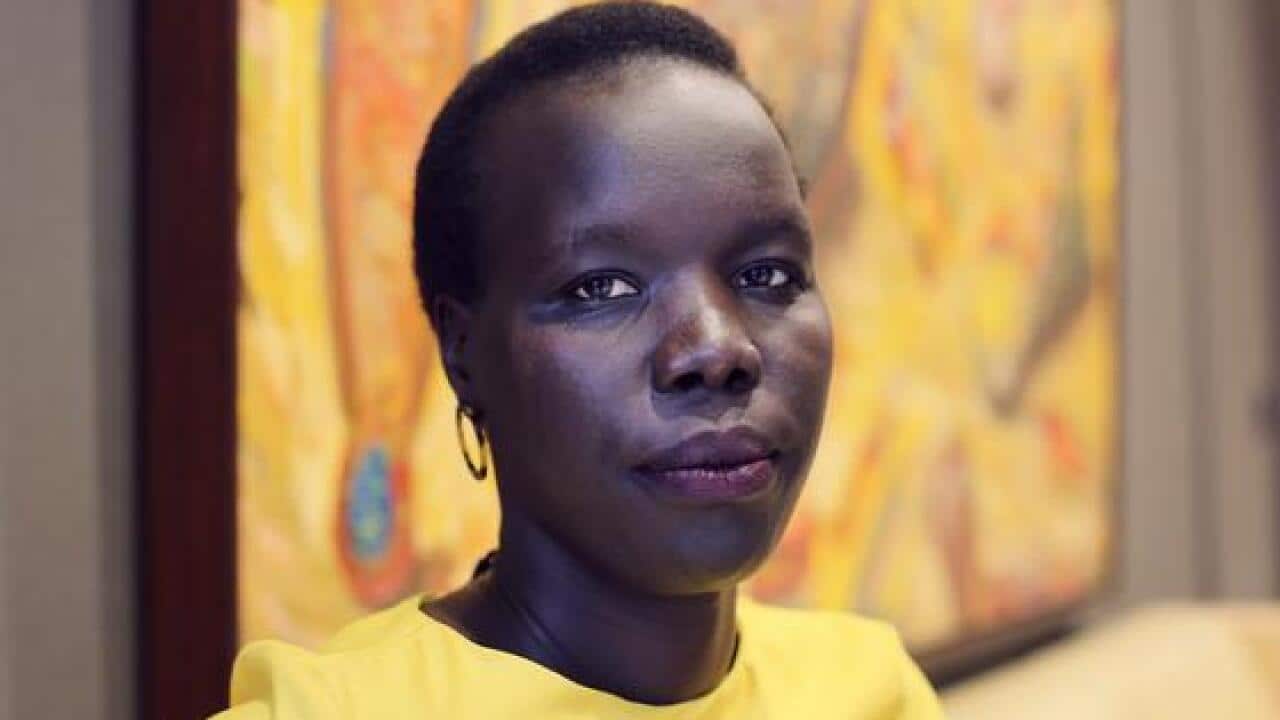 A South Australian police officer is being investigated after sending a racist social media message to a Sudanese-Australian lawyer and human rights advocate.

Nyadol Nyuon received the message on Facebook after appearing on last Monday's episode of the ABC's QandA program.

The message told Ms Nyuon, among other things, to "stop blaming white [men] and pulling the race card you ignorant c***".

Nyadol Nyuon came to Australia at the age of 18. Source: University of Melbourne

"The comments and views on this personal Facebook account are abhorrent and in no way representative of the values of South Australia Police," the spokesperson said.

"We are sorry for the offence caused by these comments. A full and expedient internal investigation will be undertaken."

The police spokesperson also said the officer was being provided "ongoing support for a number of personal issues".

The abuse directed at Ms Nyuon prompted an outpouring of support for her on social media.

On Wednesday, Ms Nyuon said she had no ill wishes against the officer and was not seeking revenge.

"After he was identified and couldn't abuse me anymore, I deleted his comments, asked that he no longer be named in reports and specifically mentioned when called by South Australia Police that I was not interested in getting him fired," Ms Nyuon tweeted.

"The comments are inexcusable, but so would [be] further 'trolling' of this man.

"This not because I am good or kind. It is because we all deserve little acts of mercy. We have to refuse, as much as we can, to totally dehumanise a person because they have dehumanised us."

Ms Nyuon was born in a refugee camp in Ethiopia in 1987.

She and her family settled in Australia in 2005 as refugees when she was 18, and went on to study law after finishing high school.

In addition to her work as a lawyer, Ms Nyuon has emerged as a leading advocate for human rights and multiculturalism and was awarded the Australian Human Rights Commission's 'Racism: It Stops With Me' award in 2018.