South and Western Australia have announced new border restrictions as the number of COVID-19 cases continues to rise across the country. 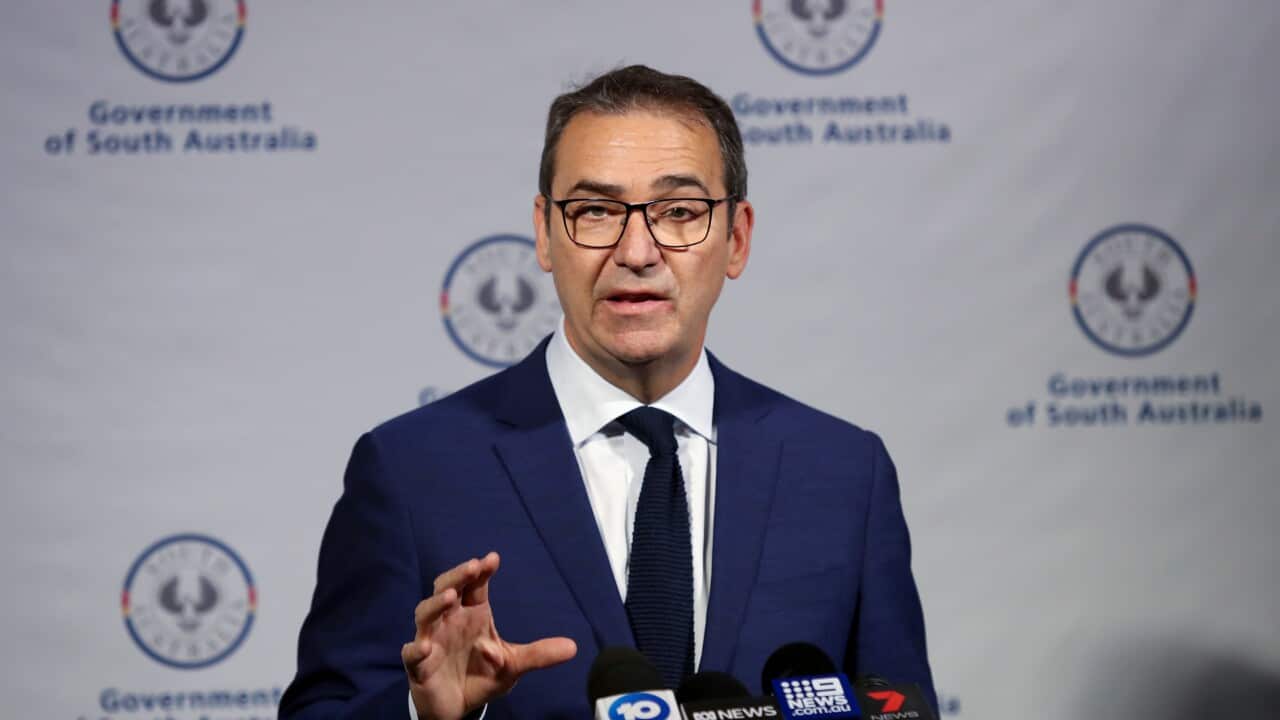 South and Western Australia will effectively close their borders on Tuesday in a bid to stop the spread of coronavirus, as the total number of infections across the country continues to spike.

In an effort to contain the spread in South Australia, Premier Steven Marshall announced on Sunday that anyone entering the state would be subject to a mandatory 14-day isolation period.

The new measures would take effect from 4pm on Tuesday and will not impact the state's essential services, including the supply of food, Mr Marshall said.

Advertisement
But South Australia's Police Commissioner Grant Stevens conceded that authorities were limited in their ability to enforce the isolation orders.

He said authorities were "relying on people's community and sense of goodwill to do the right thing", and that overwhelmingly people had been complying with orders.

Later on Sunday, Premier Mark McGowan announced entry into Western Australia would be restricted via road, rail, air and sea from 1.30pm on Tuesday, with exemptions for essential services and trucking.

The border announcements follow similar moves already made by the Northern Territory and Tasmania.

As of 1pm AEDT on Sunday, there were 1,286 confirmed COVID-19 cases across Australia.

Of those 533 cases, 46 have been contracted locally without an identified source of infection.

The number of negative tests conducted, as of 8pm on Saturday, was 52,130.

In Victoria, food packages will be distributed from tomorrow to people who don't have friends and family who can readily help them get supplies.

State authorities confirmed on Sunday morning the number of the people infected rose overnight by 49 to 278.

Queenslanders have also been urged to stay in their own neighbourhoods to limit the spread of coronavirus across the state.

Premier Annastacia Palaszczuk made the request on Sunday morning, as it was announced the number of cases had jumped by 38 overnight, to 259.

At midday on Sunday, the ACT reported 10 new cases, bringing its total to 19.

Chief Minister Andrew Barr has urged all Canberrans to avoid non-essential travel outside the Canberra region.

Seven people have so far died in Australia after contracting the virus; six in NSW and one in Western Australia.