Australian sex workers are appalled and distressed by a widely distributed Salvation Army Red Shield Appeal collection envelope that they say vilifies them. 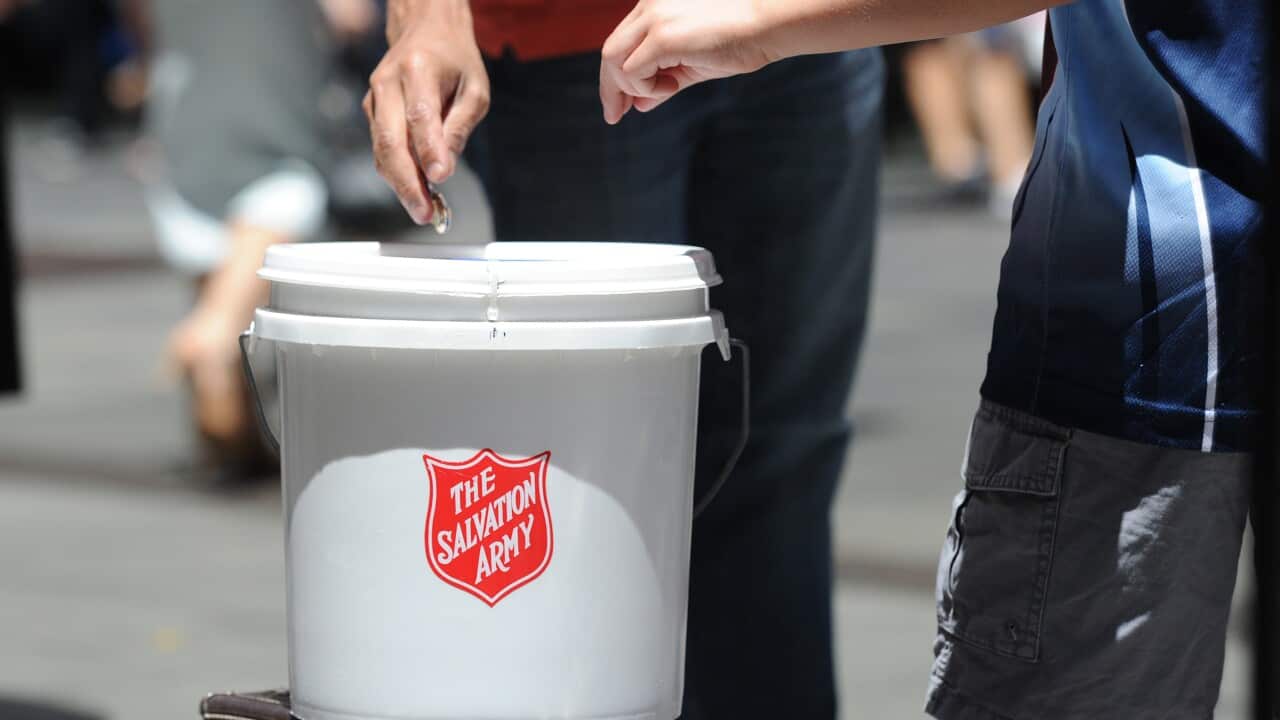 A Salvation Army Red Shield Appeal collection envelope that tells the story of a young girl who has a prostitute for a mother has been condemned by sex workers. Source: AAP

The Salvation Army has apologised and said it will no longer use the "offensive" material it designed for its 2016 Red Shield Appeal after complaints were made over the representation of sex workers.

The controversial collection envelope tells the story of a young girl called 'Becky' whose mother is a sex worker.

"My mother was a prostitute. She'd lock me in the bathroom. So I started cutting myself. I was 5..." the envelope reads.

Advertisement
CEO of the Sex Workers Outreach Project (SWOP) Cameron Cox says the emotive story was designed to use sex workers to leverage donations while also demonising them.

His advocacy group has been flooded with messages from female sex workers since the 2016 Red Shield Appeal launched on April 6. They were appalled and distressed by the image and choice of words on the widely distributed material.

"The headline message of the campaign is that the child abusing mother is a sex worker, with the direct implication that sex working mothers are child abusers," Mr Cox said.

"This gratuitous slur on all sex workers is based on no evidence and is seen by sex workers as a deliberate attempt by the Salvation Army to capitalise on the stigma and discrimination that sex workers face on a day-to-day basis."

The Australian Sex Worker Association and SWOP both said the use of the term ‘prostitute’ instead of the preferred ‘sex worker’ would dissuade already stigmatised sex workers from seeking healthcare, legal or other services from the organisation.

"The word 'prostitute' on the envelope is printed in a larger font than any other words and it is basically trading on the notion that we are stigmatised," said Jane*, a SWOP employee who is a mother and sex worker.

"People reading that would imagine that mothers who are sex workers may not be good parents, and yet there is no evidence of that at all.

"[The Salvation Army] are Christians who are supposed to be warm-hearted and sensitive when working with people who are marginalised and poor, including some sex workers, yet they think this kind of gesture is just a tiny mistake in their history. It's not a tiny mistake when it makes people like me feel they are excluded from society."

"People reading that would imagine that mothers who are sex workers may not be good parents, and yet there is no evidence of that at all."

The Salvation Army has
since issued an apology
, saying the language included in the advertisement will not be used in future promotional materials.

"The Salvation Army acknowledges that our recent marketing material used the term ‘prostitute’, rather than the correct term of ‘sex worker’ which was disrespectful," the statement reads.

"Our intention was not to further stigmatise sex workers, an already stigmatised community, nor did we intend to discriminate by implying that abuse occurs as a result of a person’s occupation."

The collection envelopes had been distributed to over 50,000 homes before its offensive contents were flagged, said Major Bruce Harmer, a Communications and Fundraising Secretary for The Salvation Army.

He confirmed that those already sent to households via inserts in magazines would not be retracted, but no further advertisements telling Becky's story would be given to the public.

"On most occasions we are very careful and have openly acknowledged our error and done as much as we possibly can to minimise the impact on that community. Our track record also speaks for itself.

"It's not a conspiracy, just an error, and we are doing everything we can to work with the peak body [Scarlet Alliance] to move towards a resolution."

This is not the first time The Salvation Army's marketing materials have been condemned by sex workers.

In 2009, a newspaper advertisement that claimed a man called Rick was 'saved' from a life of prostitution was pulled after complaints were made.

Major Phillip Maxwell apologised at the time for distancing one of the at-risk groups his organisation hopes to serve.

The 2009 Salvation Army advertisment that was pulled for increasing stigma towards prostitutes. Source: Supplied

The Red Shield Doorknock is an annual national fundraising appeal. It will take place on May 28 and 29 this year.

Organisers are hoping to raise $18 million for services including refuges, beds for the homeless, meals for the hungry and food vouchers for families doing it tough.