The number of measles cases has doubled in the past week, despite a state of emergency being in place. 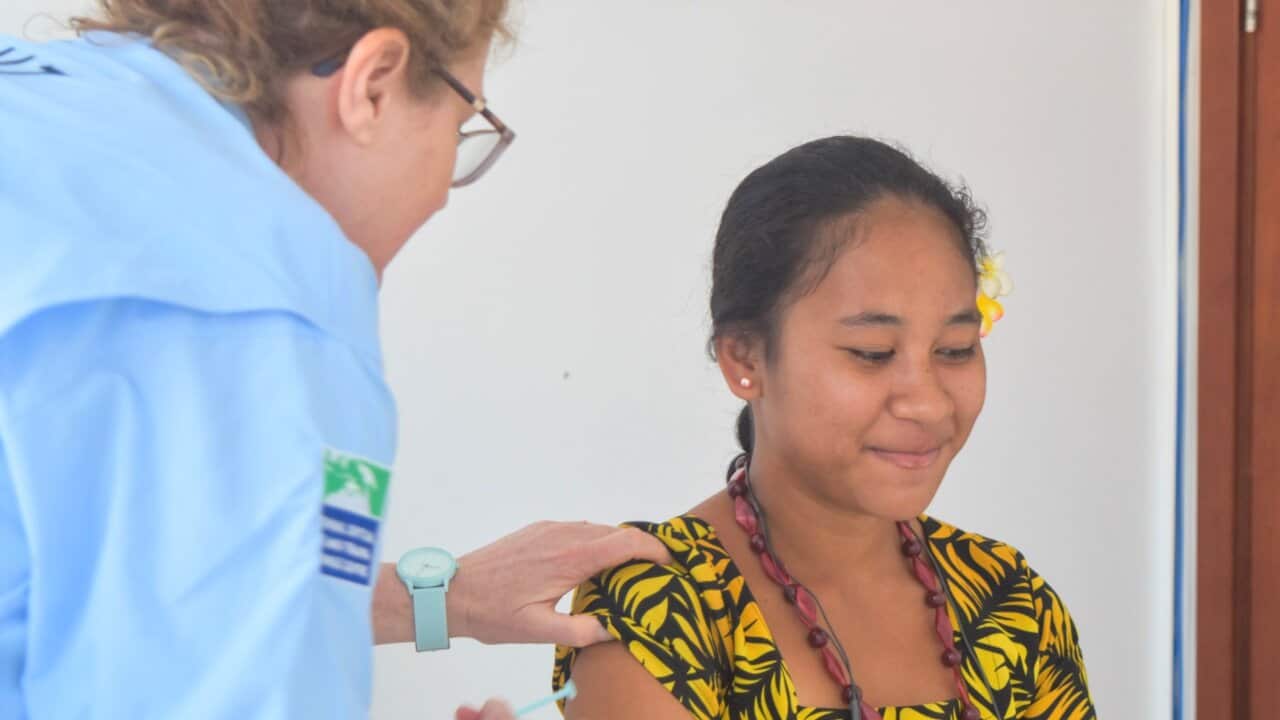 More than 57,000 Samoans have been vaccinated since it was made compulsory last month. Source: Unicef Pacific

Samoa's measles outbreak continues to spread at a rapid rate with the number of cases doubling in the past seven days, despite the government's emergency measures designed to contain the infectious disease.

At least 53 Samoans are dead, up from 20 a week ago, and 3,728 have contracted the preventable disease, Samoa's health ministry reported on Sunday.

Since Saturday, 198 new cases had been reported.

Advertisement
Of the 53 deaths, all but four have been children under the age of four.

Radio NZ reports the capital Apia has an "eerie and quiet" feel amid widespread "concern and fear" of the disease's deadly reach.

The Samoan government has declared a state of emergency, closed schools and made immunisations compulsory as it hunkers down in a bid to stop the disease spreading.

More than 58,000 people have been vaccinated since a mass vaccination campaign began on 20 November.

According to the Samoa Observer, the police force has threatened to charge or arrest people who contravene emergency orders by taking children to public gatherings.

Mobile vaccination units, staffed with health workers and police, are travelling around the country to up vaccination rates - estimated to be just a third of the population; one of the lowest proportions in the world.

The country's immunisation rates for measles have crashed in recent years according to the World Health Organisation, slumping from near herd immunity rates of 90 per cent in 2013 to the critical level today.

Anti-vaccination beliefs were emboldened last year when two children were killed in a bungled vaccination.

That case led to the jailing of two nurses for manslaughter, a further lack of trust in immunisation - and arguably, the crisis unfolding this month.

To understand just how hard Samoa has been hit, a similar rate in Australia would see 380,000 infections - or a city roughly the size of Canberra.

Both Australia and New Zealand have provided nurses and vaccinations to support their Pacific neighbour.

On Friday, Kiwi Foreign Minister Winston Peters announced a fresh round of support, including 100,000 vaccines and an oxygen production machine to "help meet unprecedented demand".

"New Zealand will deploy up to 15 ICU specialists, as well as additional Samoan-speaking doctors and nurses, to work alongside medical staff from Samoa and other partners and provide relief," he said.

The situation is so traumatic, New Zealand is looking to send psychological support to health workers "who have been confronted with some distressing cases in very demanding conditions".

The Samoan government has also launched an online appeal for donations to a government bank account.

There are also current but lesser outbreaks in Fiji, the Philippines and Tonga.

As Samoa spirals, New Zealand's own outbreak - its worst since the 1990s - appears to be reaching a conclusion.

New Zealand has recorded 2113 cases of the disease this year, peaking in September when almost 200 cases were recorded each week.

Auckland was the hardest hit, with three-quarters of infections occurring in New Zealand's biggest city.