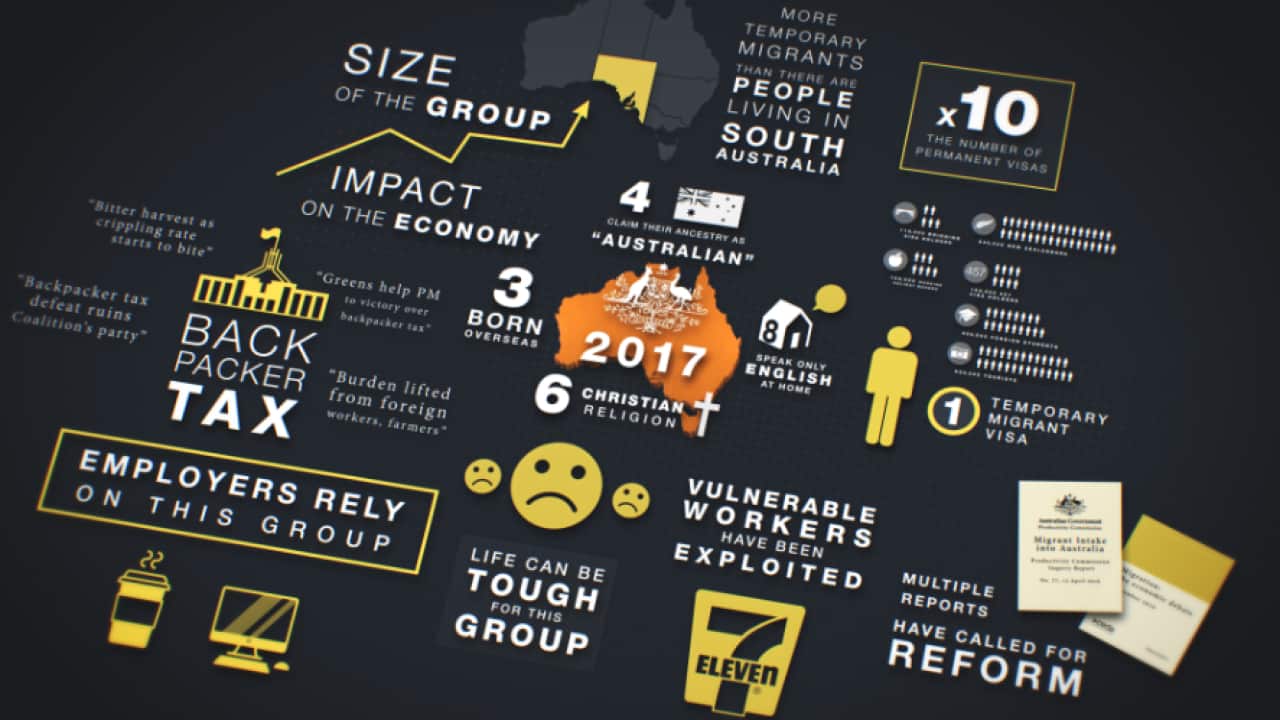 Introducing who temporary visitors are, and why they are worth keeping an eye on. Source: SBS

Bearing a population of 1.7 million, South Australia is the nation's fifth largest state, home to more people than Tasmania, ACT and the Northern Territory combined.

Yet this Australia Day, SA’s population will be eclipsed by visitors to Australia on temporary migrant visas - approximately two million in all.

As its size increases, this group of mostly tourists, workers, students and Kiwis is having a growing effect on how Australia operates. Not just through opportunities in servicing and harnessing the skills of the group, but also areas of policy headaches such as the exploitation of workers.

Advertisement
Political conflict continues over issues such as 457 visas, backpacker taxes and pathways to permanent residency, and 2016 reports from the Productivity Commission, the Committee for Economic Development and a Senate Committee each called for change.

Visitor caps, more restrictive skill requirements and greater oversight over pathways to permanent residency have all been suggested.

SBS explains just who temporary migrants are in this video, ahead of likely reform by Immigration Minister Peter Dutton in 2017.