Labor says the government is ignoring a clear majority of Australians who - according to a new poll - support stronger action on emissions reduction. 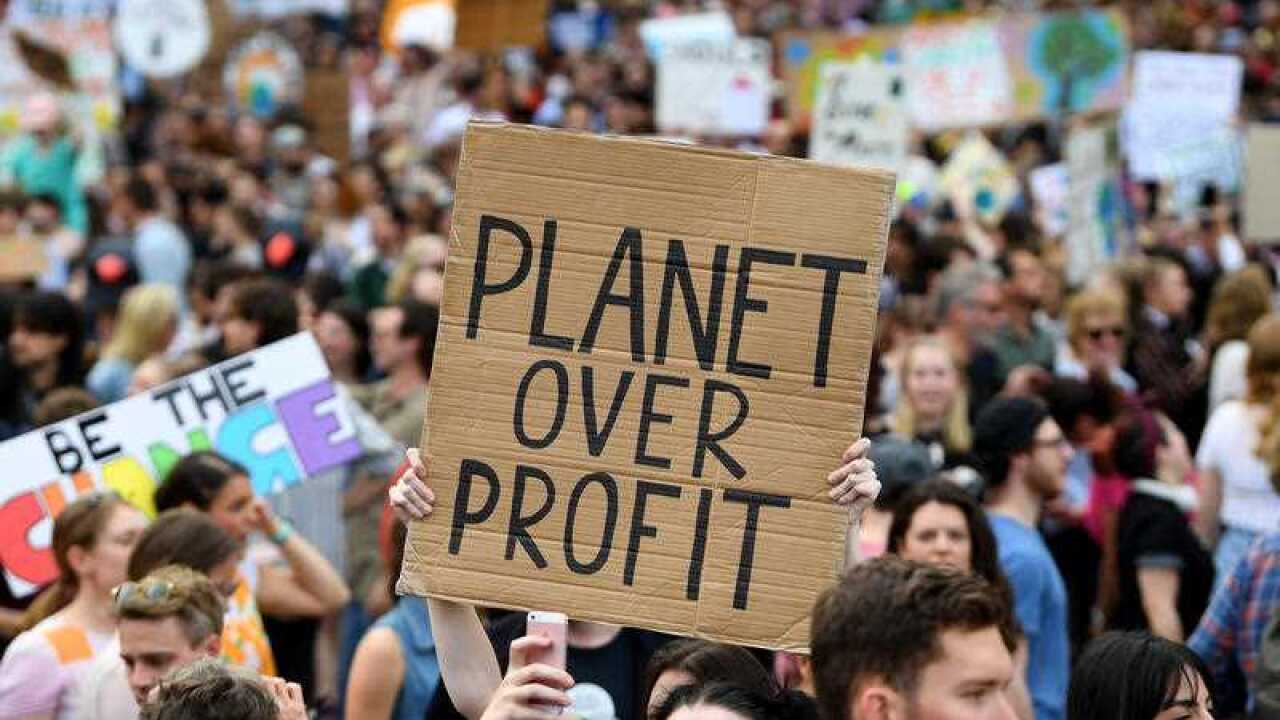 Almost 70 per cent of Australians want the government to adopt a target of net zero emissions by 2050, according to an Ipsos poll of 1,000 people that was released on Monday.

In an overnight speech to a side event at the G20 summit, Mr Morrison spruiked Australia’s commitment to meeting its goals under the Paris Climate Agreement.

"These can make massive inroads into reducing emissions, not just here in Australia, taking care of our commitments, but globally as well."

Federal Labor argues that target is not ambitious enough - and are pushing for the government to adopt a net zero emissions target by 2050, similar to many other developed nations.

“His government has now found itself completely isolated on the world stage. Over 70 per cent of our trading partners have a mid-century net zero emissions target,” he said.

“Every state and territory government, Labor and Liberal alike, have a target for net zero by 2050…Scott Morrison is standing in the way and Australians will be left paying the price."

Australia has faced international pressure over its intention to use Kyoto carryover credits in order to meet its commitments under the Paris agreement.

Mr Morrison said last week the government would only use “that carryover” to the extent it is required and his ambition is "we will not need them".

The Ipsos survey shows 69 per cent of respondents support a target of net zero emissions by 2050, with 54 per cent thinking Australia should transition to a carbon neutral economy as soon as possible.

Some 1,000 Australians were surveyed in January for the poll, with follow-up questions taking place last month.

Emissions Reduction Minister Angus Taylor did not respond to questions about the Ipsos poll.

A poll by the Australia Institute in October found 79 per cent of Australians agreed that climate change was occurring and that 82 per cent worried it would lead to worse bushfires.

She said it was also interesting to note that concern for climate change continued to grow, even when people were preoccupied with other issues such as the coronavirus pandemic.

“We feel the need to attend to the threats that are most pressing to us, but what this tells us is that although there is a shift in the prioritisation of climate change as an issue, there is a still a clear majority that see it as an issue and want to see more action taken."