Ukraine’s President Volodymyr Zelenskyy has called on “citizens of the world” to join the fight against Russia as their forces battle to counter Moscow’s advances. 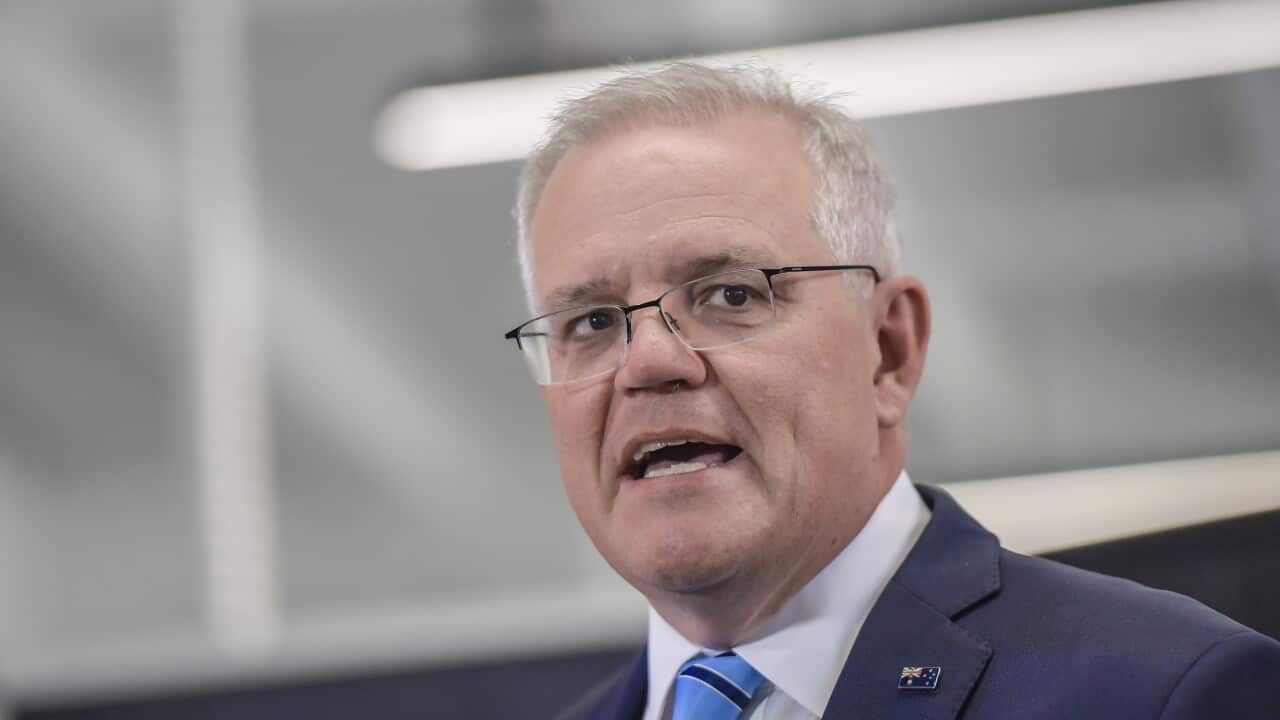 Prime Minister Scott Morrison has urged Australians against going to Ukraine to take up arms after a plea from the country’s president for support in the fight against Russia’s invasion.

“I would counsel against that purely for the safety of Australians that they would not travel to Ukraine,” Mr Morrison told reporters.

“I can understand absolutely the strong feelings and the motivations for people to go and do that.

Advertisement
"But I would say at this time the legality of such actions are uncertain under Australian law.”
Civilians in Ukraine have been joining the country's outgunned military as part of a desperate bid to stop Russia’s offensive.

Ukraine’s President Volodymyr Zelenskyy released a statement on Sunday calling for citizens of the world to join these efforts.

“Anyone who wants to join the defence of Ukraine, Europe and the world can come and fight side by side with the Ukrainians against the Russian war criminals.” he said.

Australia's travel advice to Ukraine is currently "do not travel" due to the safety risks connected with the ongoing military operation.

Under Australian law, people cannot engage in hostile activities overseas unless serving in the armed forces of a foreign country.
READ MORE
Vladimir Putin puts nuclear forces on alert as Ukraine agrees to talks with Russia
Foreign Minister Marise Payne said Australians who fought with non-government armed groups on either side of the conflict could be "committing a criminal offence".

"Frankly, I would strongly encourage them to observe the travel advice, which is do not travel," she said.

SBS News has been told Ukraine's embassy in Canberra has fielded up to 20 calls over the past 24 hours of people interested in joining the fight abroad.

The prime minister said the concerns would be further discussed at a meeting on Tuesday of the national security committee, consisting of key cabinet ministers.

Ukraine's health ministry said on Sunday that 352 civilians, including 14 children, had been killed since the beginning of Russia's invasion of Ukraine.

Australia has also changed its travel advice to Russia to due to the security environment and military conflict with Ukraine.

"I understand this is a very difficult situation," she told reporters.

"I understand many Australians families are experiencing the sort of conflict we've seen and that's very distressing.

"But I'd encourage people to follow the advice of government."

Britain's foreign secretary Liz Truss has expressed a different message about the prospect of Britons joining the military effort.

She replied “absolutely” during an interview with the BBC on Sunday when asked whether she would support people joining the fight against Russia.

“That is something people can make their own decisions about," she told BBC One’s Sunday Morning program.

"The people of Ukraine are fighting for freedom and democracy, not just for Ukraine, but for the whole of Europe.

“Absolutely, if people want to support that struggle, I would support them in doing that.”
READ MORE
'Glory to Ukraine': Hundreds of thousands across the world march against Russian invasion
Australia has announced a raft of sweeping sanctions in response to Russia's invasion, as well as committing to finance lethal and non-lethal military aid.

The government has so far committed to providing $4 million worth of medical supplies and non-lethal military equipment through NATO partners.

The national security committee on Tuesday will consider the allocation of funds as a part of the lethal aid support.

"The situation remains terribly concerning but I am pleased that we’ve seen an increasingly strengthened response from Western democracies," Mr Morrison said.