Scott Morrison corrected after slip up during Kangaroo Island tour

Scott Morrison toured South Australia's Kangaroo Island on Wednesday, but the public appearance was not without its difficult moments. 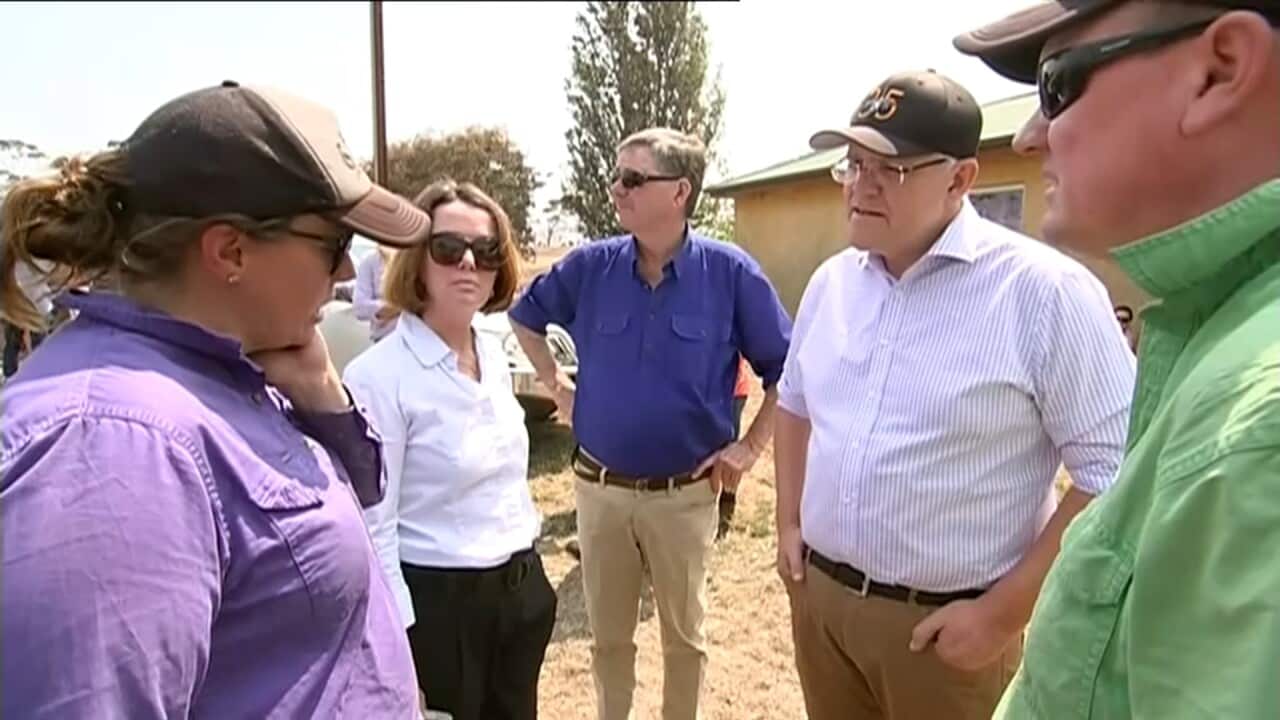 Prime Minister Scott Morrison has been corrected after saying it was lucky no one had lost their lives during devastating bushfires that ripped through South Australia's Kangaroo Island last week.

Mr Morrison was visiting the bushfire-ravaged island where
bush pilot Dick Lang and his son Clayton
, a leading plastic surgeon in South Australia, died when they tried to return to a family property.

Speaking to locals on Wednesday, Mr Morrison made the slip-up.

Advertisement
"Well, thankfully we've had no loss of life," he said.

When he was quickly corrected, he responded: "Yes two, that's quite right. I was thinking about firefighters firstly."

A spokesperson for the prime minister said they were discussing firefighting efforts at the time and he was referring to the fact that no firefighters had died on Kangaroo Island.

"He was aware of the two deaths and met with one of the relatives of those who were killed while on the island," the spokesperson said.

It is the latest awkward moment for the prime minister whose leadership during the bushfire crisis has been questioned on social media.

Last week, he was forced to cut short a visit to Cobargo in NSW after residents in the bushfire-hit community yelled abuse at him.

Mr Morrison was also seen grabbing the hand of a firefighter who declined to shake hands with him.

Mr Morrison used the visit to urge Australians with holiday bookings to give fire-affected tourism operators a break.

One-third of the island has been burnt but the rest of it remains open for business.

"If you've booked accommodation and you're now seeking a refund, can you cut them a break in terms of, at the very least, on the timing of when you might expect to see a refund," Mr Morrison said.

Mr Morrison spoke with Kangaroo Island residents affected by the fires before flagging mental health assistance as a priority in the relief effort.

Australian Defence Force psychologists have been deployed across the country to help victims in fire-ravaged areas.

Federal Emergency Management Minister David Littleproud and the head of the newly-established bushfire recovery agency, Andrew Colvin, are expected to visit Victorian fire-affected communities of Tumut and Sale on Thursday.

Mr Littleproud has indicated he'll announce a bushfire support package for small businesses, including interest-free loans of up to $500,000 that are repayment-free for two years.

Twenty-six people have been killed, millions of hectares have burned and thousands of homes destroyed this bushfire season.