Ukraine’s President Volodymyr Zelenskyy has accepted an invitation to address Australia’s parliament as he urges Western allies to deliver more support to their fight against Russia. 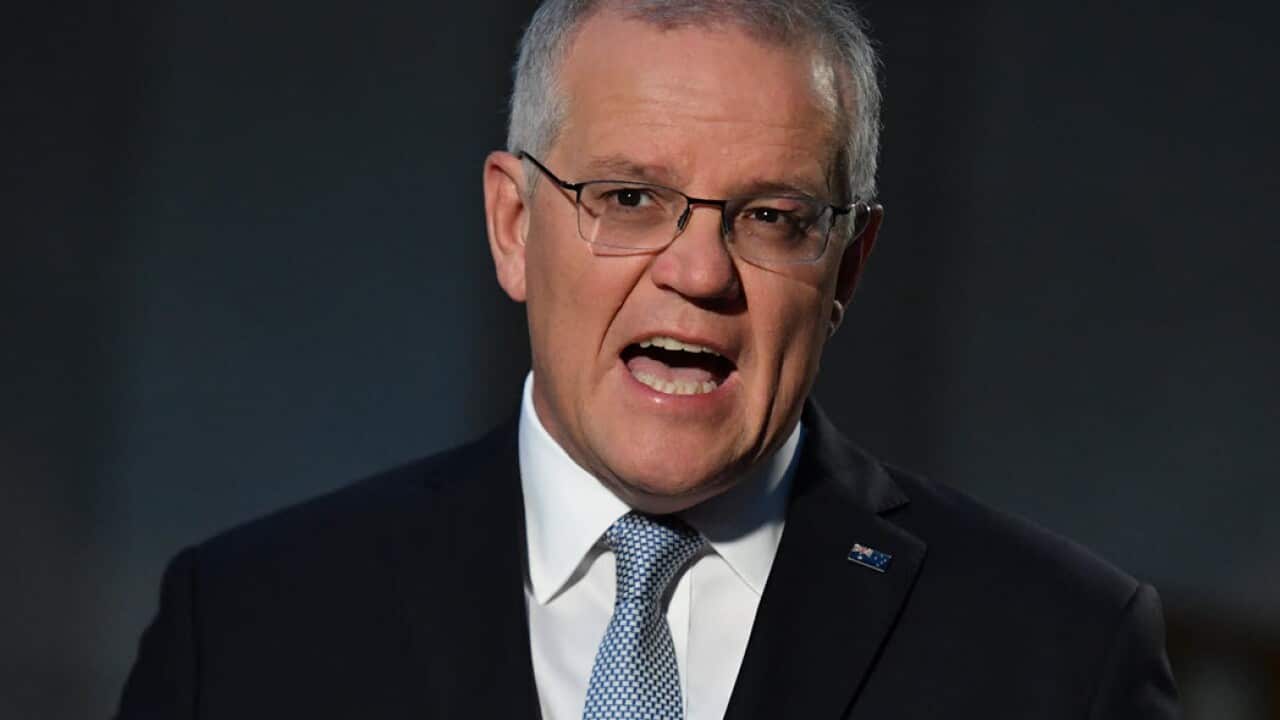 Prime Minister Scott Morrison says Australia is open to more requests for
help from Ukraine
as he confirmed President Volodymyr Zelenskyy will address the nation’s parliament on Thursday.

Mr Morrison said the
Ukrainian president had now accepted an invitation to address members of Australia’s parliament
via video link, scheduled at 5:30pm (AEDT) on Thursday.

“We will provide strong support to Ukraine as we have,” he told SBS News.

Advertisement
“I have no doubt that the Ukrainian president will make more requests and wherever Australia can practically help we have and we will and we will continue to stand with them.”
Since Russia’s invasion of Ukraine, the Morrison government has provided $156.5 million in humanitarian aid, military support and resettlement services.

The government has also committed to allocate a three-year Temporary Humanitarian Concern Visa (subclass 786) to Ukrainians across 2021-22 and 2022-23.
At least 5,000 mostly temporary visas
have been granted to Ukrainians since 23 February and around 750 Ukrainians in this cohort have now arrived in Australia.

“He’s [Zelenskyy] very appreciative of the support that has come from Australia,” Mr Morrison said.

Mr Zelenskyy's speech is understood to be subject to uncertainties of the conflict because of the threat of Russian forces bombing Kyiv and other Ukrainian cities.
READ MORE
Australians are opening their homes to Ukrainian refugees. This Sydney couple is among them
Questions have also been raised about the timing of the address, which will be delivered two hours before Opposition leader Anthony Albanese is slated to deliver his budget reply speech.

Mr Zelenskyy has made several major addresses to the United States, European Union and the United Kingdom to urge more international support against Russia’s invasion of Ukraine.

The Ukrainian president has leveraged his social media presence to gain significant attention to the plight of people in his country during Russia's invasion
.

Mr Zelenskyy last week told Italy’s parliament his people were clinging to survival, with the Russian military devastating Ukrainian cities and slaughtering civilians.
READ MORE
'A step too far': Scott Morrison says Vladimir Putin should be barred from attending G20 summit
He has also called for the imposition of a no-fly zone over Ukraine and asked allies for aircraft and defensive systems to respond to the invasion launched by Russian last month.

Russia has indicated it intends to reduce military activity on a northern front near Ukraine's capital Kyiv to create conditions for a possible agreement.

But US Secretary of State Antony Blinken has said Washington has not seen "signs of real seriousness" from Russia in pursuing peace since its invasion.
SHARE
3 min read
Published 30 March 2022 at 11:45am
By Anna Henderson, Tom Stayner
Source: SBS News