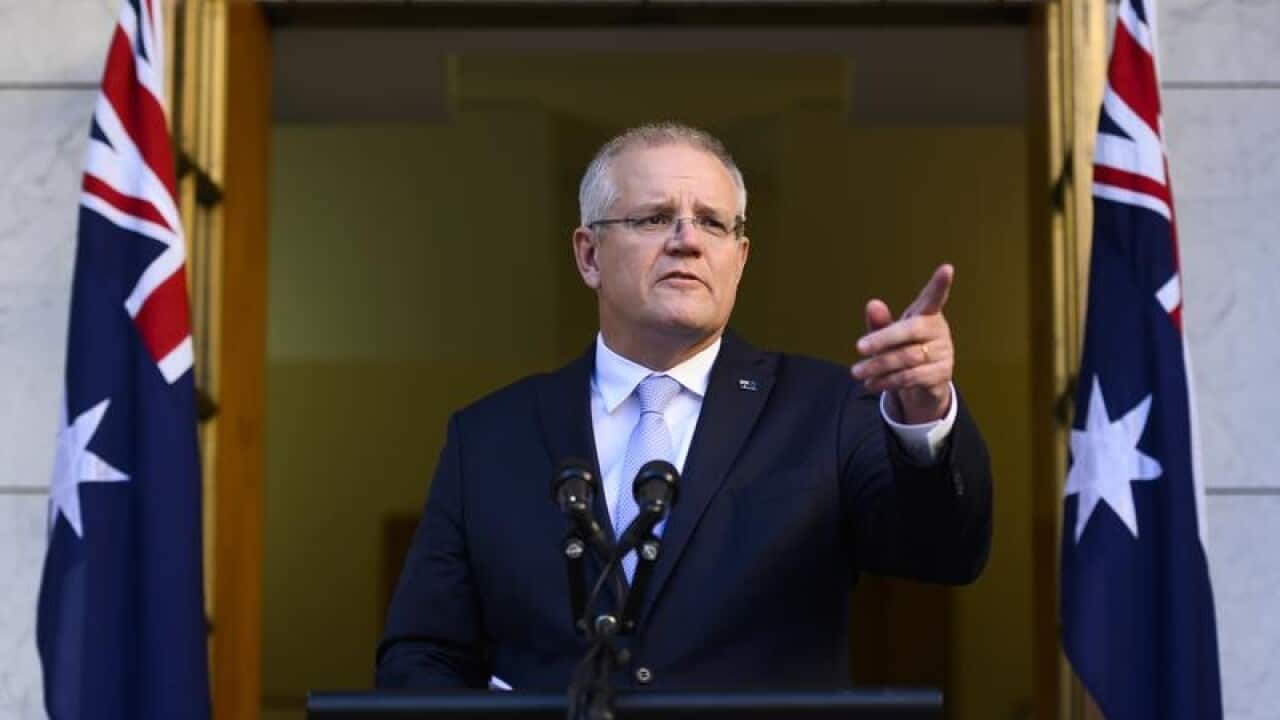 Scott Morrison has placed "high expectations" on his new ministry and cabinet as he put his own stamp on the government's leadership team after his surprise election win.

He also wants to make it easier for Australians to deal with and access government services.

"I have high expectations of my ministry and clear goals for each of their roles," Mr Morrison told reporters in Canberra on Sunday.

Advertisement
"This will include congestion-busting on regulatory and bureaucratic roadblocks, making better use of technology and better-integrating service delivery across portfolios."

As expected, former environment minister Melissa Price - who had been unable to comfortably answer media questions about her portfolio - has been demoted from the cabinet and will now be Defence Industry Minister.

"Melissa and I discussed her role. She asked to be given a new challenge and I was pleased to give her one," Mr Morrison told reporters in Canberra on Sunday.

It is a return to the cabinet for Ms Ley, who in 2017 was forced to stand down as health minister after revelations she purchased a Gold Coast apartment while on a work trip.

Having the same person in charge of emissions and energy is dangerous, Australian Conservation Foundation CEO Kelly O'Shanassy said.

"Having the same minister in charge (of both portfolios), and for a minister tin this day and age to be speaking about new coal plants in this country, is highly irresponsible and actually incredibly dangerous," she said.

The prime minister also named Ken Wyatt as the first indigenous Australian to be Indigenous Affairs Minister in a historic move.

Mr Robert was assistant treasurer but has been promoted to cabinet as Government Services Minister and will oversee the National Disability Insurance Scheme.

He will also have responsibility for Service Australia, a new agency to make it easier for citizens to use government services.

Mr Robert quit Malcolm Turnbull's cabinet in 2016 after it was revealed he misrepresented a private trip to China to support a Liberal party donor as official government business.

In 2017 it was revealed his parents didn't know they were directors of Mr Robert's IT company, which had won millions of dollars of government work. A year later, Mr Robert paid back nearly $38,000 to taxpayers after it emerged he was charging them almost $2,000 a month for his home internet bill.

Labor's Richard Marles said the appointment of Mr Robert, a key backer of Mr Morrison in last year’s leadership spill, proves the coalition has not adequately replaced its retired ministers.

"What we are left with is the talentless rump of the Liberal party," he told reporters on Sunday. "If you are in any doubt as to the exodus of talent from the Liberal party, the fact that Stuart Robert has been given cabinet responsibility for anything, says everything."

Mr Hawke will be International Development Minister and assistant Defence Minister, in a bid to build stronger defence and economic ties with the Pacific.

Former assistant treasurer Michael Sukkar, who quit his job in a bid to get Peter Dutton into the Lodge, has been put back in the role to oversee the first home loan deposit scheme.

Nationals MP David Littleproud has been given water resources, natural disasters, and emergency management, while Bridget McKenzie will become Australia's first ever female Agriculture Minister. Both will be in the cabinet.

The peak body for representing and supporting providers of age services, Leading Age Services Australia, has welcomed the 61-year-old's appointment, as has the peak body for young people, Youth Action.

Youth Action's Manager of Policy and Advocacy Jacqui Mackenzie said the group is not overly concerned about Senator Colbeck's age or other portfolios.

"Fortunately, age isn’t a requisite for being a good politician. What is important is that the minister is going to listen and act on the needs of young people," she said.

Paul Fletcher will take over as Communications Minister, and he said his priority was to complete the NBN rollout.

Linda Reynolds will be Defence Minister, Peter Dutton will remain in Home Affairs and Dan Tehan will stay in Education.

Michaelia Cash will get Employment and Skills, but Attorney-General Christian Porter will take over her responsibility for Industrial Relations.

"The cabinet is the right mix of stability and progress," Australian Chamber of Commerce and Industry CEO James Pearson said.

"It has got some experienced hands in key portfolios and its bringing in new progress. This is a cabinet lead by a man who understands the central importance of business to Australia's economic wellbeing.”