Scott Morrison has called US president-elect Joe Biden to congratulate him on winning the election and says he is looking forward to working closely together on "the world's many challenges". 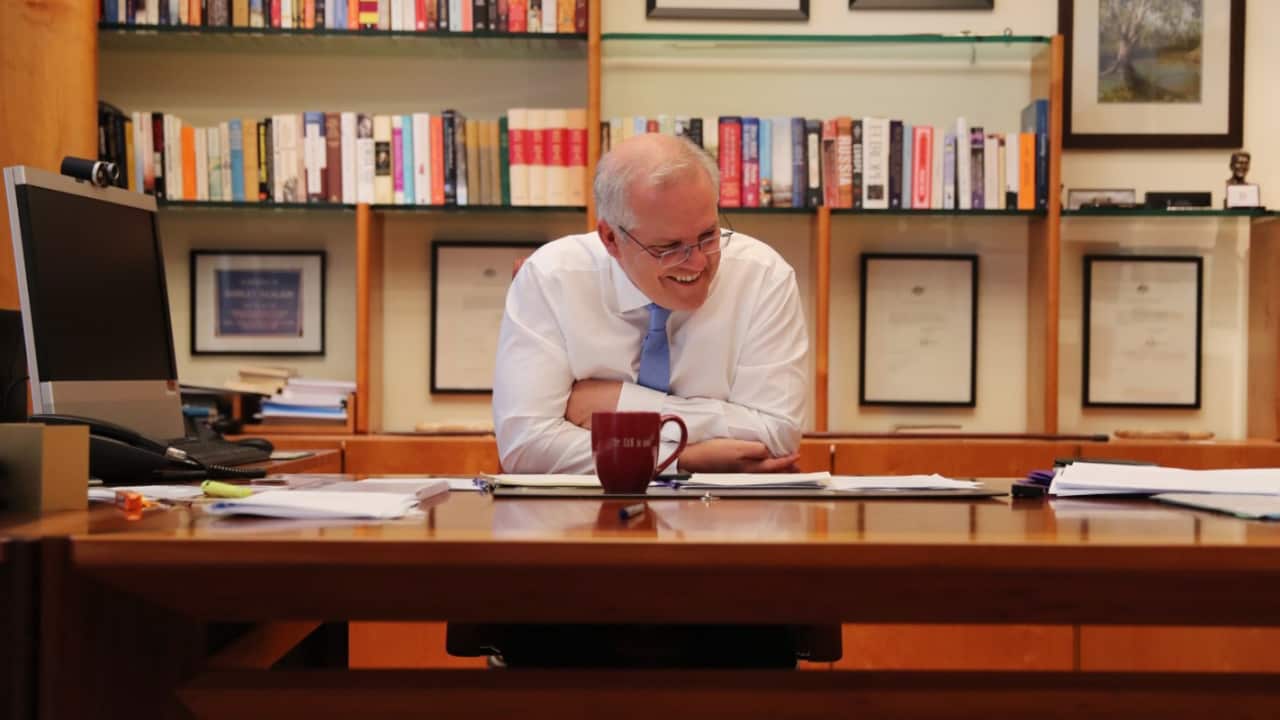 Prime Minister Scott Morrison has spoken to Joe Biden and congratulated him on winning the United States presidential election.

Mr Morrison called the president-elect from Canberra on Thursday morning.

"There are no greater friends and no greater allies than Australia and the US," he said after the telephone conversation.

Advertisement
"I look forward to strengthening even further our deep and enduring alliance, and to working with him closely as we face the world's many challenges together.

"We look forward to celebrating the 70th anniversary of ANZUS (the Australia, New Zealand, United States Security Treaty) next year."

Speaking about the call at a press conference later on Thursday, Mr Morrison said the president-elect was "very interested in Australia's success here and what Australia could contribute from our lessons ... the way we have managed the COVID-19 pandemic, and the economic dimensions of that as well".

When asked whether Mr Biden mentioned reaching net zero emissions by 2050, Mr Morrison said: "we did not discuss that".

“But I raised with the president-elect the similarity between the president-elect's comments and policies regarding emissions reductions technologies, that we needed to achieve that, and we look forward to working on those issues,” he said.

According to a statement from Mr Biden, shared online by journalists in the US, the call included discussion on "confronting climate change".

"The president-elect said the he looks forward to working closely with Prime Minister Morrison on many common challenges, including containing the COVID-19 pandemic and guarding against future global health threat, confronting climate change; laying the groundwork for the global economic recovery, strengthening democracy, and maintaining a secure and prosperous Indo-Pacific region," the statement said.

Mr Morrison has been urged to match Mr Biden's commitment to reach net zero emissions by 2050 but says the US won't sway Australia on its climate change policies.

“Australia will always set its policies based on Australia's national interests and the contributions that we're making in these areas,” Mr Morrison said on Tuesday.

Mr Biden is due to be inaugurated on 20 January, but President Donald Trump is still refusing to concede defeat after continuing with baseless claims of voter fraud.

After Mr Biden declared victory on Sunday, Mr Morrison congratulated him and said the relationship between Australia and the US was bigger than any individual.

"Australia has enjoyed a strong working relationship with the current administration, one that has seen the strength of our alliance continue to grow and deepen," he  said.

"We will continue to work closely with President Trump and his administration in the transition period between now and 20 January."