It comes comes as Victoria enters its fifth COVID-19 lockdown, while residents in NSW face at least another fortnight of stay-at-home measures. 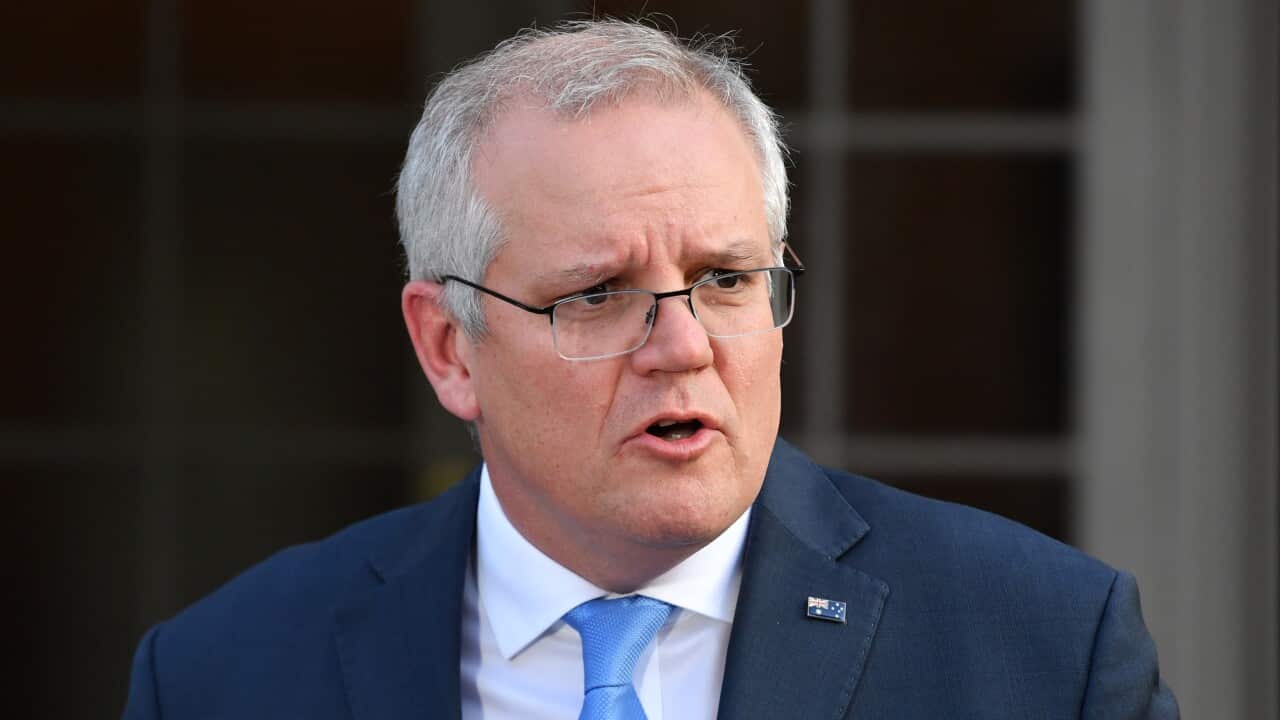 Scott Morrison will propose a more "streamlined" set of financial supports for states and territories affected by COVID-19 lockdowns when national cabinet meets on Friday.

The prime minister is now facing a push to enable support payments to flow through to people hit by lockdowns regardless of their length.

As Victoria prepared for a five-day statewide lockdown, Mr Morrison outlined a proposal that would see Commonwealth payments be made available to people from the second week of a lockdown.

Advertisement
"As we're learning with the Delta strain, it's highly infectious and it's important we understand if these things become necessary, then Australians and Australian businesses have the confidence about what the arrangements will be," he told reporters in Sydney on Thursday afternoon.

Under the proposal, support payments of either $375 or $600 a week - depending on work hours lost - would start from the second week of a lockdown but be paid in arrears, and the liquid assets test would be immediately waived.

Similar to what has already been announced for NSW, eligible businesses would also be able to access weekly payments of between $1,500 and $10,000. They must show a 30 per cent fall in turnover and agree not to cut staff, while sole traders would be able to access $1,000 a week.

However, Victorian Premier Daniel Andrews said he wants the support to be paid on a pro-rata basis, rather than having to add two more days to his state's lockdown in order to qualify for the Commonwealth money.

"I want everybody to get a fair deal," Premier Andrews told reporters in Melbourne on Thursday
as he announced the state would be entering a five-day lockdown.

"We are part of this nation and it's needs-based - it's not foreign aid, we are not a different country."

Victoria's snap lockdown will commence from midnight on Thursday in a bid to stop the spread of the Delta COVID-19 variant linked to the Sydney outbreak.

The state recorded two new cases of COVID-19 linked to the Melbourne Cricket Ground on Thursday.

The latest cases are in addition to the ten local cases in the 24 hours to Thursday morning, all of which were previously reported.

Mr Morrison earlier said he'd had discussions with the Victorian premier about the state's unfolding situation "to consider potential arrangements should there be any changes in Victoria”.

The prime minister also announced a series of changes to the Medicare telehealth system and childcare for residents of Greater Sydney.

He said the temporary Medicare telehealth system will be reinstalled to ensure people in Sydney COVID-19 hotspots have access to longer medical appointments.

"The entire Greater Sydney area will have access to longer phone consultations, that's 20 minutes or over, that require doctors to spend more time with patients," he told reporters on Thursday afternoon.

As the number of delivered vaccine doses rose to 9.63 million, Mr Morrison said Australia's overall level of the Pfizer vaccine is increasing.

"The overall level of supply is increasing now and ultimately the NSW government will determine where they're sending those in the allocation they're receiving," he said. "But equally we'll be ensuring we're getting them out in the GP network."

Australia is currently running "about two months behind where we hoped to have been" on vaccinations, Mr Morrison said, due to "the medical advice that was given around AstraZeneca".

He said he hopes that, by the end of the year, everyone who wants to get vaccinated will be able to.

Mr Morrison said he will move from Sydney to Canberra next week.

"I intend to be able to relocate to Canberra, myself that is, next week, in preparation for the parliamentary sittings that will take place in August," he said.

New South Wales reported 65 new local coronavirus cases with 28 people out and about in the community while infectious.

Ms Berejiklian said she expected higher case numbers on Friday given the number of people still infectious in the community.