The Prime Minister had previously resisted calls to apologise but now says he is sorry for delays experienced by the vaccine rollout. 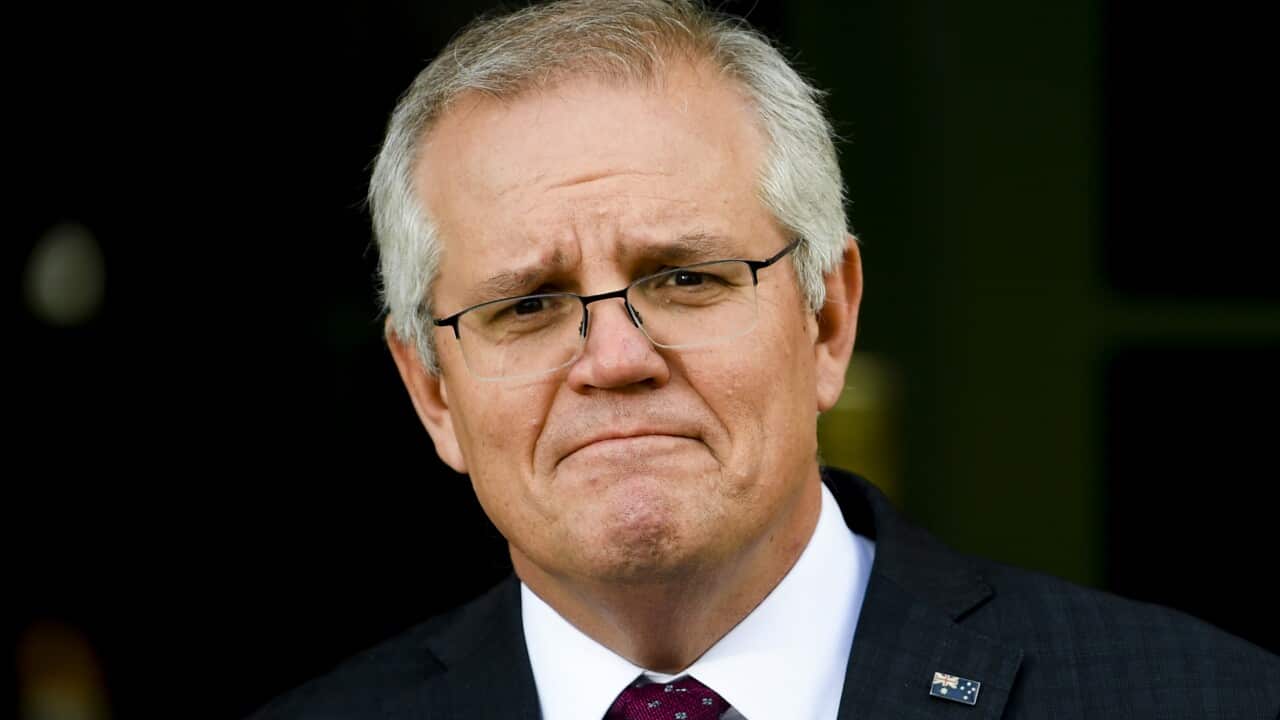 Prime Minister Scott Morrison has said he is sorry for delays in the COVID-19 vaccine program and announced more pharmacies will be brought into rollout sooner.

Mr Morrison had previously said he takes responsibility for the challenges faced by the vaccine program but stopped short of issuing an apology.

"I'm sorry that we haven't been able to achieve the marks that we had hoped for at the beginning of this year, of course I am," he told reporters on Thursday afternoon.

Advertisement
"But what's more important is that we're totally focused on ensuring that we've been turning this around."

Mr Morrison repeatedly declined on Wednesday to say sorry for Australia's rollout, which is lagging behind most of the developed world.

He was asked on Thursday about his previous reluctance to apologise.

A record 184,000 doses were administered across Australia in the 24 hours to Thursday.

Almost 15 per cent of the population aged over 16 is now fully vaccinated.

The government has been forced to step away from multiple targets it set for the vaccine program because of delays in supply and changes in medical advice around the AstraZeneca vaccine.

"Yesterday we know he channeled Elton John - 'Sorry seems to be the hardest word' - a word that he couldn't say," he told reporters.

Mr Morrison on Thursday also revealed there would be a bringing forward of the use of pharmacies to help accelerate the rollout of AstraZeneca vaccines.

He said the number of pharmacies administering vaccines would increase from 118 to 470 by the end of the month.

Pharmacies have so far been used mostly in regional areas with a shortage of GPs.

"Bringing in the pharmacists earlier than we'd planned ... means that we can get more horsepower behind the AstraZeneca vaccines," Mr Morrison said.

He also added there had been 1,262 suitable pharmacies from regional, rural and remote areas identified for use in the program and a further 2,668 in metropolitan areas down the track.

From next week, all pharmacies across the country will be eligible to request participation in the program.

Almost 40,000 people under 40 have received the AstraZeneca jab since Mr Morrison encouraged people to talk with a doctor about taking it last month.

Pharmacists will be offered the same legal protections as GPs who give patients the AstraZeneca shot.