The Prime Minister is urging parents to ignore George Christensen's 'dangerous messages' on the COVID-19 vaccine for children. 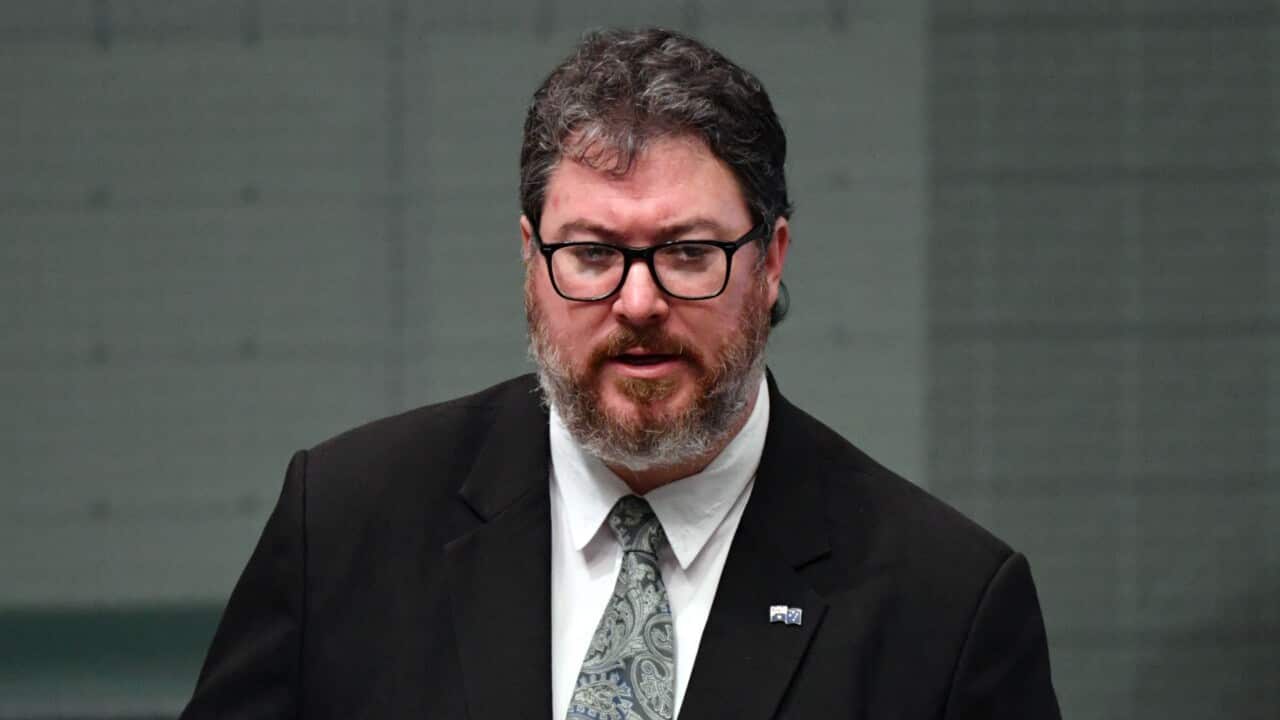 Prime Minister Scott Morrison has joined a chorus of criticism against outgoing MP George Christensen, calling on parents to ignore his "dangerous messages" about COVID-19 vaccines for children.

The Nationals MP posted a podcast titled "Do NOT Vax Your Children" which carried an interview with outspoken vaccine sceptic, Dr Robert Malone, who has previously been banned from Twitter for violating the platform’s COVID-19 misinformation policy.

Mr Morrison instead urged parents to listen to the "world’s best medical regulators" in a statement late on Tuesday.

Following pressure from Labor for Mr Morrison to take action, Mr Christensen announced on Wednesday night that he would be stepping down from his role as chairman of the joint committee for investment and trade.

"In breaking news that’s of no interest to anyone but the Canberra Bubble," he wrote on Facebook.

"When I return to Parliament House on Monday 7 February, I will be advising the Speaker that I intend to stand down as the chairman of the Joint Standing Committee on Trade and Investment Growth, a decision of my own making and not a demand or request from any third party.

"Until then, I will continue in the role, prosecuting the need for the recommendations of the committee’s report on the Prudential Regulation of Investment in Australia's Export Industries to be adopted by the Australian Government."

Earlier, Mr Morrison said he would talk to Deputy Prime Minister Barnaby Joyce about Mr Christensen's position on the committee.

The Prime Minister told reporters in Canberra: "Australia is a free country, you can't go around locking people up for what they say as Australians."

He added: "Don't listen to George Christensen. He is not a doctor, he can't tell you what to do with vaccines, I listen to Professor Paul Kelly.

"Their advice is children should be vaccinated. And so, I would strongly encourage people not to follow that [George Christensen's] advice.

"Australia is a free country, you can't go around locking people up for what they say as Australians. I'm sure the media wouldn't be suggesting we are doing that. He is allowed to speak his mind but Australians shouldn't be listening to him."

Asked whether Mr Christensen should be kicked out the party room, Mr Morrison said: "I think the more important thing to do is simply to say his views are not the Government's views, they have in no way whatsoever influenced Government policy at all.

"The greater attention people give to his views ... then I can only encourage those to simply ignore him."

Others to have gone against the Queensland MP's call include Federal Health Minister Greg Hunt, who said he would "flatly, plainly disagree with anyone who said that" while Chief Health Officer Paul Kelly added: "Listen to the experts."

And deputy leader of the Nationals David Littleproud tweeted: "George Christensen’s comments are irresponsible and inappropriate. The only advice parents should take on vaccinating their children is from a doctor."

'Pull their heads in'

Mr Morrison was criticised by Labor for not applying a hard-line stance against Mr Christensen, suggesting his Government was tougher on tennis star Novak Djokovic.

Immigration Minister Alex Hawke cancelled Djokovic's visa, saying said it was in the public interest to do so because
the Serbian tennis star was a "talisman of anti-vaccination sentiment" and that his presence in Australia might incite "civil unrest"
.

Shadow Home Affairs Minister Kristina Keneally tweeted: "Mr Morrison cannot pretend that he is a wolf, tough on Novak Djokovic & his anti-vaxx stance, but a lamb in front of his own party room unwilling to tell people like George Christensen, Senators Antic, Rennick and Canavan pull their heads in."

Mark Butler, Shadow Minister for Health, told ABC Breakfast: "We all wonder what exactly these people might have to do to prompt some action from the Prime Minister.

"This is just the latest in a series of statements and courses of conduct by, not just George Christensen but Alex Antic, Senator Rennick and others, that are deeply divisive and very, very dangerous at a critical time in our fight against COVID."

What has Mr Christensen said before about the pandemic?

It is not the first time that Mr Christensen has raised the ire of Government colleagues over his stance on lockdowns and vaccines during the pandemic.

Mr Christensen has previously attended anti-lockdown rallies in his electorate and, last August, claimed in parliament that lockdowns and face masks do not work.

Then, Mr Morrison - without naming the member for Dawson by name - said the government did not support "misinformation in any shape or form".

In December,
Mr Christensen was urged to go "quietly" into retirement
after an interview with American broadcaster Alex Jones, where he laughed at and did not challenge the host's comments comparing Australia’s quarantine facilities to the Nazi death camp Auschwitz.

Mr Morrison described the comments as “absolutely appalling” when asked about whether Mr Christensen should be reprimanded over the appearance.

Mr Joyce has previously said he would not start "ordering people around", telling the ABC in August: "You might disagree with their views, and I disagree with some of George’s.

"I know how George’s mind works. If you start prodding the bear, you’re gonna make the situation worse for us as a government, not better."