In a Muslim area where just 2 per cent of the population use contraception - going halal may be the only way to increase its use. 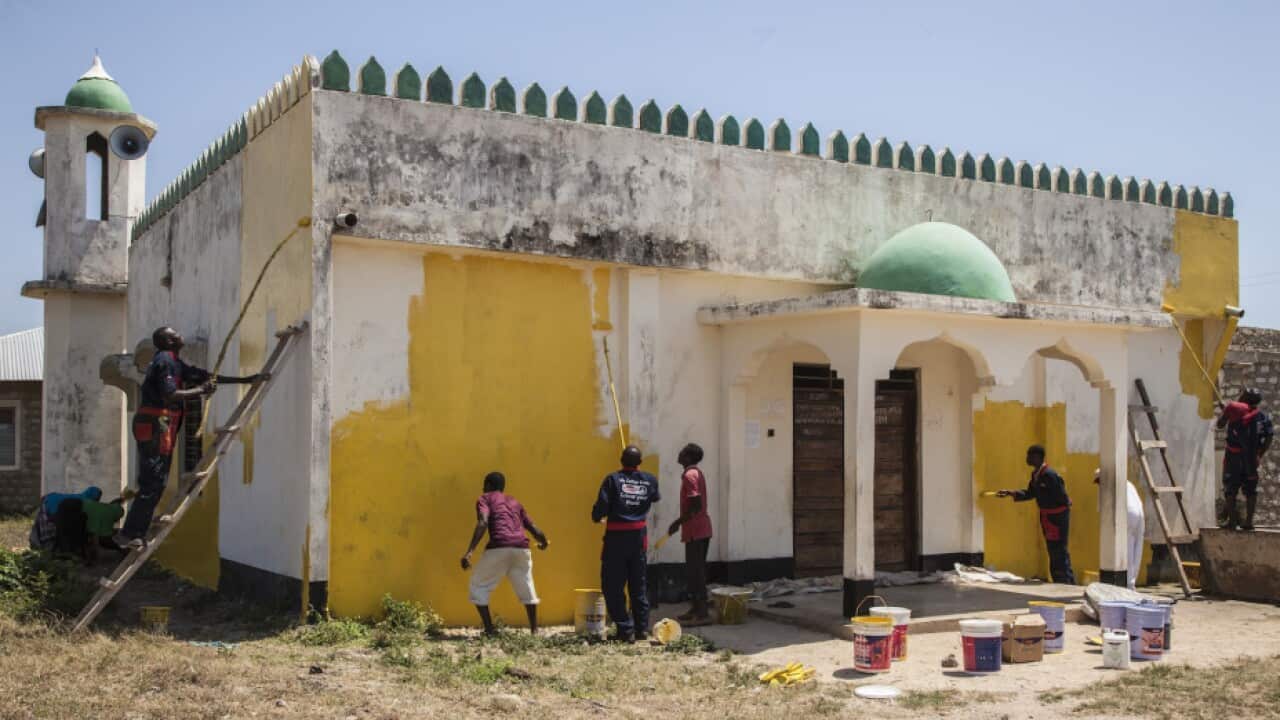 A Mosque in Kenya. Source: AAP

Swaddled in colourful hijabs the women exchange puzzled looks and suppress embarrassed giggles. "You're sure it's halal?" asks one, peering at a collection of birth control pills, condoms and IUDs.

Such everyday forms of contraception are little known and rarely seen in Kenya's arid and neglected northeast, an overwhelmingly poor, conservative and Muslim part of the country where most people are pastoralist ethnic Somalis.

A study of early marriage by the charity Save the Children found that just two percent of the population of Wajir county uses contraception -- compared with a national Kenyan average of 58 percent -- due to modern contraceptive methods being seen as a breach of Islamic principles.

Advertisement
But Deka Ibrahim, a female Islamic teacher, explains that contraception is halal, permissible, as she talks to a group of 40 newly-weds and mothers sitting on the dusty concrete floor of a dark room that is the village's tiny maternity centre.

One woman feeds her child while others absentmindedly fidget with the long sleeves of their austere outfits, revealing intricately painted henna tattoos and fake diamond bracelets.

"The Muslim religion allows the use of these methods in certain circumstances, especially if the health of the baby and mother are at the heart of the thought process," says Ibrahim.

She adds however that according to this interpretation of Islam there are conditions for using contraceptives: they must be temporary, spousal approval is required, and, she reminds them, abortion is illegal in Islam as well as in Kenyan law.

As a government nurse goes on to explain how to use the different devices, Halima, 16, the mother of a nine-month-old girl listens intently.

"I want to have more children, but not now. I want to wait until my child has grown up a bit and I'm sure she is healthy," Halima says.

Here, maternity and tradition are issues that burn as hot as the sun beating down on the sandy soil and dry thorn bushes outside, issues that sideline women and can endanger their lives and those of their children.

More than four in 10 women in northeast Kenya are married before their 18th birthday, their youth leading to increased problems in pregnancy, labour and birth.

Making the situation worse is that most deliveries are home births, unsanitary and without qualified midwives.

On top of that, the average woman has eight children, a large brood -- like a herd of livestock -- seen as a symbol of wealth in Somali culture.

"When an adolescent girl becomes pregnant or there is not enough space between pregnancies, the risk of complications is high," says Sulekha Mohamed of Save the Children, adding that 98 percent of women in northeast Kenya are circumcised, heaping further risk on giving birth.

"If you are pregnant four months after giving birth, your body has not had time to recover," she says.

Religion to the rescue

A 2014 demographic study showed perinatal deaths in Kenya's northeast were more than 50 percent higher than the national average. Since then religious leaders have been co-opted into battling the statistics.

"Historically, in our culture, men take many wives and women have many children, so ​family planning is seen as a foreign idea, a colonial Western idea to limit the population," says Mursal Abdiwahab, the khadi of Wajir in charge of the Muslim family court, who ruled that contraception is halal.

"Our role as religious leaders and learned people is to explain what Islam allows or not."

The message seems to be getting through. In the first three months of this year, 3,177 women joined the family planning programme, a major increase from the 1,382 participants in the same period the year before.

Safiya, a 28-year-old mother of four, says she wants "more children, because that is what my religion dictates," but after learning that contraception is permitted in Islam she is now spacing out her pregnancies.

"Before, I was very sick, very bad in the first months of pregnancy, but this is no longer the case."

Back at the maternity clinic, Fatuma, 25, lies on a bed. After several weeks of reflection, and with her husband's blessing, she readies herself for the insertion of a contraceptive device.

"Since my religion accepts family planning, I'll use it for the good of my health," she says, and with that the nurse slides a blue curtain in front of the bed.

She turns to the male journalist with a benevolent smile saying, "This, it stays among the women."