It appears US President Donald Trump has belittled an impassioned, emotionally-charged speech made by Swedish teen climate activist Greta Thunberg at the UN. 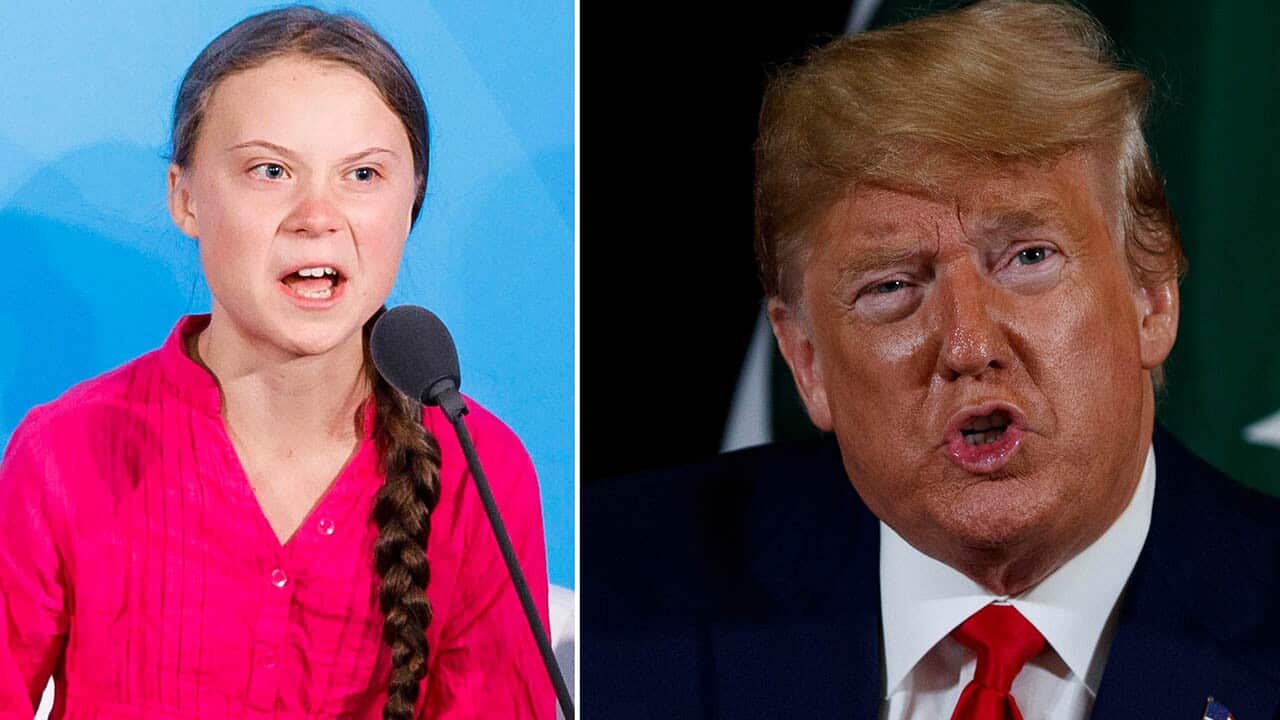 It appears US President Donald Trump has mocked Swedish teen activist
Greta Thunberg who gave an impassioned speech at the United Nations
in New York, urging world leaders to do more to combat climate change.

The 16-year-old activist scolded the audience at the UN Climate Action Summit on Monday, repeatedly asking, "How dare you?"

Advertisement
"We are in the beginning of a mass extinction and yet all you can talk about is money. You are failing us," Ms Thunberg said.

In a tweet late on Monday, Mr Trump said of Ms Thunberg, "She seems like a very happy young girl looking forward to a bright and wonderful future. So nice to see!"

Mr Trump had spent only a few minutes at the climate summit, a centrepiece of this year's UN General Assembly schedule.

Mr Trump instead chose to focus on religious persecution, an issue that resonates with his evangelical supporters.

He arrived in New York against a backdrop of swirling international tensions, including questions about his relationship with Ukraine, the uncertain future of Brexit, the US trade war with China, stalled nuclear negotiations with North Korea and a weakening global economy.

He will speak before the UN General Assembly on Tuesday, with his administration's desire for a collective response to escalating aggression by Iran high on the agenda.

But his trolling of the teen activist - who has Asperger's syndrome, a mild form of autism - racked up more than 16,000 responses in three hours, many of them attacking the US president.

"DonaldTrump picking on an innocent young girl is absolutely disgusting!!" wrote one user.

Ms Thunberg and the president were briefly in the same small room as they arrived for the summit, with a video showing the teen glowering at the president as he passed by with his entourage.