Thomas Sewell, a confessed white supremacist and leader of the right-wing European Australian Movement, has been denied bail by a Victorian court. 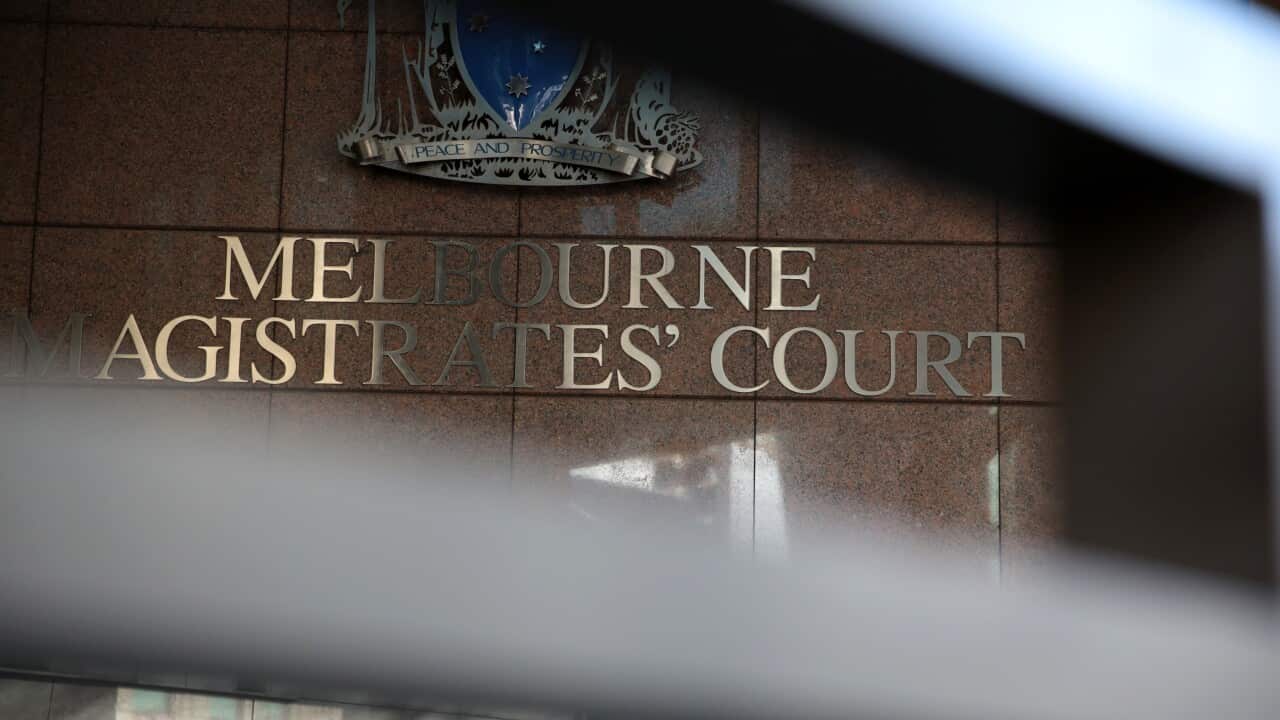 A general scene of the Melbourne Magistrates Court in Melbourne, Australia, in 2018. Source: AAP

A self-confessed white supremacist and "soldier for the white race" is a serious concern for Victoria Police, who fear he is indoctrinating people into a neo-Nazi subculture.

Thomas Sewell, 28, is the leader of a right-wing organisation called the European Australian Movement and is heavily involved in the right-wing National Socialist Movement.

Sewell is behind bars, facing serious charges including armed robbery and assault against a group of hikers in a Victorian state park, and an attack on a Channel Nine security guard.

Advertisement
He applied for bail in Melbourne Magistrates Court on Wednesday but was refused.

Victoria Police counter terrorism detective Michael Taylor told the court that Sewell had "remarkable grandiosity of himself and the white race" and is unwavering in his belief that white people are being eradicated.

He allegedly told a right wing podcast that "I am a political soldier for the white race and Adolph Hitler is my leader", he said.

Sewell will remain in custody on serious charges including armed robbery over a violent incident involving knives in Victoria's Cathedral Ranges state park, northeast of Melbourne, on 21 May this year.

It's alleged Sewell and a group of EAM and NSM members were hiking in the park when another group of hikers noticed "Australia for the white man" stickers had been stuck along the trail.

The hikers speculated the group was "probably the Nazis" who had featured in news reports about groups camping in the Grampians over Australia Day.

One of the hikers briefly filmed the group in the car park before noticing one of the group running toward them yelling "Antifa" - a reference to a left-wing organisation.

None of the six hikers have any ties to any left-wing organisations including Antifa.

It's alleged Sewell smashed a passenger window of one of the hikers' cars while another person smashed the driver's side window. DNA matched a sample from Sewell.

The court heard that knives, wielded by people wearing balaclavas, were thrust through the driver's window of the car.

Several of the other hikers were allegedly stopped and told "we're not attacking you, we just need you to stay put".

The groups were eventually allowed to drive away. Detective Senior Constable Taylor said two of the alleged victims were "too petrified of persecution" to do so.

Sewell was on bail at the time after being charged for allegedly punching a security guard's head six times outside Channel Nine headquarters in Melbourne in March.

It's alleged Sewell had gone to the office to speak to senior executives about an A Current Affair segment due to air in March about homegrown neo-Nazi groups holding camps in regional Victoria, and which heavily featured Sewell.

Det Sen Const Taylor said police found hunting knives and an axe in Sewell's bedroom and knuckledusters in his car, and have concerns that he is becoming increasingly erratic, volatile and violent.

Sewell's lawyer Kieran Reynolds said the case against his client wasn't as strong as police made out and offered a range of bail conditions including that he live with his father.

Tony Sewell said he absolutely did not share his son's political beliefs and that they did not talk about them.

Mr Reynolds said the case would likely go to trial, which could be up to two years away.