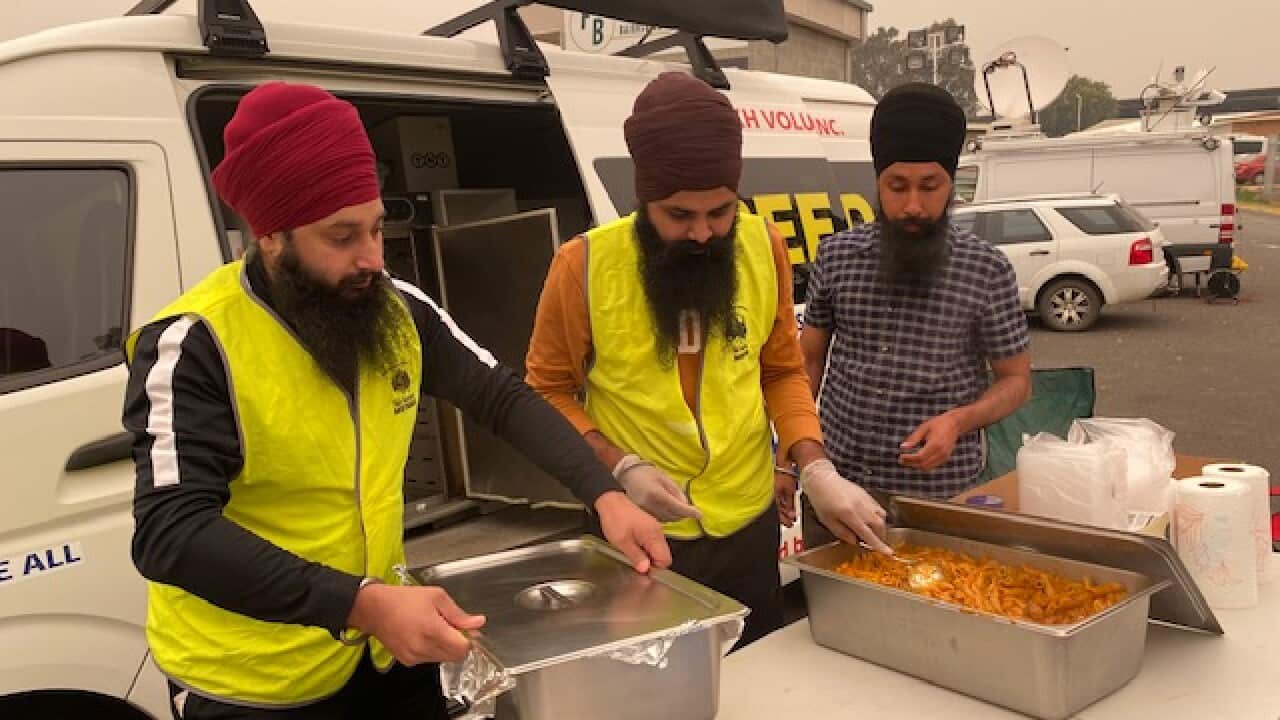 Member of the group in Bairnsdale. Source: SBS News

The group has been giving out free food for five days. Source: SBS News

Two people are dead and
28 are missing
as massive bushfires continue to tear through Victoria's east.