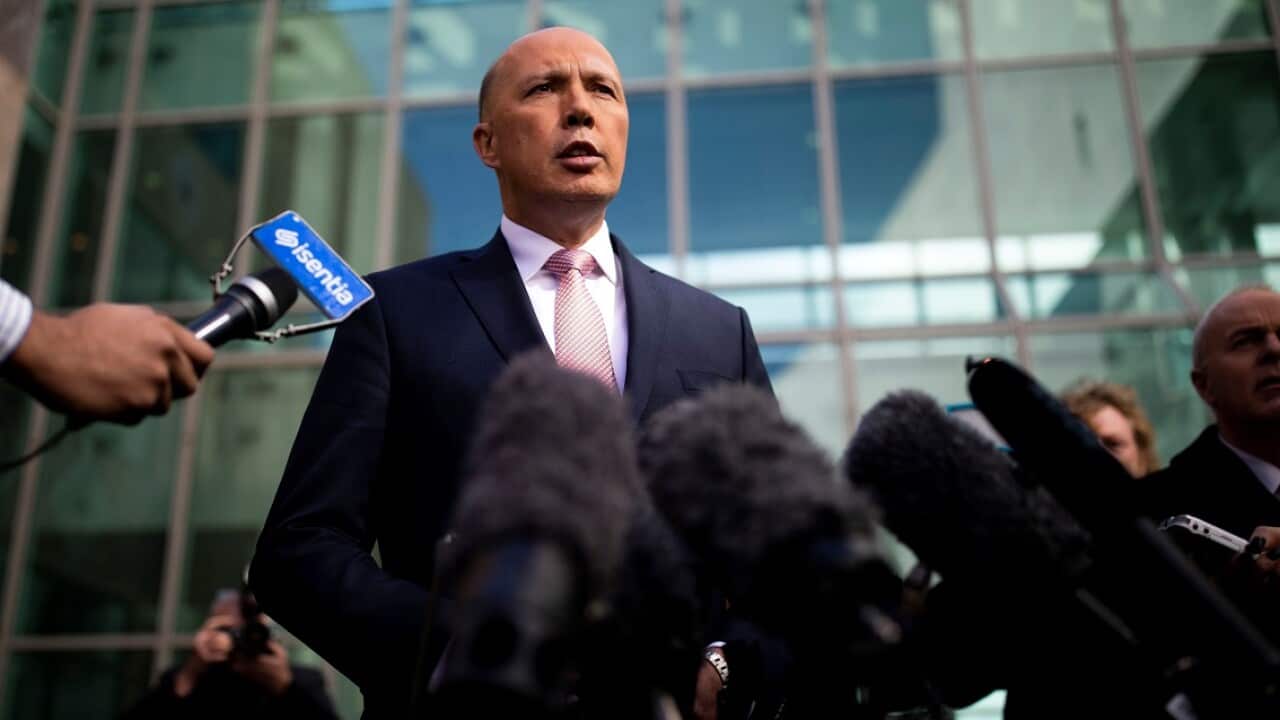 Advertisement
But there were some caveats. The solicitor-general said it was "impossible to state the position with certainty" without more detailed facts about Mr Dutton's financial stake in two childcare centres.

Prime Minister Malcolm Turnbull has
agreed to hold a leadership ballot at noon on Friday
, but only after he receives a petition signed by a majority of Liberal members.

The solicitor-general's advice broadly aligns with Mr Dutton’s latest advice from David Bennett QC, the lawyer who successfully defended Matt Canavan in the dual-citizenship trials of 2017.

Labor has already released conflicting advice and leading constitutional lawyers have described the case as a grey area.

The question comes down to whether Mr Dutton’s stake in a trustee company that operates two childcare centres constitutes a conflict of interest, given the centres receive subsidies that were legislated by the Turnbull government.

Mr Bennett argues the childcare centres do not provide services “for” the Commonwealth – rather they are just reimbursed for services they provide to parents.

He compared the situation to other kinds of people who might stand to benefit from government policies on tax or welfare payments.

“A taxpayer with a high income and a welfare recipient both have serious conflict of duty and interest but neither would fall within the class of disqualification prescribed by Section 44 [of the Constitution],” he wrote.

Attorney-General Christian Porter referred the matter to the government’s top solicitor on Wednesday evening – just as Mr Dutton’s supporters were circulating a petition and preparing for an imminent leadership challenge.

The Constitution does not allow politicians to profit from agreements with the Commonwealth, but Mr Dutton’s prior 2017 legal advice from Guy Reynolds SC also argued the money effectively flows to parents.

On the other side, several constitutional lawyers, including Sydney University’s Anne Twomey, have suggested the arrangement may breach Section 44 of the Constitution.

Labor has released its own legal advice from prominent lawyer Bret Walker SC, who said it was his opinion that Mr Dutton was “not entitled to continue to sit” in the parliament.

“The payment of over $2 million to the trustee of the Family Trust means that Mr Dutton as a so-called beneficiary has a pecuniary interest,” Mr Walker wrote in his detailed 17-page argument.

Only the High Court can decide on Constitutional questions.

Childcare centres around the country have been receiving direct government subsidies since July 1, when the government changed the laws so payments were made to centres instead of parents.

Mr Dutton could be referred to the High Court through a vote of the House of Representatives, where the Turnbull government still maintains a one-seat majority.

In Question Time on Wednesday, Labor asked the prime minister if he would support a referral.

“The member for Dickson [Mr Dutton] has advised me that he has legal advice that he is not in breach of Section 44, and I therefore have no reason to believe that he is,” Malcolm Turnbull said.

Labor moved to refer Mr Dutton to the High Court on Thursday morning but the motion was defeated by one vote.

A Liberal leadership ballot is expected on Friday, with a possible three-way contest emerging between Julie Bishop, Scott Morrison and Peter Dutton.