The change in South Australia leaves only Western Australia without similar legislation. 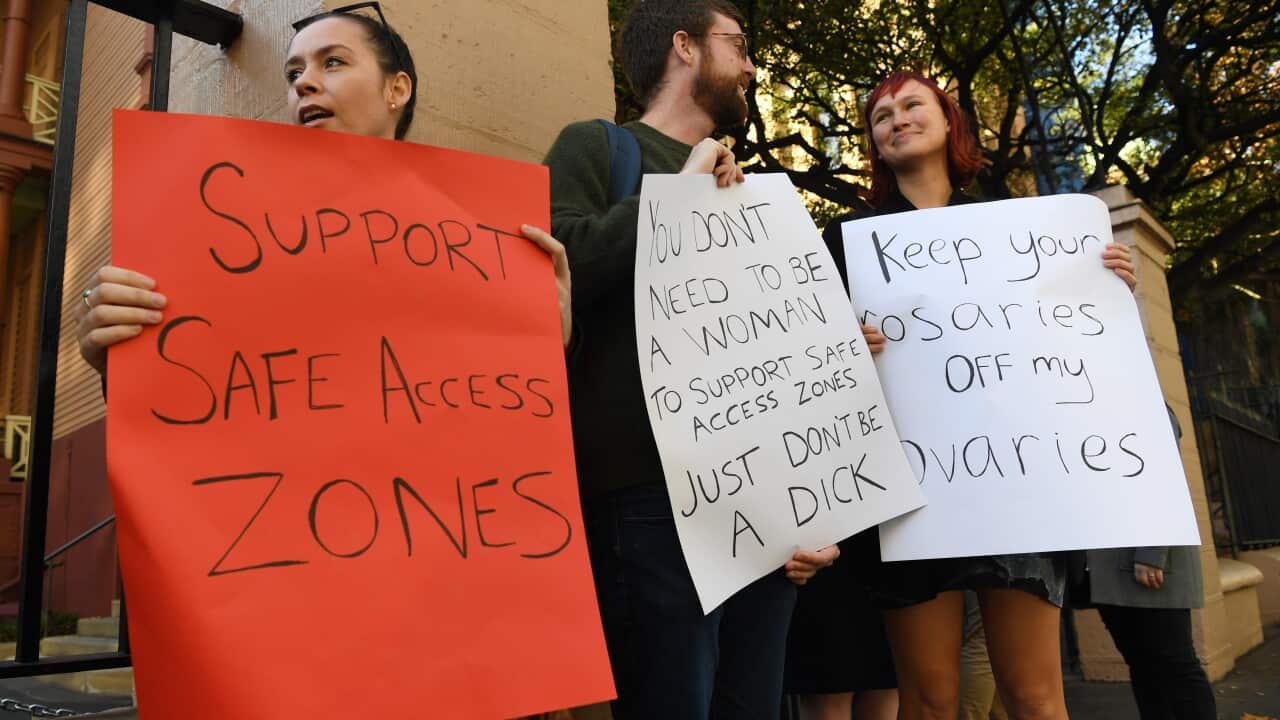 The new provisions, passed on Wednesday night, create a 150-metre exclusion zone from the entrance of any facilities that provide abortion services, making protesting within that area illegal.

Greens MP Tammy Franks, who introduced the legislation in the upper house, said the change would protect patients and workers from harassment.

Advertisement
"For too long our dedicated health workers and the patients for whom they provide care were subjected to harassment, intimidation, and threats while trying to access or provide abortion services," she said.

"Finally, South Australia has said no more to women and workers being made to run a gauntlet of protest and preaching."

Labor MP Nat Cook, who moved the bill in the lower house, where it was passed 34 votes to nine, also hailed its passing.

Monique Hurley, a lawyer with the Human Rights Law Centre, said on Twitter the changes would mean women will no longer "have to run a gauntlet of abuse ... just to see their doctor".

The changes were also welcomed by Our Watch chair Natasha Stott Despoja, who earlier this week was elected to the United Nations' Committee on the Elimination of Discrimination Against Women. She will be the first Australian to sit on the committee in 28 years.

"Great to see cross-party action on this matter," she said on Twitter. "Been a passionate supporter of these zones for a long time. To see my home state taking action makes me proud."

The change in South Australia leaves only Western Australia without similar legislation, but laws to create safe access zones there are already under debate.

It also comes as the South Australian parliament
starts to consider other legislation to remove abortion from the state's criminal code
and treat it entirely as a health issue.

Under the proposed laws, an abortion can be performed by one medical practitioner at up to 22 weeks and six days gestation.

After that period, a practitioner can only perform an abortion if they consult with another practitioner and if both are of the view that the procedure is medically appropriate.

The bill will be subject to a conscience vote of MPs.