South Korea is in the midst of a second wave of coronavirus infections around Seoul, health authorities say. 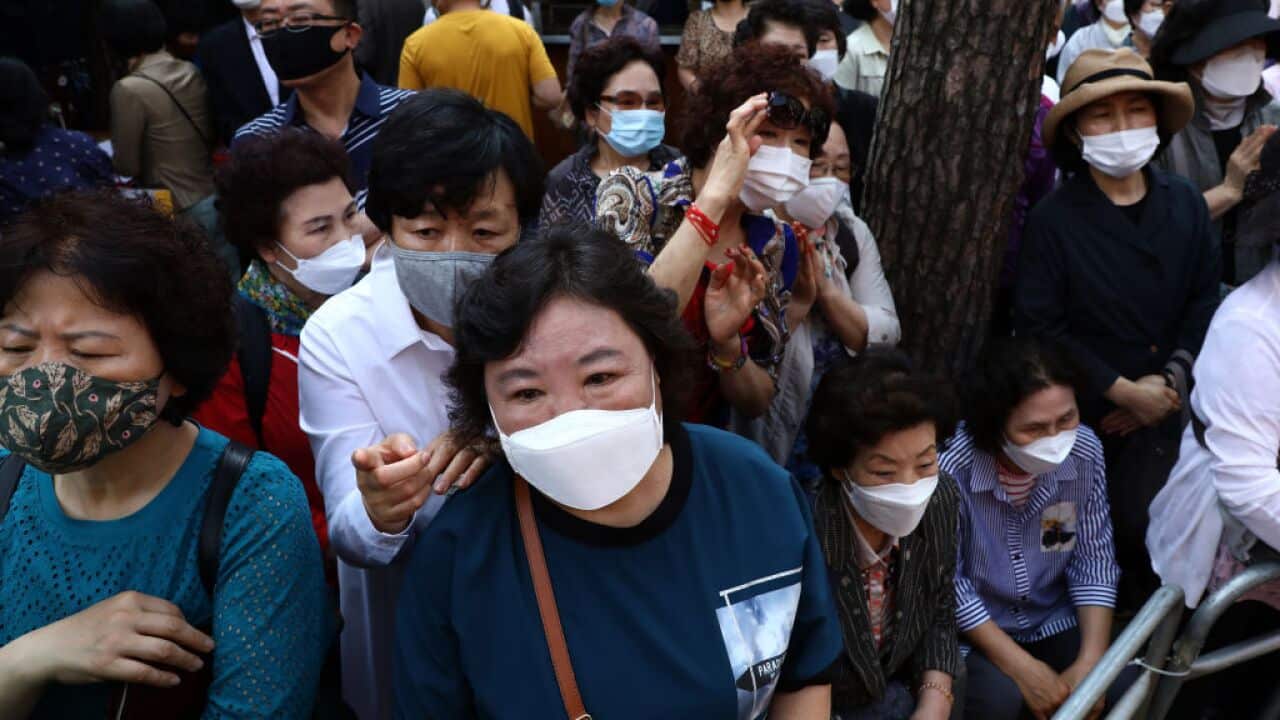 People wearing masks as they pray during a ceremony of Buddha's birthday at Jogyesa Temple on 30 May, 2020 in Seoul, South Korea. Source: Getty

South Korean authorities have said for the first time the country is in the midst of a "second wave" of novel coronavirus infections around Seoul, driven by small but persistent outbreaks stemming from a holiday in May.

But on Monday, KCDC director Jeong Eun-kyeong said it had become clear that a holiday weekend in early May marked the beginning of a new wave of infections focused in the densely populated greater Seoul area, which had previously seen few cases.

Advertisement
"In the metropolitan area, we believe that the first wave was from March to April as well as February to March," Jeong said at a regular briefing.

"Then we see that the second wave which was triggered by the May holiday has been going on."

At the end of February, South Korea reported a peak of more than 900 cases in a day, in the first large outbreak of the coronavirus outside of China.

An intensive tracking and testing campaign reduced the numbers to single digits by late April.

But just as the country announced it would ease social distancing guidelines in early May, new cases spiked, driven in part by infections among young people who visited nightclubs and bars in Seoul during the holiday weekend.

A South Korean woman receives body temperature check from soldier as she visits at the Seoul National Cemetery. Source: Getty

Seoul Mayor Park Won-soon told a briefing that while daily numbers may be at manageable levels, if recent infection rates continued the city could soon see hundreds of cases a day.

As of midnight Sunday, South Korea reported 17 new coronavirus cases, the first time in nearly a month that daily new cases had dropped below 20. It was a drop from the 48 and 67 cases reported in the previous two days.