Spanish Roman Catholics have condemned "grotesque" figurines of a revered Virgin Mary depicted in the act of defecating. 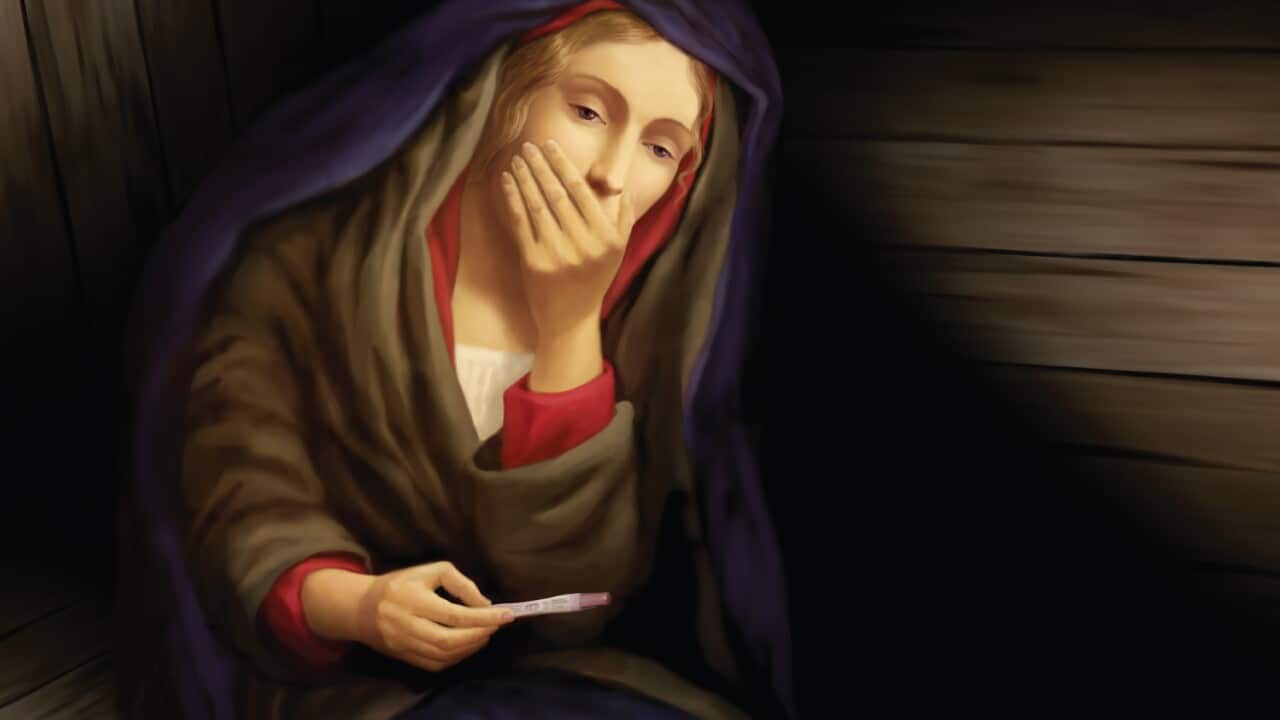 The defecating Virgin Mary joins a list of other controversial depictions. Source: SBS

The northeastern region of Catalonia has a tradition of producing "caganer" statuettes, which depict bare-bottomed celebrities defecating.

The ceramic figurines have been sold in Catalonia since the 18th century to be placed in Christmas nativity scenes for good luck.

But some Roman Catholics were outraged by one of this year's subjects: the Virgin of Montserrat, a black statue of the Virgin Mary and infant Christ.

Advertisement
Believed to date back at least to the Middle Ages, the Madonna stands in the Santa Maria de Montserrat Abbey, near Barcelona.

It is one of Catalonia's emblematic religious icons, popularly known as "La Morenita" (The Little Dark One) because of its colour.

"Using the image of the Virgin of Montserrat for this grotesque figurine seems to us a sign of insensitivity and lack of respect to many people who could feel their beliefs are hurt," the abbey's prior, Ignassi Fossas, wrote in a letter.

A Roman Catholic association, "e-Cristianos", said it planned to sue the manufacturer for "attacking the respect and dignity of religious symbols."

Leading "caganer" maker Alos y Pla, which made the figurine, said it did not intend to offend anyone.

"We did it with good intentions and affection for this figurine, which is so Catalan," said one of the family firm's members, Marc Alos.

"We are a family firm of three people. A legal suit is too much for us," he said, adding that the situation was unprecedented for the company.

The firm, which in previous years has depicted US President Barack Obama, Barcelona footballer Lionel Messi and the Rolling Stones' singer Mick Jagger, added new characters to the line-up this year, including the Virgin of Montserrat, and Pope Francis.