'Spreading rapidly': The WHO warns Delta is the 'most transmissible variant' so far

The World Health Organization is warning the Delta variant is the "most transmissible variant identified so far" as medical experts say it also bypasses any immunity from a previous infection. 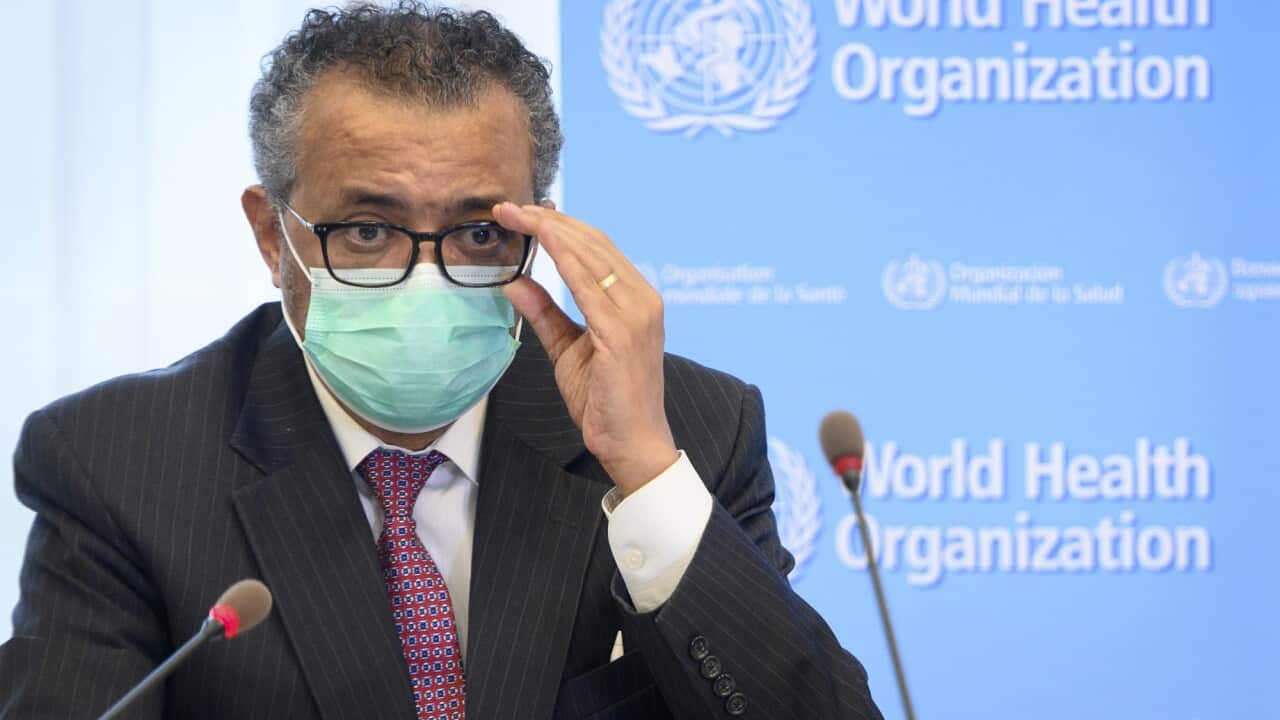 The highly-contagious Delta variant is causing a surge in new COVID-19 cases even in countries with high vaccination rates - and experts warn that immunisation campaigns are in a race against time to contain it.

Globally, the pandemic is still slowing down, with the World Health Organization (WHO) reporting the lowest number of new cases worldwide since February and decreasing deaths attributed to the coronavirus.

But concerns are growing about the variant, prompting new restrictions in countries that had previously managed to control their epidemics.

"Globally there is currently a lot of concern about the Delta variant - and WHO is concerned about it too," WHO chief Tedros Adhanom Ghebreyesus told a press conference on Friday.

"Delta is the most transmissible of the variants identified so far, has been identified in at least 85 countries and is spreading rapidly among unvaccinated populations.

"As some countries ease public health and social measures, we are starting to see increases in transmission around the world."

Cases are on the rise in Russia, Australia, Israel and across parts of Africa, in part due to Delta.

Other countries fear they could be next.

Dr Mike Ryan, director of WHO’s Health Emergencies Program, said the precise mechanism of how quickly the Delta variant spreads is still unknown, but the "fleeting" transmission of a few seconds is scientifically possible.

"The virus may be more efficient at infecting cells and you need less virus to cause an infection," he told reporters in an online media briefing from Geneva.

"How much virus do you need to be contaminated by or inhale before you reach a dose that causes you to have an infection? That’s not even known for the previous strains and it’s not fully understood for these newer strains - Delta strain included."

Epidemiologist Maria Van Kerkhove said the evolution of COVID-19 is being closely studied by scientists.

The Delta variant of SARS-CoV-2 was first detected in India where it began circulating around April.

In Europe, Delta initially gained a foothold in Britain, where it quickly outpaced the previous variant of concern Alpha, and now comprises 95 percent of all sequenced cases in England.

The pattern has been repeated elsewhere.

In the United States last week, 35 percent of positive tests that were sequenced were identified as the Delta variant, up from about 10 percent on June 5 - numbers similar to what is being observed in Israel.

The European Centre for Disease Control (ECDC) has estimated Delta could account for 70 percent of new infections in the EU by the beginning of August and 90 percent by the end of that month.

Top US infectious disease scientist Anthony Fauci called the variant the "greatest threat" to efforts to control the virus and urged an acceleration in vaccinations, American media reported on Tuesday.

While several studies have shown that vaccines are slightly less effective against Delta, they are still highly effective - but only after the second dose.

Protection after only one dose, however, is much weaker - 35 percent.

Delta is so contagious that experts say more than 80 percent of a population would need to be jabbed in order to contain it - a challenging target even for nations with significant vaccination programmes.

In Africa, the WHO estimates that only one percent of the population is fully vaccinated -- the lowest ratio globally.

Tedros said there was a "worrying trend in Africa, It's becoming so dangerous".

The Delta variant has been reported in 14 African countries, accounting for most new cases in the Democratic Republic of Congo and Uganda.

Vaccine doses flowing through the Covax scheme to poorer countries have all but dried up, the WHO said Friday.

"The world is failing," with lack of access to jabs causing a two-track pandemic, said Tedros, pleading: "Just give us the vaccines."

A further complication is that Delta largely seems to bypass immunity that might be conferred by a previous infection, said Samuel Alizon, a biologist specialised in infectious disease modelling.

"We can't really rely on natural immunity any more," he told AFP.

With large numbers of younger people remaining unvaccinated, tough measures may have to be reintroduced to stop the spread, even in nations where large-scale vaccine roll-outs had held out the promise of reopening.

In Europe, the ECDC warned that any further relaxation of containment measures would risk a surge in new cases across age groups.

Some countries, such as Israel and Australia, have already announced a return to certain restrictions.

"Our goal is to end it," said Israel's prime minister Naftali Bennett, "to take a bucket of water and pour it on the fire when the fire is still small."