Sri Lanka has announced using a controversial anti-terror law to deal with religious extremism and gave itself sweeping powers to detain suspects for up to two years for 'deradicalisation'. 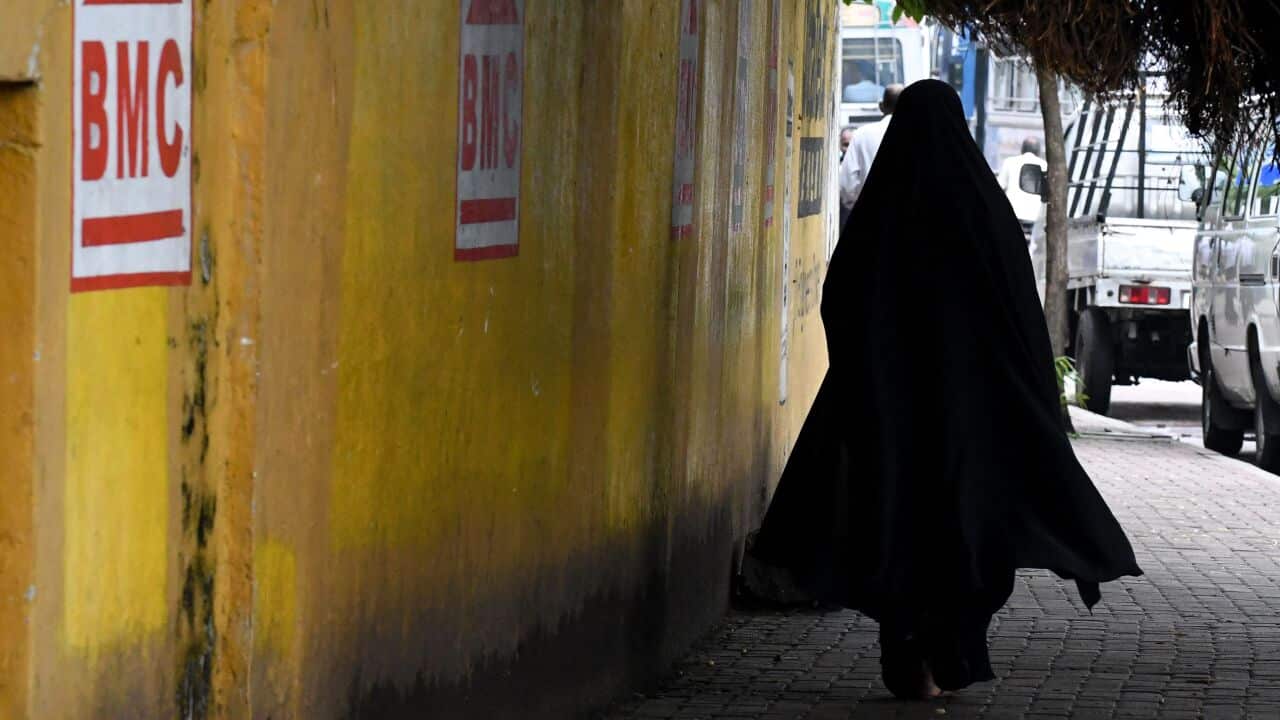 Sri Lanka has moved to ban the burqa. Source: AFP

Sri Lanka will ban the wearing of the burqa and shut more than a thousand Islamic schools, a government minister said on Saturday, the latest actions affecting the country’s minority Muslim population.

The country also announced using a controversial anti-terror law to deal with religious extremism and gave itself sweeping powers to detain suspects for up to two years for "deradicalisation".

President Gotabaya Rajapaksa promulgated regulations allowing the detention of anyone suspected of causing "acts of violence or religious, racial or communal disharmony or feelings of ill will or hostility between different communities".

The rules, effective Friday, have been set up under the Prevention of Terrorism Act (PTA), which both local and international rights groups have repeatedly asked Colombo to repeal.

Sri Lanka's previous government, which was defeated by Mr Rajapaksa at 2019 elections, had pledged to repeal the PTA after admitting it seriously undermined individual freedoms, but failed to do so.

Mr Rajapaksa, who came to power with a promise to battle Islamic extremism, announced the "deradicalisation from holding violent extremist religious ideology" measures in a gazette notification seen by AFP Saturday.

Separately, minister for public security Sarath Weerasekera told a news conference he had signed a paper on Friday for cabinet approval to ban the full face covering worn by some Muslim women on “national security” grounds.

“In our early days Muslim women and girls never wore the burqa,” he said. “It is a sign of religious extremism that came about recently. We are definitely going to ban it.”

The wearing of the burqa in the majority-Buddhist nation was temporarily banned in 2019 after the bombing of churches and hotels by Islamic militants that killed more than 250.

Mr Rajapaksa, best known for crushing a decades-long insurgency in the north of the country as defence secretary, was
elected president after promising a crackdown on extremism
.

Mr Rajapaksa is accused of widespread rights abuses during the war, charges he denies.

Mr Weerasekera said the government plans to ban more than a thousand madrassa Islamic schools that he said were flouting national education policy.

“Nobody can open a school and teach whatever you want to the children,” he said.

The government’s moves on burqas and schools follow an order last year mandating the cremation of COVID-19 victims - against the wishes of Muslims, who bury their dead.

This ban was lifted earlier this year after criticism from the United States and international rights groups.

The moves come ahead of the second anniversary of the 2019 Easter Sunday attacks that killed 279 people and wounded over 500.

The coordinated suicide bombings, against three churches and three high-end hotels, were blamed on a local Islamic extremist group.

But the new regulations do not only target Islamic extremism and could apply to any religious group or community.

A presidential commission that probed the attacks called for the banning of both Islamic extremists as well as ultra-nationalist Buddhist groups, which were accused of feeding off each other.

Tensions between Sri Lanka's minority Muslims and the majority Buddhists resurfaced after the 2019 bombings, which also seriously damaged the country's tourism-reliant economy.