There has been a major shake-up of Sri Lanka's security services. 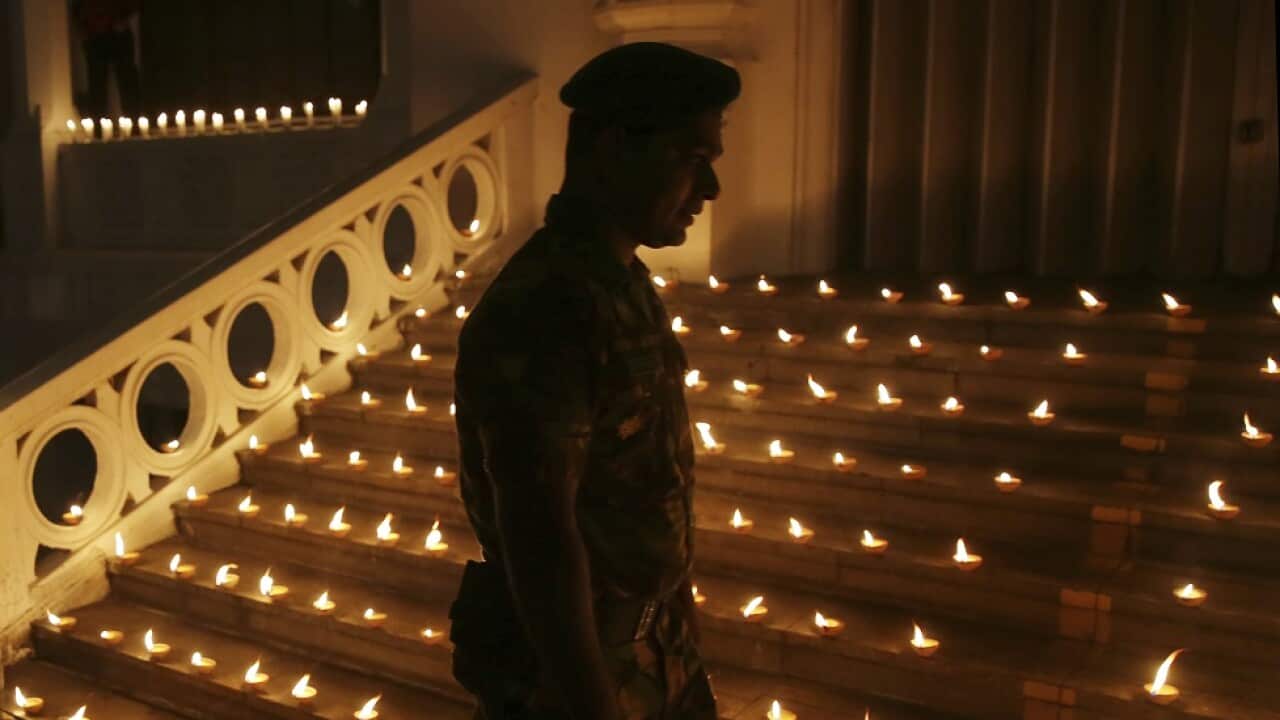 Sri Lanka's president suspended the chief of police on Monday and appointed a new defence secretary in a shake-up of the shell-shocked country's security services following the
Easter Sunday terror attacks
.

Intelligence warnings from abroad alerting to possible attacks by Islamist extremists were ignored ahead of the multiple bombings of churches and upscale hotels on April 21 that killed 253 people and injured nearly 500.

Chief of police Pujith Jayasundara had refused to quit to clear the way for a shake-up of the 85,000-strong force, prompting President Maithripala Sirisena to suspend him on Monday.

Separately Sirisena appointed on Monday a former head of the army, Shantha Kottegoda, as the country's top defence official.

His predecessor at the ministry of defence and law and order, Hemasiri Fernando, stepped down on Thursday in the wake of the attacks, which were claimed by the Islamic State group.

Sri Lanka remains on high alert in the wake of the coordinated strikes. Source: SBS

General Kottegoda, 69, was forced to retire as head of the army in December 2005, by then-president Mahinda Rajapakse.

Sirisena said an intelligence agency from a neighbouring country had provided precise details of the impending attack 17 days in advance, but local authorities had failed to take counter measures.

Official sources said the president was referring to information provided by India's Research and Analysis Wing which apparently gleaned details of the Easter attacks from a jihadist suspect in Indian custody.

The government has since declared a state of emergency and deployed thousands of troops for search operations against Islamist extremists.

Security forces searched a Muslim burial ground in Colombo Monday following information that explosives had been hidden there, but the troops did not find any, officials said.

However, cordon and search searches were carried out across the country and 13 foreign nationals overstaying their visas were arrested, police said.

It was not clear if the foreigners - 10 Nigerians and one each from India, Iran and Thailand - were linked to religious extremists or the Easter attacks.

Over 150 people have been arrested since April 21 and more than 15 people killed in raids.