'Sticking our head in the sand': WA criticised for delaying border reopening

The state will not be reopening to the rest of the country next month as planned. 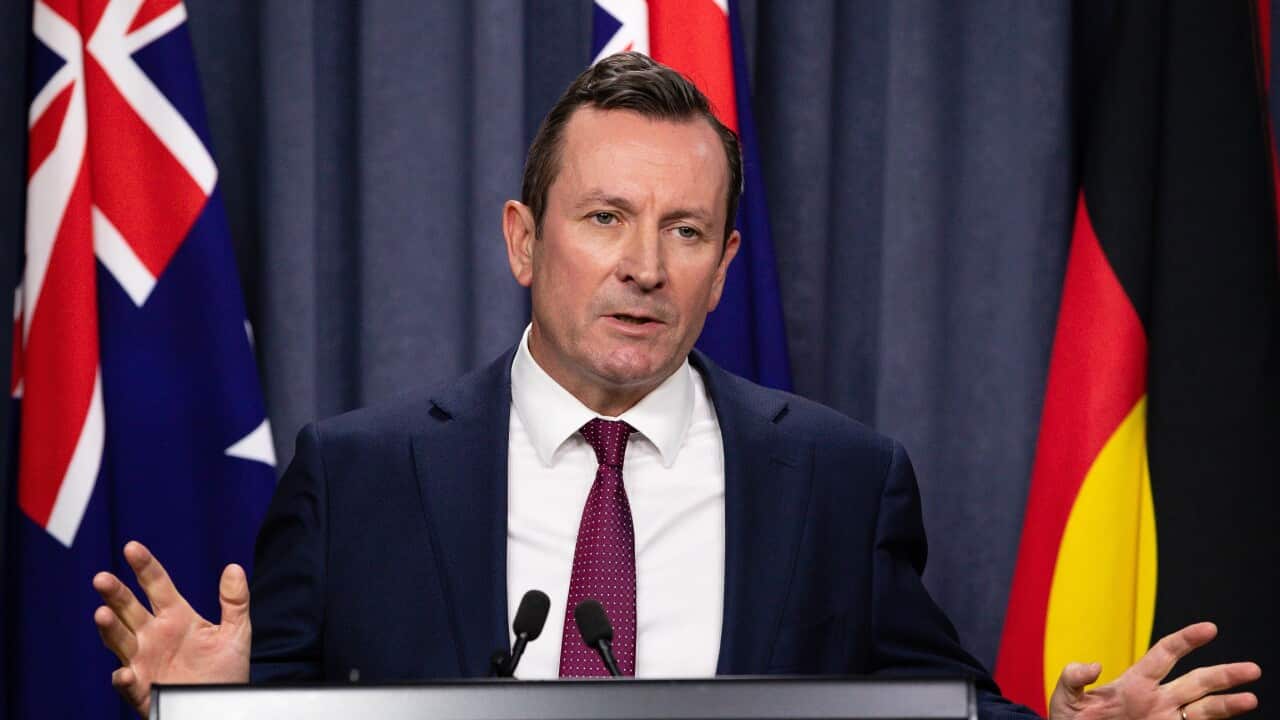 West Australians face being trapped indefinitely within their own state after Premier Mark McGowan broke his promise to reopen the state's borders next month.

Head of the Australian Medical Association Dr Omar Khorshid lashed out at Mr McGowan for his lack of courage.

Advertisement
"Seems WA Premier @MarkMcGowanMP is a one trick pony when it comes to #COVID19. Hard border with the rest of the country and world remains despite almost 90% vacced," the Perth-based AMA president tweeted.

"Was hoping for more courage from a Premier with an unprecedented parliamentary majority. This decision should be acknowledged as a failure by the WA govt to prepare and a broken promise.

"Omicron is here already and it will cause a significant outbreak in WA soon enough. Sticking our head in the sand won't make it go away. Let's prepare!"

Federal Treasurer Josh Frydenberg has urged Mr McGowan to be more up-front about when the state's hard-line border closures will end, telling the Seven Network: "(West Australians) would be asking, 'If not now, when?'"

Mr McGowan claimed it would be "reckless and irresponsible" to proceed with the planned reopening on 5 February given the surge in Omicron COVID-19 cases across the country.

The premier had promised to reopen the borders once the state's double-dose vaccination rate reached 90 per cent. It is currently at 89 per cent.

More compassionate exemptions will be granted from 5 February, when the hard borders had been due to be brought down.

The decision raises serious questions about the government's lack of preparedness after almost two years of border closures.

WA's hospital system has struggled under the Labor government, with doctors and nurses concerned it could not handle a surge in COVID-19 cases.

"If we proceeded with the original plan, we would be deliberately seeding thousands upon thousands of COVID cases into WA and at this point in time, that is not what I'm going to do," Mr McGowan told reporters.

Interstate travellers will be allowed to self-quarantine but must be triple-dose vaccinated if eligible. Source: AAP

Anyone who makes it into WA from February 5 will still be required to quarantine for 14 days.

Mr McGowan said the hard border controls would be further reviewed over the course of the next month.

He insisted the health system was "strong and ready" but said he would like WA's third dose rate to get as high as 90 per cent.

It currently sits around 26 per cent, a level comparable with the eastern states.

Mr McGowan had said last month the only reason
WA wouldn't reopen its borders on February 5 was if there was an "unforeseen emergency"
, such as the emergence of a new deadlier strain or a realisation Omicron was deadlier than anticipated.

He insisted his position had not changed despite WA having just 79 active cases.

"People aren't going to work (in the eastern states), hospitals are overflowing, hundreds of people are dying ... shopping malls are empty," he said.

"We are doing our best to avoid that."